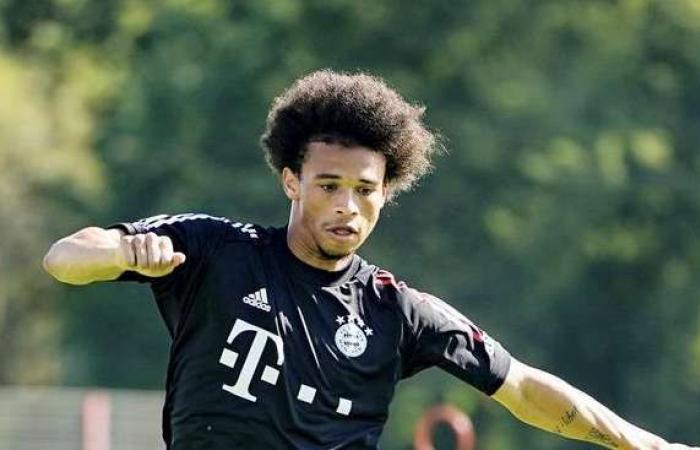 Thank you for your reading and interest in the news Leroy Sane, Thomas Muller and Bayern Munich stars prepare for ninth straight Bundesliga title shot - in pictures and now with details

Bayern stand to play 57 games in a condensed 2020/21 fixture list, due to the knock-on effects of the coronavirus pandemic, and will be able to play in front of a small number of fans for the first time since March.

Leroy Sane, signed in July from Manchester City, joined Thomas Muller, Manuel Neuer, Jerome Boateng and his new teammates as they stepped up preparations to face Schalke at the Allianz Arena.

However, they have already lost three of the Champions League-winning squad.

"We have to make up for it," coach Hansi Flick admitted with Bayern facing Sevilla in the Uefa Super Cup and Borussia Dortmund for the German Super Cup in the coming fortnight.

"They no longer beat their opponents - they destroy them."

Bayern's impressive run is down to the irresistible form of stars like Mueller and Robert Lewandowski.

Muller managed a league-record 21 assists, making a mockery of Joachim Low's decision to end his Germany career in March 2019.

Lewandowski netted 55 goals in 47 games last season, leaving him as the top-scorer in both the Bundesliga, where he hit 34 goals, and the Champions League, where he scored 15 times.

These were the details of the news Leroy Sane, Thomas Muller and Bayern Munich stars prepare for ninth straight Bundesliga title shot - in pictures for this day. We hope that we have succeeded by giving you the full details and information. To follow all our news, you can subscribe to the alerts system or to one of our different systems to provide you with all that is new.