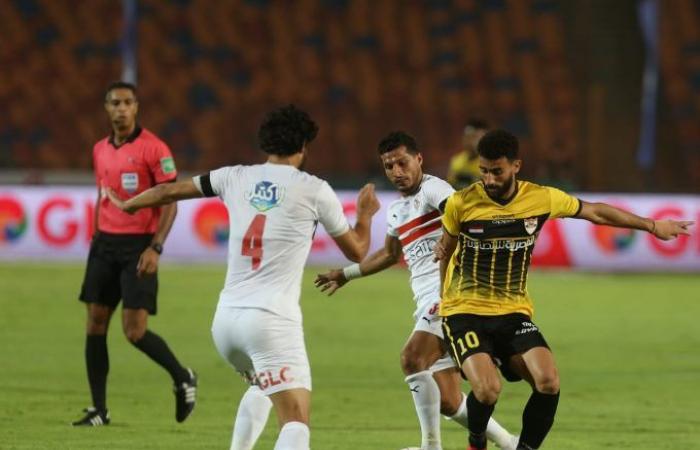 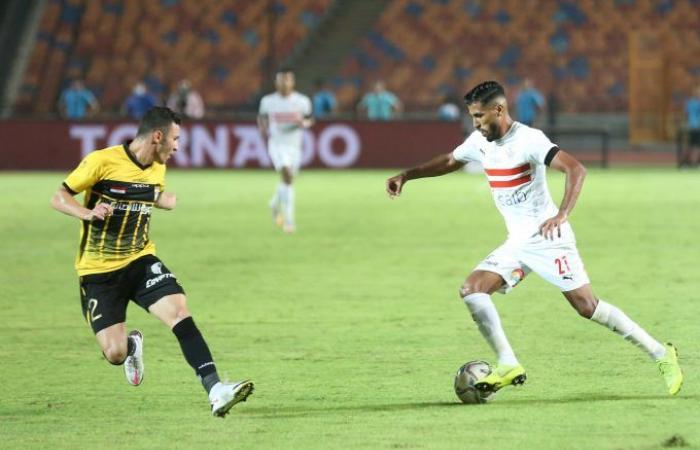 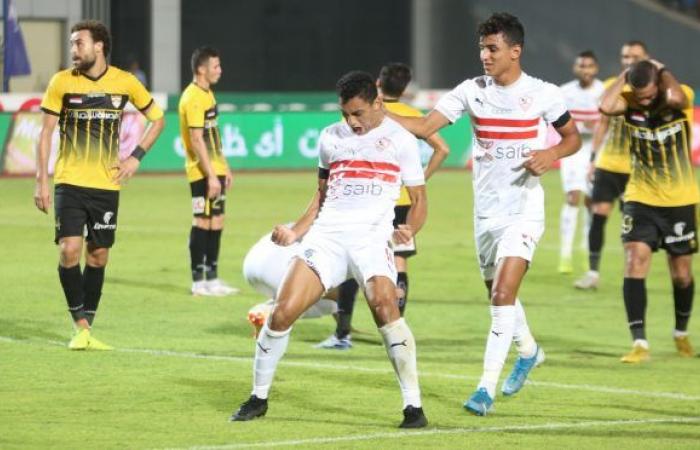 Thank you for reading the news about VIDEO: Mostafa Mohamed’s header sinks Entag El-Harby and now with the details

The White Knights almost conceded after 10 minutes when goalkeeper Mahmoud Gennesh gave away the ball to Mohamed Vieira, who fired at goal but his shot was wide.

However, Zamalek’s response came in the 28th minute of the game as Mostafa Mohamed’s header went inches away from Amer Amer’s goal.

In the 39th minute, Ahmed Sayed Zizo skipped past Entag defenders on the right-hand side of the pitch and produced a fine ball for Mohamed Ounajem but the Moroccan couldn’t find the target with his shot.

Despite a frustrating first half for the hosts, Zamalek managed to find the breakthrough in the 63rd minute of the game.

Ounajem’s delivery into the box from a corner was met with a touch by Mahmoud El-Wensh that laid off the ball to an unmarked Mostafa Mohamed who netted his ninth goal of the season.

Mohamed nearly scored again six minutes later but his powerful shot at the edge of the box forced a good save from Amer Amer.

Zamalek have now reached their 55th point at second place in the Egyptian Premier League table with just seven games remaining this season.

These were the details of the news VIDEO: Mostafa Mohamed’s header sinks Entag El-Harby for this day. We hope that we have succeeded by giving you the full details and information. To follow all our news, you can subscribe to the alerts system or to one of our different systems to provide you with all that is new.