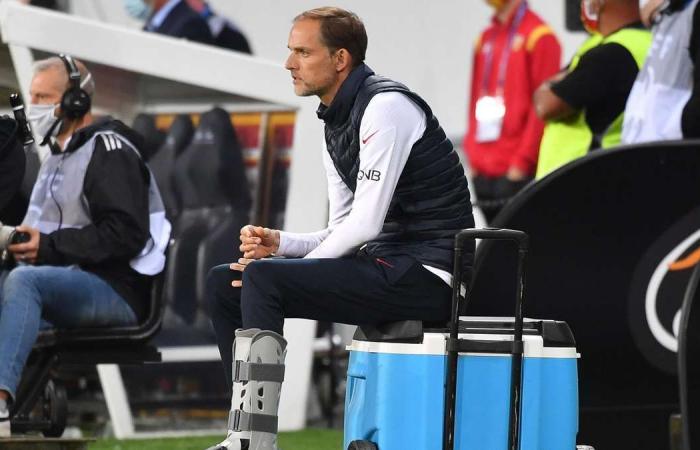 The French champions struggled in the absence of several players who tested positive for Covid-19.

Pole Bulka, 20, tried to play the ball out along the floor to a team mate but Cameroonian forward Ignatius Gango got there first to fire into the top corner and give Lens a surprise lead in the 57th minute.

Bulka, playing only his second Ligue 1 match for PSG, was one of several inexperienced players given a chance due to the number of positive tests for the coronavirus, which included first-choice keeper Keylor Navas, Neymar and Kylian Mbappe.

They could only field four players who started their 1-0 defeat by Bayern Munich in the Champions League final on August 23 and struggled to get going against a motivated Lens, who were playing their first home game back in the top flight after five years in Ligue 2.

Lens were able to enjoy the moment with 5,000 fans who were allowed into their stadium as part of an easing of coronavirus restrictions at sporting events in France.

PSG started the season later than the other teams in Ligue 1 due to reaching the Champions League final, with their first game against Metz rescheduled and the match with Lens, originally set for August 29, also pushed back.

Midfielder Marco Veratti put the defeat down to a lack of preparation time due to the Champions League final as well as the coronavirus absentees.

"I think there were a lot of factors in the defeat but we gave everything we could," he told Canal Plus.

"It was impossible to ask for better after only one week of training. Our players were very tired after the match. This sort of scheduling is very strange.

"A lot of our players were out with coronavirus and we had a lot of youngsters. It will be more of the same madness in three days [against Olympique de Marseille].

"We have to do a lot more, we have three days of training and we have to give a different image against Marseille because that match means so much to our supporters."

These were the details of the news Depleted PSG lose first Ligue 1 game of the season - in pictures for this day. We hope that we have succeeded by giving you the full details and information. To follow all our news, you can subscribe to the alerts system or to one of our different systems to provide you with all that is new.