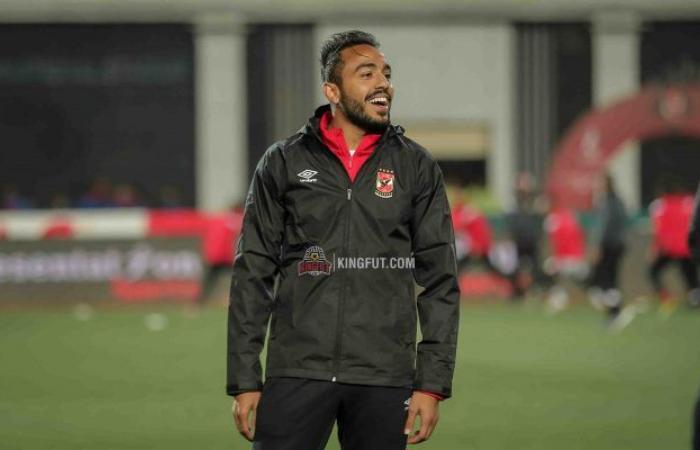 Dubai - Yasmine El Tohamy - Al Ahly have announced their 22-man squad to face Ismaily in the Egyptian Premier League, which saw the return of Mahmoud Kahraba.

Kahraba was handed a 10-match ban after getting into a physical altercation with Zamalek’s Emam Ashour during the Egyptian Super Cup.

He will now make his first official appearance for the Red Devils since the resumption of all football activities in the country.

The squad also saw the return of Amr El-Solaya who recovered from his minor injury while Mahomud Wahid also made the cut.

These were the details of the news Kahraba returns as Al Ahly announce squad for Ismaily clash for this day. We hope that we have succeeded by giving you the full details and information. To follow all our news, you can subscribe to the alerts system or to one of our different systems to provide you with all that is new.