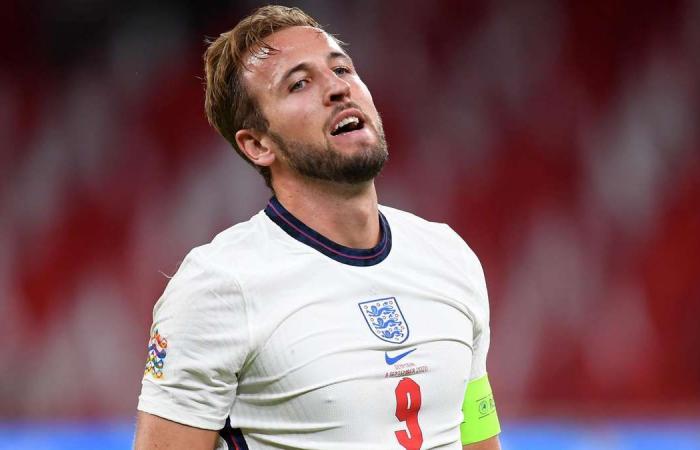 Thank you for your reading and interest in the news Conor Coady 8, Harry Kane 6, Jadon Sancho 4: England player ratings against Denmark and now with details

Hind Al Soulia - Riyadh - ENGLAND RATINGS: Jordan Pickford - 7: Not hugely troubled. One decent stop at his near post from a fierce Kasper Dolberg drive. Shots at his goal generally flew high or wide. Will have been relieved to see Christian Eriksen blaze over with superb second-half chance.Getty

Trent Alexander-Arnold - 6: Right wing-back was England's best attacking option in the first half, which isn't saying much. Found a bit of space and produced a couple of decent crosses. The new PFA Young Player of the Year tired as the match wore on. PA

Joe Gomez - 7: Solid from the Liverpool player and did well alongside debutant Coady. Getty

Conor Coady - 8: Wolves defender certainly not short of confidence on his debut. Vocal, some decent balls out of defence. One excellent challenge to win ball then backheel to a teammate in first half. Good performance. PA

Eric Dier - 5: Troubled a few times in first half. First, turned inside out by Dolberg who drove over the bar. Then former Spurs teammate Eriksen skipped past him all too easily before supplying Dolberg with another chance. Reuters

Kieran Trippier - 5: A right footer playing at left-wing back. And it showed. Too often looking backwards rather than forwards with the pass. One decent cross to set up Kane chance in second half. Getty

Kalvin Phillips - 5: Used to playing as lone deep-lying midfielder for Leeds, struggled alongside Rice. Barcelona attacker Martin Braithwaite skipped past him very easily before firing in shot in opening half. Showed good persistence and decent pass to send Kane on second-half run. Replaced with 15 minutes to go. Getty

Declan Rice - 5: Having two defensively-minded players in centre-midfield hindered England and they lacked creativity having Rice and Phillips together. AFP

Jadon Sancho - 4: No hint of his sparkling Borussia Dortmund form here. Made no impact, like the rest of his teammates, and was hooked before the hour mark. Reuters

Raheem Sterling - 6: Always lively, trying to make things happen. Certainly looked more likely to do so than most of his teammates. Forced comfortable save from Kasper Schmeichel with his first shot on goal after 70 minutes. PA

Harry Kane - 6: Barely touched the ball in the first half when England offered no attacking threat due to their ponderous midfield. Fired first chance early in second half straight at Schmeichel but was well offside anyway. Second opportunity blocked by teammate Sterling. Third chance he headed Trippier cross just over. Unlucky to see fourth and final shot cleared off line. Getty

Jack Grealish - (on for Phillips 76') 6: As soon as he came on, showed he wasn't afraid to try and beat his man. Should have been on earlier. Getty

Ainsley Maitland-Niles - (On for Alexander-Arnold 87') NA: Another to make his debut. Albeit for a few minutes. PA

These were the details of the news Conor Coady 8, Harry Kane 6, Jadon Sancho 4: England player ratings against Denmark for this day. We hope that we have succeeded by giving you the full details and information. To follow all our news, you can subscribe to the alerts system or to one of our different systems to provide you with all that is new.