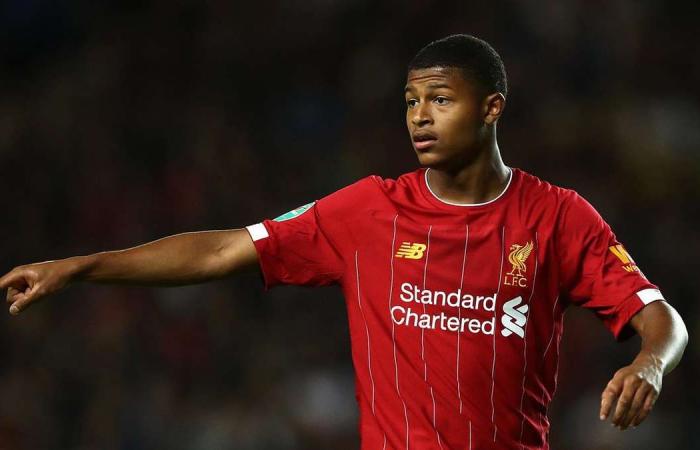 Thank you for your reading and interest in the news Rhian Brewster, Aaron Ramsey, Dwight Gayle: 5 players Newcastle should sign, 5 who should leave this transfer window and now with details

Hind Al Soulia - Riyadh - IN: Goals were in short supply for Newcastle last season - Miguel Almiron top-scored in all competitions with just eight - so a new striker is paramount. Young Liverpool striker Rhian Brewster enjoyed a successful loan spell at Championship side Swansea last season and is unlikely to get much of a look-in at the Premier League champions this campaign. A step up in level on another loan deal would be beneficial to player and club - and the 20-year-old could provide Newcastle with a much-needed goals boost. Getty

OUT: It might seem odd to sell a striker when Newcastle need goals, but Dwight Gayle has generally struggled to score in the top-flight and the 30-year-old could bring in some much-needed funds. Gayle is prolific in the second tier and there will be a host of clubs willing to splash out on a player who can guarantee you 20 goals in the Championship. Getty

IN: Left-back Ryan Sessegnon struggled to make an impact in his first season at Tottenham Hotspur making just 12 appearances in all competitions and needs game time. The 21-year-old remains highly-rated, though, and it seems unlikely Jose Mourinho would allow him to go on a permanent basis so a loan deal might suit all parties. Sessegnon's Spurs teammate Danny Rose had a solid if unspectacular spell on loan at Newcastle last season. Getty

OUT: French defender Florian Lejeune looked a class act when he joined the club in 2017 but has suffered a nightmare run of serious knee injuries. Managed 12 league appearances in 2018–19 and just six last season. Days as a top-flight player look over for the 29-year-old. Getty

IN: Winger Demarai Gray joined Leicester in 2016 for around £4m but has proved a frustrating players for fans and successive Leicester managers. Now 24, Gray remains a hugely exciting, if massively inconsistent, player who has the potential to be a huge success in the Premier League. A new club and surroundings might be the kick up the backside his needs. Getty

OUT: Japanese striker Yoshinori Muto was signed by previous Magpies manager Rafa Benitez for £9.5m from German club Mainz in 2018 but has barely played, managing just 27 appearances and two goals over two campaigns. The 28-year-old was not trusted by either Benitez or Steve Bruce and needs a move to kick-start stalled career. Getty

IN: Aaron Ramsey's brief spell at Serie A giants Juventus looks set to come to an end with new manager Andrea Pirlo looking to refresh the Bianconeri squad and clear the decks of some of their biggest earners. The former Arsenal midfielder will have to take considerable cut on the reported £400,000-a-week wage packet he secured at Juve after joining as a free agent, even with reported Premier League interest from the likes of West Ham and Crystal Palace. Persuading Ramsey, 29, to swap one black and white kit for another would represent a considerable coup for Newcastle and be a sign of ambition from owner Mike Ashley. Hence, there is little or no chance of it happening. Getty

OUT: Jacob Murphy was another Benitez signing that has failed to work out. Winger was highly-rated when he joined from Norwich City for £12m in 2017 but has spent most of the last two seasons out on loan at Championship sides West Bromwich Albion and Sheffield Wednesday, with the latter keen to have him back on loan this season. Needs a permanent home. Getty

IN: There are no shortage of takers for 28-year-old striker Callum Wilson who is set to leave relegated Bournemouth, with West Ham, Spurs and Fulham all linked with a move. Showed with his 14 Premier League goals in 2018/19 season that he can be a regular scorer in the top-flight and has won four England caps in the last two campaigns, notching on his debut in a friendly against the USA. Reuters

OUT: Winger Christian Atsu was signed by Newcastle first on loan in 2016 from Chelsea, then on a permanent £6.2m deal a year later. The 28-year-old Ghanaian has had his moments on Tyneside but they have been few and far between. Increasingly limited to cameo substitute appearances. AFP

These were the details of the news Rhian Brewster, Aaron Ramsey, Dwight Gayle: 5 players Newcastle should sign, 5 who should leave this transfer window for this day. We hope that we have succeeded by giving you the full details and information. To follow all our news, you can subscribe to the alerts system or to one of our different systems to provide you with all that is new.