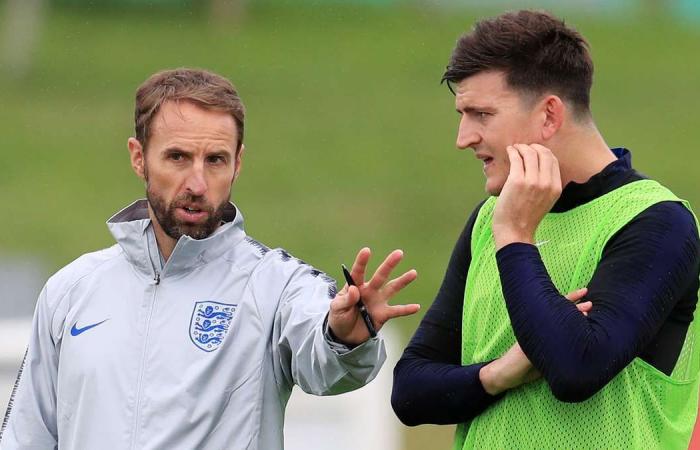 Maguire was given a suspended prison sentence of 21 months and 10 days but he immediately said he would appeal against the verdict and was confident he would be proved innocent.

He had pleaded not guilty to the charges that arose after an incident on the Greek island of Mykonos.

Police claimed the England defender had tried to pay them off after being arrested by saying: “Do you know who I am? I am the captain of Manchester United, I am very rich, I can give you money, I can pay you, please let us go.”

The 27-year-old player, his brother Joe and a friend had denied claims they had assaulted three officers but were found guilty by three judges of “physical harm, revilement against three or four police, resisting arrest and multiple attempted bribery."

Maguire said in a statement: “I have instructed my legal team with immediate effect to inform the courts we will be appealing.

"I remain strong and confident regarding our innocence in this matter - if anything myself, family and friends are the victims.”

United provided a supportive statement, noting Maguire’s lawyers had been denied in their request to adjourn the trial, but manager Ole Gunnar Solskjaer faces a decision on whether to strip Maguire of the captaincy he was given in January, five months after becoming the world’s most expensive defender when he moved to Old Trafford for £80 million (Dh385.6m).

Maguire was called up to the England squad earlier on Tuesday, before the verdict from Syros was announced.

England manager Gareth Southgate gave the defender his support and a tribute but said he could drop Maguire if he feels he has been misled.

Maguire apologised to Southgate for the negative publicity he brought on the England team but the manager said the centre-back’s version of events is very different to how they were portrayed.

Southgate had given Maguire the benefit of the doubt as he named him in a 24-man squad, which included first call-ups for Phil Foden, Mason Greenwood and Kalvin Phillips, to face Iceland and Denmark in the Nations League next month.

“It is clearly a decision that is not straightforward,” Southgate said. “I could only take it on the information I have. I have spoken with Harry. I have insight which is very different to what has been reported and you can only make decisions on facts you are aware of.

"If facts or information change, I have to review that decision. Harry has been an outstanding character for us. I have no reason to doubt what he is telling me and it is important to know he has my support at this moment.

“Harry regrets the fact he has brought that sort of focus on the team and he apologised for that but he also has his own side of the story, which I think will come out in time.”

Southgate has long urged his players to be role models and added: “We recognise that if you are a player with England, that has a profile and there are expectations.”

Phillips received his first England call-up before making his Premier League debut but Southgate highlighted the impact of Marcelo Bielsa’s management at Leeds and his ongoing search for a holding midfielder.

He called a surprised Phillips on Tuesday morning and added: “Kalvin is a player who we have been very impressed in the particular role he plays at Leeds. It is extremely well coached. It is a position we need competition for places in.”

Foden and Greenwood were rewarded for their summer form, with the City midfielder scoring five goals in June and July and the 18-year-old United forward taking his tally to 17 goals in his debut season.

“They have both have been excellent in the period post-lockdown,” Southgate said. “They played big matches and made a big impact. They have the potential to be England internationals for a long time to come. That is up to them.”

Southgate did not name a specialist left-back in his squad with Ben Chilwell injured, but Kyle Walker was recalled as one of three right-backs while his City team-mate John Stones was dropped.

Jordan Henderson, Ross Barkley and Alex Oxlade-Chamberlain were also ruled out while Southgate omitted Dele Alli, James Maddison and Jack Grealish. There were also recalls for the Southampton pair of Danny Ings and James Ward-Prowse.

These were the details of the news Manchester United captain Harry Maguire found guilty on all charges in Greece for this day. We hope that we have succeeded by giving you the full details and information. To follow all our news, you can subscribe to the alerts system or to one of our different systems to provide you with all that is new.