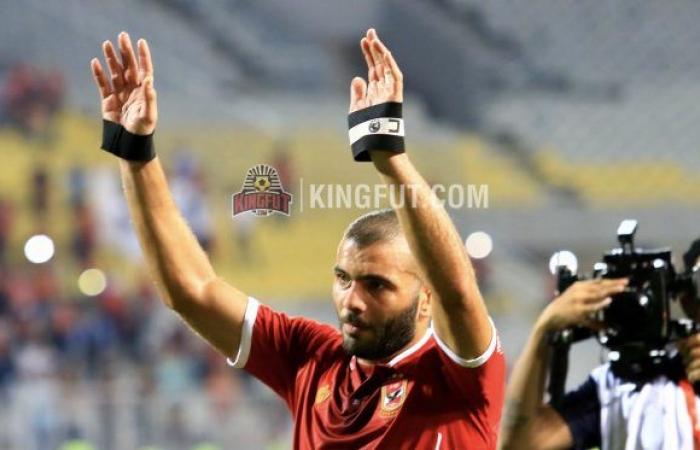 The Red Devils suffered a disappointing 3-1 defeat to arch-rivals Zamalek on Saturday evening.

Ahmed Sayed Zizo opened the scoring for Zamalek before Yasser Ibrahim equalized for Al Ahly as late goals from Mostafa Mohamed and Osama Faisal secured all three points for the White Knights.

During the game, Al Ahly had an opportunity to score late in the second half as Aliou Badji passed the ball to Marwan Mohsen, who let the ball go as he thought he was offside.

“Marwan Mohsen should take a vacation from football,” Meteb told ON Time Sports.

“As a centre-forward, you should be aware of your position and the opposing defenders on the pitch.

“If he sees that none of his teammates are helping him on the pitch, then he’s the one not helping himself.

“He’s not thinking clearly and his head is certainly not in the game,” he added.

Despite their defeat, Al Ahly still remain top of the Egyptian Premier League table with 56 points after 21 games played.

These were the details of the news Emad Meteb slams Al Ahly’s Marwan Mohsen following Cairo derby defeat for this day. We hope that we have succeeded by giving you the full details and information. To follow all our news, you can subscribe to the alerts system or to one of our different systems to provide you with all that is new.