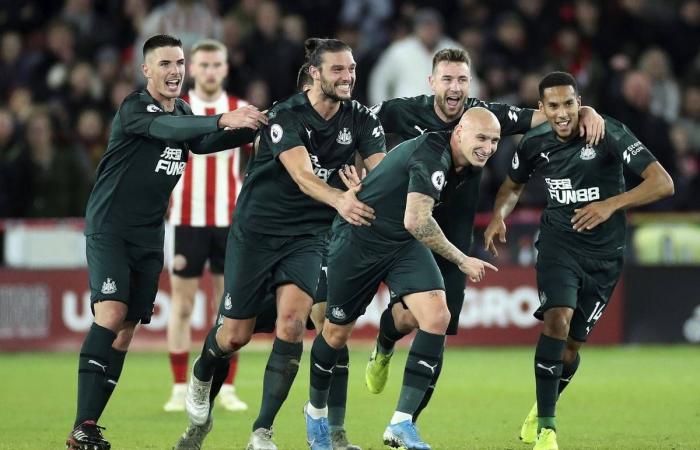 Bellagraph Nova Group, which operates across 100 countries in fields ranging from finance to sport, healthcare and luxury goods, said it has given Newcastle a letter of intent and proof it has funds for the purchase.

The company also said it had "enlisted the help" of former England captain and Newcastle legend Alan Shearer, along with fellow former player Michael Chopra.

"We are already negotiating the term of our acquisition of Newcastle Football Club. We are at the advanced stage of the purchasing," a Bellagraph Nova Group spokesman told AFP.

Bellagraph Nova Group was co-founded by Singaporean cousins Nelson and Terence Loh and their business partner Evangeline Shen in 2008.
The Lohs are former investment bankers at JP Morgan, and are known to be keen sports fans who sponsored Singaporean racing driver Yuey Tan as well as the national muay thai team, the Straits Times newspaper said.

The company's founders "have declared their willingness to massively contribute to the development of the club through their solid and international structure and a combined business/sport devoting mindset", it added.

Bellagraph Nova Group said it oversees 31 business "entities" worldwide, with a group revenue of $12 billion in 2019 and 23,000 employees.
In its proposal, the company said it has "the necessary experience and resources to accelerate Newcastle United's growth and realise its full potential".

These were the details of the news Singaporean investors in 'advanced' talks to buy Newcastle United for this day. We hope that we have succeeded by giving you the full details and information. To follow all our news, you can subscribe to the alerts system or to one of our different systems to provide you with all that is new.