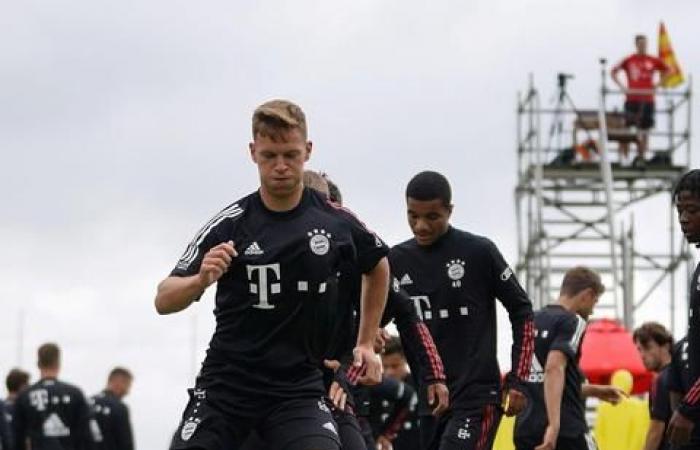 Thank you for your reading and interest in the news Champions League: Barcelona will need Lionel Messi magic to beat relentless Bayern Munich machine and now with details

Hind Al Soulia - Riyadh - Here’s an omen for the most glamorous of this week’s Champions League quarter-finals.

History says that whenever Barcelona and Bayern Munich meet in a European knockout competition, the winner always goes on to lift the trophy.

Paris Saint-Germain and Manchester City will regard that as a challenge. Equally, you suspect both of these clubs who are seeking their first European Cup – Barcelona and Bayern have five each – would feel their chances improve should the Spaniards get through.

Barca have been in patchy form since June with deep schisms between boardroom and dressing-room and the aura around Bayern is such that even Lionel Messi looks a vulnerable, lonely obstacle facing the Munich machine.

Viewed through almost any lens, the momentum Bayern carry into Lisbon is daunting.

They confirmed their place in the last eight by racking up their 17th goal in 360 minutes of action against clubs from London this season: 10 against Tottenham Hotspur in the group phase, seven against Chelsea in a one-sided last-16 tie.

So much for the Premier League being the strongest domestic competition in Europe.

In the most recent dismantling of Chelsea, Saturday’s 4-1 in the home leg, Bayern extended their run of consecutive victories, across competitions, to 18.

Their last defeat? The beginning of December, when, in what now seems like an episode of ancient history, they seemed genuinely off the pace in the defence of their Bundesliga title.

Back then, they had slipped to seventh in the German top flight. Come the end of the season, Bayern collected their eighth successive Bundesliga shield with 13 points of headroom over second-placed Borussia Dortmund.

Three wins in Lisbon the next nine days would deliver a Treble, and a first European Cup since 2013, the season when Barcelona were brutally, shockingly, swept aside 7-0 on aggregate in the semis.

If that was a startling one-off, it is still an event that haunts Barca. Gerard Pique, Sergio Busquets, Jordi Alba and Messi, all of whom can expect to start at the Estadio da Luz tonight, were all involved in that shuddering semi, although, significantly, Messi was injured for the second leg.

Messi would take a sweet revenge in the semi-final of 2015, the second of his two goals in a 3-0 first leg win forever preserved on Youtube because of the unfortunate response of Bayern’s Jerome Boateng to the prospect of becoming yet another bollard in a Messi slalom.

The defender simply dropped, like a felled tree as Messi rounded him. With Bayern beaten, Barcelona went on to win the Champions League.

They had done so in 2009, too, with Bayern overwhelmed – Messi scored twice – in the quarter-finals, in what would be the second of four Champions League gold medals in a decade for Messi and the Barcelona he has come to define.

That, it turns out, was their golden era, and nobody has taken harder the ache of the long gap – five years and counting - since Barcelona won their last Champions League.

Two years ago, almost to the day, Messi marked his elevation to the club captaincy by addressing the crowd at Camp Nou with a personal declaration of intent.

“We will do everything we can to bring back that lovely Cup to you,” he said, citing the legacy of his predecessors as skipper.

“I had great teachers in [Carles Puyol], Xavi and Andres [Iniesta].” Each of them wore the armband in victorious European Cup finals.

Messi, meanwhile, had the misfortune of wearing it at the end of the quarter-final in which Roma turned around a three-goal deficit to eliminate Barca two seasons ago.

He was the shell-shocked skipper when Liverpool transformed a 3-0 first-leg loss into a 4-3 aggregate win in the semi of 2019.

He has, over the last 12 months, become the indignant captain who explicitly tells coaches and directors he doubts the squad is equipped to win a Champions League.

“If we play like we have been doing, it will be very difficult to win the Champions League,” Messi said pointedly last month after a loss at home to Osasuna ended their defence of the Liga title.

“We have been weak, and if you play against us with any intensity, you make it easier for yourselves.”

Lose tonight, and Messi would be the first captain of a Barcelona without a major prize in any season since 2008.

But this vexed, angry, wounded skipper is still a magical Messi, the man whose two or three vintage cameos cast aside Napoli to push his club into the last eight, and the genius who has left Bayern in an ungainly heap enough times to make them wary.

These were the details of the news Champions League: Barcelona will need Lionel Messi magic to beat relentless Bayern Munich machine for this day. We hope that we have succeeded by giving you the full details and information. To follow all our news, you can subscribe to the alerts system or to one of our different systems to provide you with all that is new.