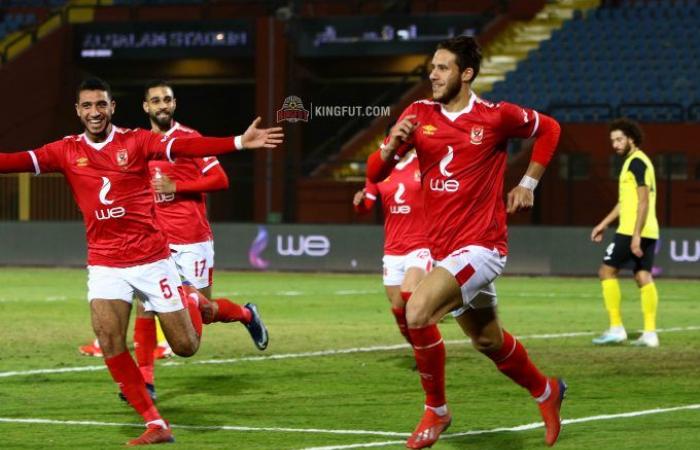 Thank you for reading the news about Al Ahly: Ramadan Sobhi confirms desire to join Pyramids and now with the details

Sobhi who joined Al Ahly two years ago on loan from Huddersfield Town was expected to remain in the Red Castle for at least one more season.

He had reportedly received many offers from European clubs such as Udinese, Olympiacos and Besiktas.

However, the 23-year-old opted to sign for Pyramids FC confirmed Al Ahly.

The Reds revealed that they had reached an agreement with his parent club to purchase Sobhi for £3.2 million and even agreed on terms for his new contract.

Then after asking for two days to rethink his options with his agent, he told the club’s head of transfers, Amir Tawfik, that he wishes to sign for Pyramids FC.

The former Stoke City man will also sign a reported three-year contract and will receive EGP80 million in the next three years.

Sobhi scored seven goals and provided 14 assists in 36 appearances across all competitions since rejoining Al Ahly.

These were the details of the news Al Ahly: Ramadan Sobhi confirms desire to join Pyramids for this day. We hope that we have succeeded by giving you the full details and information. To follow all our news, you can subscribe to the alerts system or to one of our different systems to provide you with all that is new.