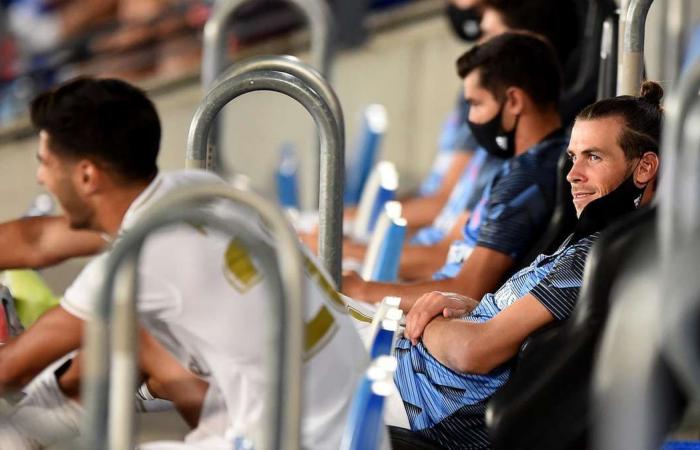 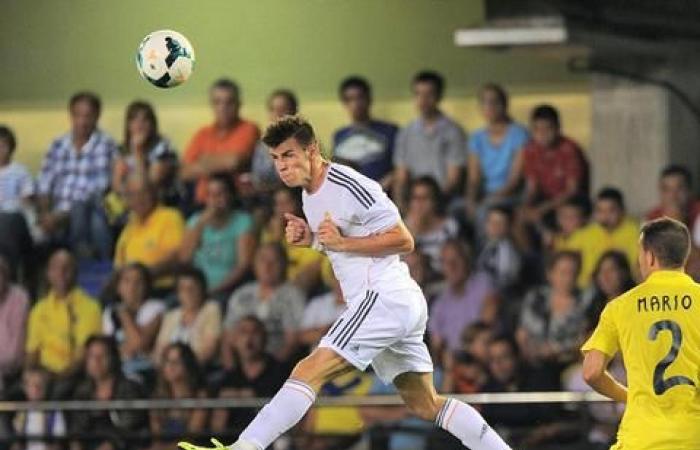 Hind Al Soulia - Riyadh - A towering challenge confronts Real Madrid in an emptied Etihad stadium on Friday. At 2-1 down to a free-scoring Manchester City from February’s first leg of their last 16 Champions League tie, a Madrid built on defensive excellence need goals. And they need a talisman.

The bad news is the regular overseer of great comebacks, captain Sergio Ramos, is suspended. The no-longer-news is that the Madrid player with the most distinguished catalogue of match-winning performances on big European nights is not even under consideration.

Gareth Bale, who has trained normally this week, was on Wednesday left out of the 23-man squad manager Zinedine Zidane named for the trip to Manchester.

Once upon time, Madrid's task there would have seemed set up for Bale. The most expensive British footballer in history has been bending European Cup matches his way for a decade, since a hat-trick at San Siro for Tottenham Hotspur against Inter Milan marked his coming of age in the competition.

Once he joined Madrid, a 12-year spell without Real lifting the European Cup promptly ended with a cascade of them - four in five years. Bale starred in three of those finals: In Lisbon, with the goal that put Real ahead, signposting a 4-1 extra time victory against Atletico. In Milan, with the assist for Real’s goal against Atletico and a penalty in the deciding shoot-out.

In Kiev, he turned his body upside down and into a whirring Catherine Wheel, out of which span an overhead volley, one of two Bale goals in the 3-1 win against Liverpool. Yes, he has a knack of cutting English clubs down to size. It was Bale's powerful, angled shot that knocked City out in the semi-final in 2016.

Yet Bale, 31 last month, is unwanted this week. He has fallen to sixth or seventh choice for one of the wide attacking positions in a Zidane front three. Eden Hazard, if he has convinced of his full fitness, will be first in line; Marco Asensio, and the Brazilians Vinicius Junior and Rodrygo - aged 24, 20 and 19 - are next, ahead of Lucas Vazquez. Isco will have a case if Zidane wants to start with a narrower formation.

Bale? Ever closer to the very back of the queue, and being pushed, once again, to leave the club. He has played a mere 90 minutes - across two games - in the 163 days since coming on for the last, disastrous quarter-hour at home to City, who scored in the 78th and 83rd minutes.

It is 54 weeks since Zidane made Bale the only Madrid player about whom he has an absolute publicly-stated opinion. “It would better for everyone if he leaves,” said Zidane during pre-season.

The coach had been briefed by his board that the Welshman’s €15 million (Dh65.5m) annual salary, and a contract that runs until 2022, were no longer value for money. Madrid hoped to sell him, though they knew it could be for nowhere near the €100m-plus they paid Spurs in 2013.

Bale stayed, a possible move to China’s Jiangsu Suning rejected by Madrid. Zidane said no more on the subject and, being a coach who prefers to avoid club politics, picked Bale in his starting XIs for the first three matches of the Liga season. He would have picked him again for the fourth, except Bale was sent off after scoring both goals in a 2-2 draw at Villarreal.

That was in September. Bale has not scored any league or Champions League goals since. By the end of the long Liga campaign, which finished with Madrid coming from behind Barcelona to win the title, he had been utterly marginalised.

The temptation would be to call Bale invisible, except that he made himself conspicuous, making odd gestures, caught on camera, while sitting watching Madrid’s run of 10 successive wins: he used a roll of bandage, child-like, as a pretend telescope; he put his face-mask across his eyes as if to take a nap. Bale, who is not an attention-seeker, does not always help himself.

He was there at Madrid’s Liga celebrations, but stood well away from the trophy-lifting. He has since let it be known to his employers he is content to see out at least the next year of his contract, even if he has to accept a place in the queue behind the young wannabes - Vinicius, Asensio, Rodrygo - and the stars, Hazard and Karim Benzema.

He and Madrid both know the imminent economic recession makes Bale less moveable now than when Zidane showed him the door last summer.

Even on a free transfer, very few clubs would be willing or able to take on his wages. In the Premier League, he has a cachet.

But no CEO will look at a form-guide that shows Bale with just one goal - in the Copa del Rey, against a third-tier opponent - in almost 12 months without raising a query, or see his lowly status in Madrid's hierarchy without wondering how it came to this.

These were the details of the news Gareth Bale's downfall denies Real Madrid one of their great European match-winners when they need him most for this day. We hope that we have succeeded by giving you the full details and information. To follow all our news, you can subscribe to the alerts system or to one of our different systems to provide you with all that is new.