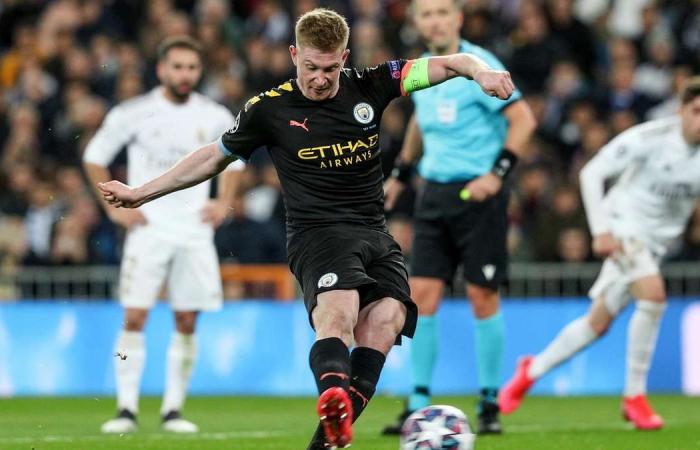 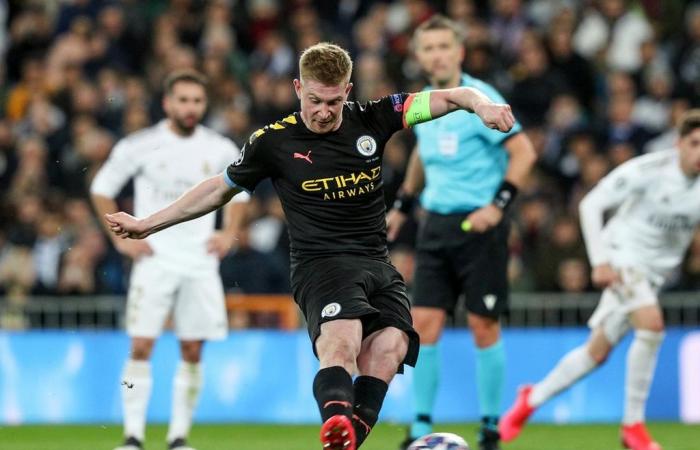 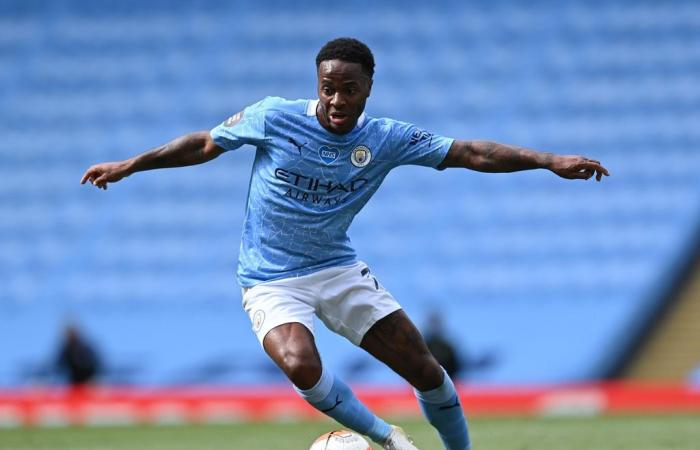 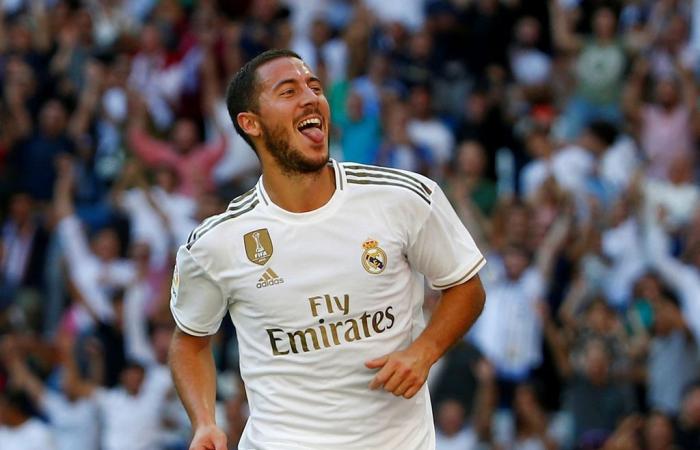 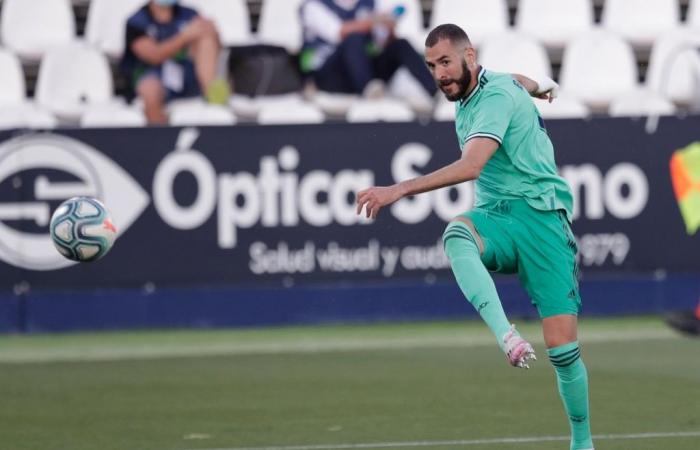 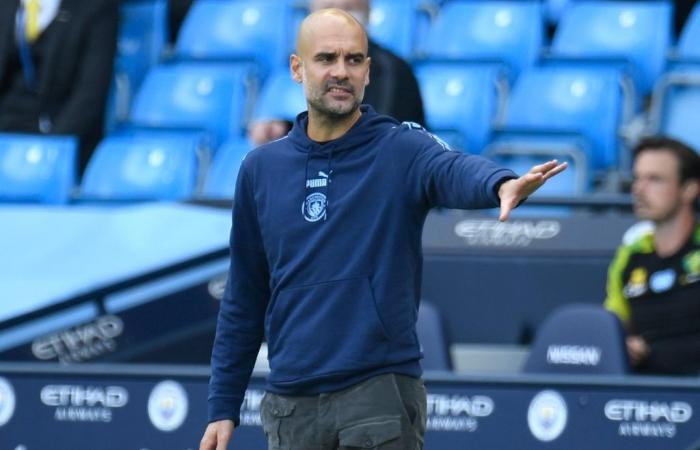 Thank you for your reading and interest in the news Manchester City v Real Madrid: Five key battles that could decide Champions League tie and now with details

Hind Al Soulia - Riyadh - After the conclusion of Europe's domestic competitions, attention now turns to the resumption of the Champions League.

Having been interrupted by football's lockdown following the coronavirus outbreak, four last 16 ties still need to be resolved, including the blockbuster tie of the round between Manchester City and Real Madrid.

City hold a 2-1 advantage courtesy of their come-from-behind win at the Bernabeu in February and will aim to complete the job at the Etihad Stadium on Friday.

Madrid, who have won a record 13 European Cups, enter the second leg riding the momentum of their first La Liga triumph since 2017, while City will want to shake off the disappointment of handing the Premier League title to Liverpool.

However, domestic fortunes are unlikely to have much bearing on Friday's match as two teams packed with world class players battle it out for a place in the quarter-finals. And there are a number of duels all over the pitch that could prove decisive in the outcome of the tie.

De Bruyne is enjoying another exemplary campaign, cementing his status as one of the best midfielders in the world. The Belgian has contributed 15 goals and 23 assists in 46 games so far this season and was man of the match in the first leg against Real Madrid.

De Bruyne, 29, will once again be expected to lead by example during the second leg and it will be the primary role of Casemiro to disrupt City's most influential player. Real Madrid's destroyer-in-chief is one of the best defensive midfielders in the business and if he can limit De Bruyne's influence, it will go a long way to helping his side reach the quarter-finals.

Sterling may have been limited to just 17 minutes of the first leg, but that's all he needed to make an impact as it was Carvajal's foul on the England forward that led to De Bruyne's match-winning penalty.

Sterling, 25, enters the game with 30 goals to his name and will be one of City's most dangerous attacking threats on the night. Likely to be deployed on the left side of the attack, it will fall on the right side of Real Madrid's defence to stop him in his tracks.

Carvajal will need to fare better than he did during Sterling's brief Bernabeu cameo, otherwise it could be a long night for the right-back.

Two players who faced each other on numerous occasions during Hazard's seven-year spell at Chelsea, the Belgian forward missed the first leg with the injury that has severely limited his debut season with Real Madrid.

Hazard will be determined to salvage something from this campaign, and what better way than by leading his team into the Champions League quarters? He has delivered match-winning performances throughout his career, primarily as a left-sided forward, so it will be Walker tasked with containing Hazard.

Walker has the pace and athleticism to keep track of Hazard but whether he can handle the Belgian's movement and trickery will soon be discovered.

After eight years spent in the shadow of Cristiano Ronaldo, Benzema has taken centre-stage this season, scoring 26 goals and creating 11 assists across 46 appearances. Zinedine Zidane rates his fellow Frenchman as the best No 9 in the world, and while that can be easily debated, Benzema is no doubt vitally important to Real Madrid's hopes of beating City.

Laporte, meanwhile, has proved his importance to City once again this season, as much through his absence and his presence. The French defender missed the first half of the campaign with injury but is now back to top form and if he can contain Benzema for 90 minutes, then it will hold City in good stead to progress.

With a tie as finely-balanced as this one, the selection and tactical decisions made by the men in the dugout could prove just as important as the actions of the 22 players out on the pitch.

Guardiola is rightly regarded as one of the finest managers in football history but there is no escaping the fact that his recent Champions League record pales in comparison to Zidane's.

The Spaniard's last European Cup came with his all-conquering Barcelona side in 2011. In the time since, Zidane became the first manager to win the Champions League three years in succession.

Zidane knows better than any manager how to win two-legged Champions League ties, so the Frenchman will have a clear picture of how to approach the match at the Etihad.

However, Guardiola did get the better of his contemporary in the first leg and will be confident that he holds the keys to victory.

It all lends itself to what should be a fascinating contest between two fine teams.

These were the details of the news Manchester City v Real Madrid: Five key battles that could decide Champions League tie for this day. We hope that we have succeeded by giving you the full details and information. To follow all our news, you can subscribe to the alerts system or to one of our different systems to provide you with all that is new.