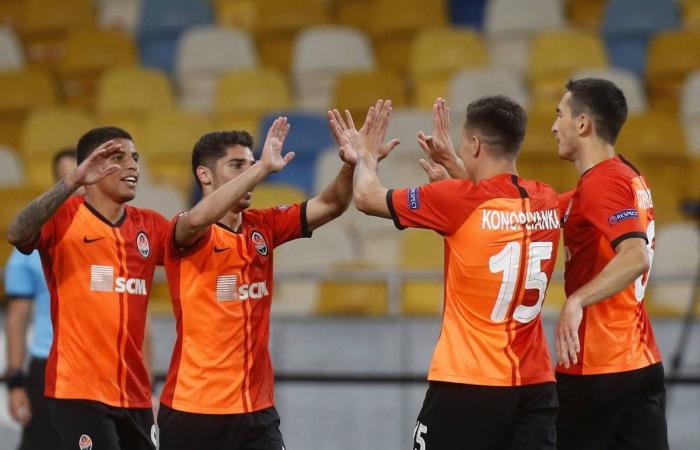 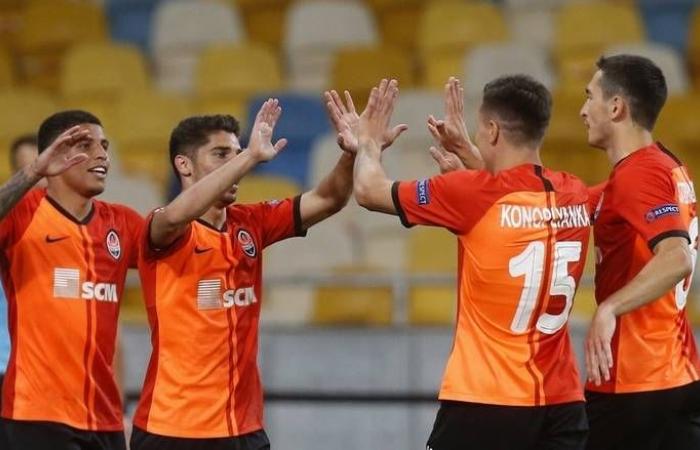 Thank you for reading the news about Europa League returns as Shakhtar, Copenhagen reach quarterfinals and now with the details

The last eight, to be played in Cologne, Duisburg, Gelsenkirchen and Duesseldorf, will feature one-leg matches with the final set for Aug. 21 in Cologne

Shakhtar Donetsk and FC Copenhagen became the first two teams to reach the Europa League quarterfinals as the continent's second-tier competition resumed on Wednesday after a five-month break forced by the Covid-19 pandemic.

Shakhtar thumped German side VfL Wolfsburg 5-1 on aggregate after a 3-0 win in the return leg in Kiev while Copenhagen beat Turkish champions Istanbul Basakshehir 3-0 at home to wipe out a 1-0 first-leg deficit.

Shakhtar missed a hatful of first-half chances against Wolfsburg, with both sides reduced to 10 men in the second half after visiting goalkeeper Koen Casteels had pulled off a string of superb saves at the Olympic stadium.

The home side had defender Davit Klocholava sent off in the 66th minute for a professional foul, although the resulting penalty decision was overturned after a VAR review showed he tripped Joao Victor outside the area.

Wolfsburg defender John Anthony Brooks followed in his footsteps only four minutes later for a second bookable foul and Shakhtar then sealed their passage with three quickfire goals in the dying minutes.

Junior Moraes broke the deadlock in the 89th minute when he turned in a Dodo cross and netted the third in stoppage time moments after substitute Manor Solomon made it 2-0 with a clinical finish.

Two goals from towering forward Jonas Wind and another by winger Rasmus Falk gave Copenhagen victory against Istanbul and set up a likely clash with Manchester United in the final eight, to be played from Aug 10-21 in four German cities.

Wind powered an unstoppable fourth-minute header past goalkeeper Mert Gunok thanks to an inch-perfect cross by right back Guillermo Varela and then converted a 53rd-minute penalty after Mehmet Topal handled the ball in the area.

Falk put the icing on the cake for Copenhagen with a superb individual effort in the 62nd, beating Gunok with a fine shot from the edge of the penalty area after a darting run through the middle.

The last eight, to be played in Cologne, Duisburg, Gelsenkirchen and Duesseldorf, will feature one-leg matches with the final set for Aug. 21 in Cologne.

These were the details of the news Europa League returns as Shakhtar, Copenhagen reach quarterfinals for this day. We hope that we have succeeded by giving you the full details and information. To follow all our news, you can subscribe to the alerts system or to one of our different systems to provide you with all that is new.