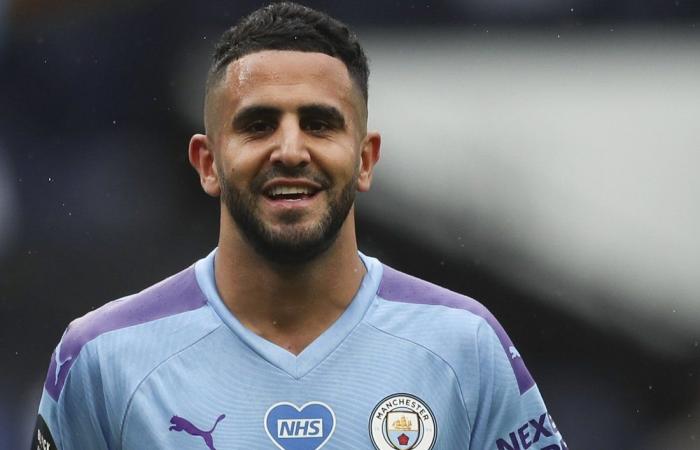 Manchester City’s Algerian international is famously reticent when it comes to dealing with the media. For one of modern football’s most unique and successful talents, Mahrez remains an enigma; brilliant, instantly recognizable, and yet so often underrated.

Most fans would struggle to recall what his voice even sounds like. Though he has 5.5million followers on Instagram, and a further 2.2 million on Twitter, he mostly shuns the behind the scenes glamorous posts that so many footballers seem to enjoy in favor of match action shots. And there is no team of PR warriors shouting his achievements from the rooftops.

A strong showing in the mini-champions League tournament over the next few weeks, starting with Friday’s round of 16 second leg against Real Madrid, could throw some gold dust on an already outstanding career.

Since his quiet introduction to the Premier League in 2014, Mahrez has been nothing short of a revelation; an enchanting, balletic footballer, whether gliding across the right wing to set up yet another chance for Jamie Vardy or Sergio Aguero, or cutting inside onto his magical left foot to score another stunning curling effort. Or, as he has done twice, winning the Premier League.

Beyond his goals, assists and medals, he is one of the most aesthetically pleasing players to watch in the Premier League, even the world.

So why does he struggle to gain the acclaim of other Arab and African footballers of past and present?

By most metrics, Mohamed Salah takes some beating as the outstanding Arab footballer of modern times, perhaps ever. Since joining Liverpool in the summer of 2017, he has played a pivotal part in transforming the club from a fourth-placed team to proven winners, both in the Premier League and Champions League; twice won the Premier League Golden Boot, and also claimed the PFA Player of the Year in 2017-18.

Like Salah, Mahrez has won the Premier League in England, arguably the most high profile league in the world. In fact, he is one of only 11 players to have won it twice, first as the driving force behind Leicester City’s still scarcely believable 2015-16 title win (which also earned him the PFA Player of the Year award), and then as part of Pep Guardiola’s staggering collective at Manchester City in 2018-19.

Unlike Salah, though, he has yet to win the Champions League. That could be about to change in a few weeks. Manchester City remain the favorites to win the delayed competition, now scheduled to conclude in Lisbon between 7th and 23rd of August.

Salah’s army of fans, from Liverpool to Cairo, rightly hail his every move.

But for Mahrez, there are no murals on neighborhood walls in New York or the Northwest of England. No string of television commercials. And no fashion magazine covers.

It is not for lack of achievement or talent either. You get the impression Mahrez just prefers it that way.

The 29-year-old, at first instance, might also suffer in comparison to one of Algeria’s greatest footballers.

Rabah Madjer achieved instant international fame when he scored in his nation’s finest hour-and-a-half, the 2-1 win against mighty West Germany at the 1982 World Cup in Spain. Five years, and many domestic titles later, he would return to haunt the Germans, scoring a remarkable back-heeled goal in Porto’s 1987 European Cup final win over Bayern Munich. Later that year he put on a man-of-the-match performance, and scored the winner, as Porto beat Penarol to claim the Intercontinental Cup in Tokyo.

Such iconic moments are hard to compete with. Yet Mahrez has many of his own.

In February 2016, Mahrez produced one of the Premier League’s most memorable individual performances of the last decade as Leicester defeated his future club Manchester City 3-1 at the Etihad stadium on the way to that stunning league title win. Even that early in the season, the Player of the Year award was in the bag.

And Premier League-centric viewers, at least those who don’t follow Manchester City, may have missed a truly outrageous stoppage time free-kick in a 2-1 win over Nigeria which secured Algeria’s place in the 2019 Africa Cup of Nations Cup. Where the home crowds had eagerly anticipated a Salah and Egypt triumph, it was Mahrez and Algeria that were crowned African champions after beating Senegal 1-0 in the final at Cairo International Stadium.

Again, and inexplicably, the achievement did not garner the global acclaim it deserved.

Perhaps the biggest reason for Mahrez’s understated reputation is the company he keeps. When you play in forward line alongside Aguero, Raheem Sterling, Bernardo Silva, Jesus Gabriel, David Silva and, above all, the peerless Kevin De Bruyne, the credit will inevitably be spread around.

Mahrez, a maverick at Leicester, has been transformed by Pep Guardiola into the perfect team player at Manchester City. An excellent return of 11 goals and 12 assists in the Premier League this season may not quite see him at the top of either chart. But, in addition to one goal and four assists in the Champions League, his numbers accurately illustrate a consistent, at times spectacular, overall contribution in a season where he has been one of the club’s most impressive forwards.

If all that still doesn’t make him one of the greatest Arab footballers of all time, perhaps a Champions League medal on August 23 finally will.

These were the details of the news Why Riyad Mahrez should shed reluctant hero tag and join Arab greats for this day. We hope that we have succeeded by giving you the full details and information. To follow all our news, you can subscribe to the alerts system or to one of our different systems to provide you with all that is new.