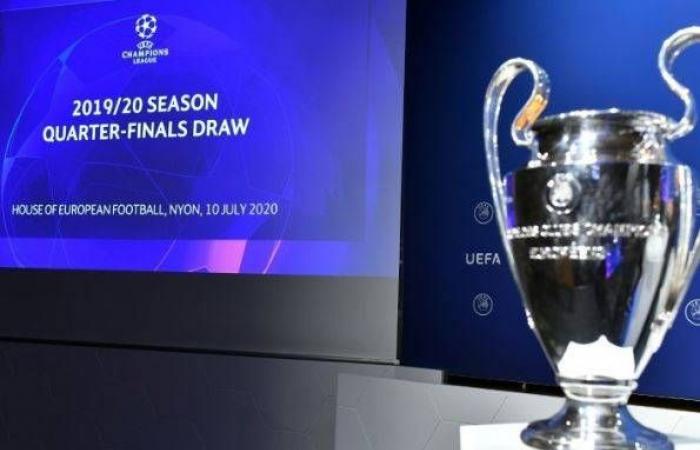 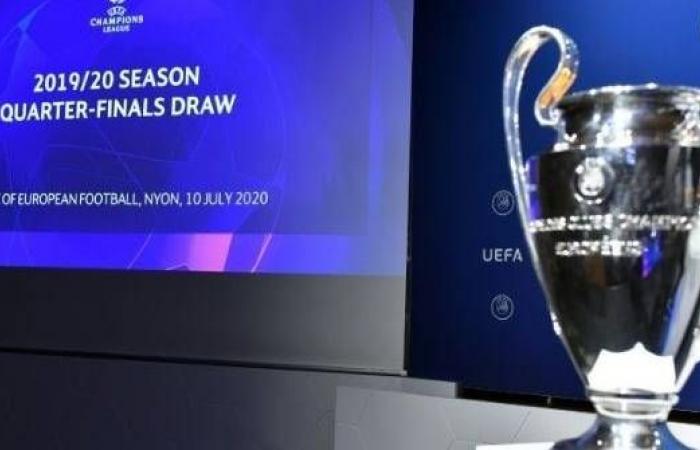 Thank you for reading the news about Champions League ready to resume, at long last and now with the details

Aden - Yasmine El Tohamy - Uefa also recently insisted it was "confident" there would be no more delays despite cases of coronavirus emerging among players at Real Madrid and Sevilla. (AFP)

After an enforced hiatus of almost five months, the Uefa Champions League and Europa League resume this week in order to clear up the last remaining business in a troubled season.

Both competitions were frozen in March as the coronavirus pandemic took hold across the continent, and while European football's governing body acted swiftly to move Euro 2020 back a year, for a long time it was unclear how it would manage to complete its two landmark club competitions.

In the end the solution was to set up two mini tournaments bringing all teams together in one place from the quarterfinals onwards, with all ties being decided in one-off matches behind closed doors.

And so the Champions League will move to Lisbon for the 'Final Eight' starting on August 12 and ending with the final at Benfica's Estadio da Luz on August 23.

The Europa League, meanwhile, will be played to a conclusion at a series of venues in western Germany, with the last eight beginning on August 10 and the final in Cologne on August 21.

"I believed it from the first moment," said the Uefa president Aleksander Ceferin recently when asked if he ever doubted it would be possible to play the tournaments to a conclusion.

"You should always be optimistic, and if something like this crisis happens, you must have a plan ready.

"At the present time, we will be playing matches without spectators until further notice. We will not take any risks."

There is, though, no question of further changes being made to the formats despite concerns about an increase in Covid-19 cases in and around Lisbon, and more recent worries in Germany about a rise in cases there.

Uefa also recently insisted it was "confident" there would be no more delays despite cases of coronavirus emerging among players at Real Madrid and Sevilla.

Indeed, the preliminary round of next season's Champions League begins next Saturday, the same day Bayern Munich entertain Chelsea and Napoli visit Barcelona in their outstanding last 16 second legs.

Before that, Manchester City defend a 2-1 first-leg lead at home against Real on Friday as Pep Guardiola's side target Champions League glory on the back of the club's success at getting a two-year ban from the competition overturned by the Court of Arbitration for Sport.

The winner of that tie will face Juventus or Lyon in the quarter-finals in Lisbon.

It is the Europa League which is first up, though, with the last 16 being completed on Wednesday and Thursday.

Two ties -- Inter Milan against Getafe and Sevilla against Roma -- will go ahead as one-off ties in Germany as the first legs were never played.

Six second legs will also be played with the winners heading to Germany for the last eight.

Among the ties to be completed is Manchester United's against Austrian side LASK, which will be a formality for Ole Gunnar Solskjaer's team after they won 5-0 in the first leg in March.

Their form since the Premier League resumed in mid-June has been excellent and they have already sealed a place in the 2020-21 Champions League, but now they want to finish this never-ending season with a trophy.

"Now our focus is on the Europa League because this is a really good trophy and we want to win," Bruno Fernandes told MUTV.

"I came to Manchester to win trophies. We need to play every game to win. If we go into the Europa League and win every game, we know we'll win the trophy."

United, Europa League winners in 2017, could yet find themselves facing Premier League rivals Wolverhampton Wanderers in the semifinals in Cologne on August 16 should both teams get there.

Wolves entertain Greek champions Olympiakos on Thursday having drawn 1-1 in the first leg of their last-16 tie.

Their campaign started more than a year ago now, with a 2-0 win over Northern Irish side Crusaders in the second qualifying round on July 25, 2019.

Extending it by another couple of weeks would do them no harm.

These were the details of the news Champions League ready to resume, at long last for this day. We hope that we have succeeded by giving you the full details and information. To follow all our news, you can subscribe to the alerts system or to one of our different systems to provide you with all that is new.