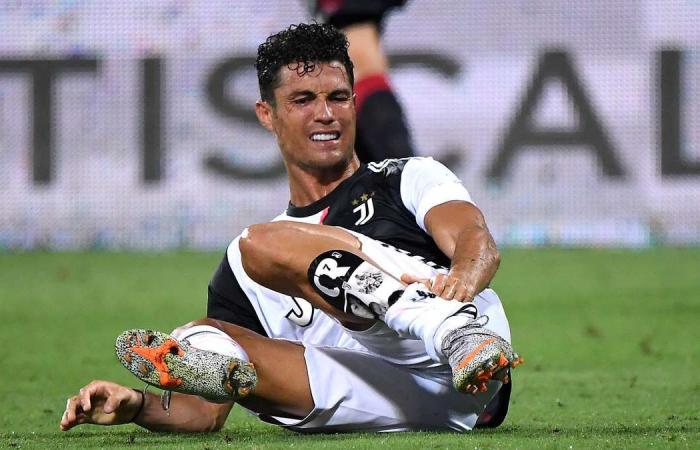 Hind Al Soulia - Riyadh - Cristiano Ronaldo will be rested for Juventus' final match of the Serie A season against Roma on Saturday, ahead of the Italians' Champions League last-16 second leg against Lyon next week.

Ronaldo, 35, was left out of the squad for the game in Turin, with fellow forward Paulo Dybala also absent with a thigh injury.

Juventus have already wrapped up their ninth straight league title and are now looking towards their home game against Lyon on Friday when Maurizio Sarri's side need to overturn a 1-0 first-leg deficit.

Nothing is left to play for against Roma who are already assured of a fifth-place finish and the Europa League group stage next term.

Ronaldo, however, will miss out on winning a first 'Capocannoniere' award for top scorer in the Italian top flight.

The Portuguese forward has scored 31 league goals this campaign with Lazio's Ciro Immobile now assured of the top-scorer's award with 35.

Immobile needs just one more goal against Napoli on Saturday to equal the scoring record of 36 goals for a single campaign achieved by Gonzalo Higuain, playing for Napoli, in the 2015-16 season.

After their 2-0 defeat at Cagliari on Wednesday, Sarri said he would consider fielding his Under-23 team for the Serie A season finale.

Ahead of the Roma game, Sarri had already suggested that might give the five-time Ballon d'Or winner a break.

“We'll assess [who will play], depending on who needs to rest and who is fit to play.

“Between tomorrow [Saturday] and next Friday there will be a big difference in terms of mentality. We'll need to be good at recovering all energies possible.

“Tomorrow, whoever is fit will play and we'll try to make it a day of celebration. I can see two light-hearted teams tomorrow evening, with clear heads: a beautiful game can come out of it.

“Let's see how Cristiano feels, he's one of the players that played the most in the entire season. With regards to Aaron Ramsey, he might be back with the team today and there are good possibilities that he plays in the Champions League.

“[Paulo] Dybala is with the medical staff, everything is proceeding well, but I don't know when he'll be back with the group.”

Wales midfielder Ramsey is included in the squad to face Roma but, as well as Argentine striker Dybala, Mattia De Sciglio, Matthijs de Ligt, Sami Khedira and Douglas Costa will also be missing the game, while Miralem Pjanic is suspended.

Juve's form – two wins in their last seven games – is a concern with the Euro clash against Lyon looming.

After the defeat to Cagliari, Sarri said it was his team's defensive deficiencies that were his biggest worry.

"The 40 goals conceded [this season] may be a concern, but tonight's game is not," said Sarri.

"We had nine injured and we came from a championship win 68 hours ago, so it was an atypical game that should be taken for what it is.”

These were the details of the news Juventus rest Cristiano Ronaldo for final game of Serie A season against Roma for this day. We hope that we have succeeded by giving you the full details and information. To follow all our news, you can subscribe to the alerts system or to one of our different systems to provide you with all that is new.