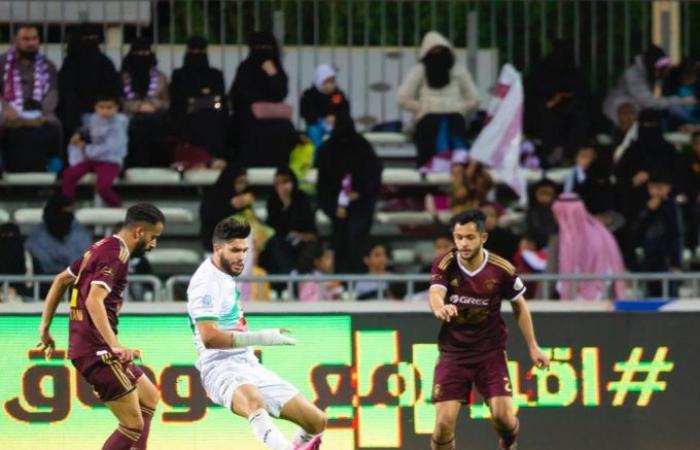 Azaro joined Al-Ettifaq in the January transfer window after struggling to get minutes under Swiss manager Rene Weiler.

The 26-year-old has been a regular for Al-Ettifaq in the Saudi Professional League before football was halted due to the coronavirus pandemic.

Al-Ettifaq had proposed a deal to extend Azaro’s loan contract until the end of the season, however, the Moroccan refused the offer and opted to return to Al Ahly.

As a result, the SFF released a statement on Sunday, announcing that Azaro has been blacklisted for leaving Al-Ettifaq before the current Saudi Professional League season ends.

Their statement also added that no club across Saudi Arabia will be allowed to sign the forward in the upcoming seasons.

Azaro has scored three goals and provided an assist in seven Saudi Professional League appearances for Al-Ettifaq this season.

These were the details of the news Al Ahly’s Walid Azaro blacklisted by Saudi Football Federation for this day. We hope that we have succeeded by giving you the full details and information. To follow all our news, you can subscribe to the alerts system or to one of our different systems to provide you with all that is new.