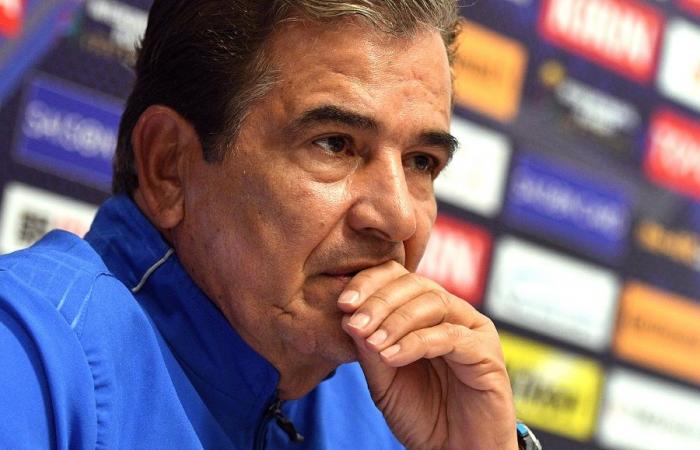 Thank you for reading the news about Will Jorge Pinto’s South American revolution save the UAE’s World Cup chances? and now with the details

Dubai: For the UAE Football Association, it’s the last throw of the dice as far as reaching the 2022 World Cup is concerned.

On Wednesday, new national team coach Jorge Luis Pinto, laid out a roadmap to the 2022 World Cup as he prepared to take charge of a training session with the Emirati squad for the first time ahead of reschedule Round 2 AFC qualifying matches against  Malaysia at home on Oct. 8; away to Indonesia on Oct. 13; and home matches against Thailand and Vietnam, on Nov. 12 and 17 respectively.

Progress will see the UAE reach the two-group final round. Failure, however, would at best be a major setback for Emirati football, at worst, a disaster.

Pinto is no stranger to international football having managed his native Colombia, Costa Rica and Honduras in the past. Remarkably, he is now the third manager to take charge of the UAE during this qualifying campaign, and as he was presented officially at the UAE FA headquarters in Al Khawaneej, Dubai, he spoke of his passion and enthusiasm for the job at hand.

“The UAE is advanced in so many different fields, and football should match this excellence,” the UAE FA quoted Pinto saying. “Coaching this team is a wonderful challenge, and nobody has more desire to take the Whites to the World Cup than I do.”

Ahead of the first training session in Al Ain, Pinto revealed that he had actually held talks with UAE FA before the 2018 World Cup in Russia, and insisted that he would get to grips with the culture of the team quickly.

“I have watched and analyzed a lot of matches involving Arab and Asian teams,” he said. “Football is an international language and not that complicated, and I am sure that we will take the UAE national team forward.”

But for the UAE, it’s a case of all change, not just in terms of the coach, but also in the identity of the squad. Pinto will be taking charge of a squad that has a distinctly South American flavor for the first time.

Members of Mahdi Ali’s golden generation may remain in the shape of Omar Abdulrahman, Ali Khaseif, Walid Abbas, Ismail Ahamd, Ahmad Khalil and record top scorer Ali Mabkhout, among other newer, younger players. But this is the first UAE squad to include the newly nationalised trio of Argentine Sebastian Tagliabue, and the Brazilian duo Caio Canedo and Fabio Lima.

No doubt the three have excelled in the Arabian Gulf League over the last few years, marking themselves as arguably the most successful imports to ever play in the UAE’s top division.

The UAE for long had resisted the temptation to go down the route of nationalizing foreign players but the poor qualifying World Cup qualifying campaign so far has forced their hand.

These players may not be a long-term solution.

Tagliabué would be 37 at the time of the next World Cup in Qatar. While Lima and Canedo will be 29 and 32 respectively. But a solution nonetheless was desperately needed to halt an alarming slump in form.

It’s a move that the UAE FA deems necessary after the team’s progress plateaued dramatically after the highpoint of the 2012 London Olympics, the Gulf Cup triumph in 2013 and the third-place finish at the 2015 AFC Asian Cup in Australia.

After the stability and progress that Mahdi Ali had brought between 2012 and 2017, the last three years have seen a period of chopping and changing that have hindered the team’s development.

Former Argentina coach Edgardo Bauza replaced the Emirati coach but only lasted four months before being offered to the Saudi national team, at the time preparing for the 2018 World Cup in Russia, although he would leave that post too ahead of the tournament.

Alberto Zaccheroni was next in line and managed to drag the UAE to the final of the 2017 Gulf Cup in Kuwait despite some inconsistent performances. However, in that fateful final on Jan. 5, 2018, Omar Abdulrahman missed a last-minute penalty that would have secured the title, and then another one in a shootout defeat. Zaccheroni survived until the 2019 AFC Asian Cup, held in the UAE, but a semi-final defeat to Qatar meant his time was up.

Hopes were high when Dutchman and former Saudi Arabia national team coach Bert van Marwijk replaced him, but a poor showing by the UAE at the Gulf Cup in Qatar last year saw them fail to progress from group stages, never mind have another assault on the title.

Van Marwick, who had led his country to the 2010 World Cup final, where they lost 1-0 to Spain, would eventually leave after two poor results left the UAE’s hopes of qualifying to the 2022 edition in genuine peril.

After wins against Malaysia and Indonesia had given the UAE a perfect start of six points, dismal defeats - 2-1 defeat in Thailand and 1-0 in Vietnam - saw van Marwijk the latest to walk.

The UAE now sit fourth in the group (five points behind leaders Vietnam), with one game in hand over the teams above them. While hope remained, another quick fix was needed. On Dec. 22, 2019, Serbian coach Ivan Jovanovic became the latest man tasked with rescuing the UAE national team’s plight, but the onset of the coronavirus crisis meant that when his contract was terminated in April he had not overseen a single competitive match for the Whites.

Pinto takes over squad that has not played competitive football since the spread of the Covid-19 pandemic forced the suspension of the 2019-20 Arabian Gulf League season. A lot of work lies ahead of the resumption of domestic and international football if he is not to suffer the fate of his predecessors.

He says he is ready to make his mark.

“I already have many observations about the UAE national team, and the most important thing is how the team will perform collectively,” Pinto said. “I want to leave my fingerprint on this team, and I will thrive to advance its tactical side.”

The clock is ticking.

These were the details of the news Will Jorge Pinto’s South American revolution save the UAE’s World Cup chances? for this day. We hope that we have succeeded by giving you the full details and information. To follow all our news, you can subscribe to the alerts system or to one of our different systems to provide you with all that is new.