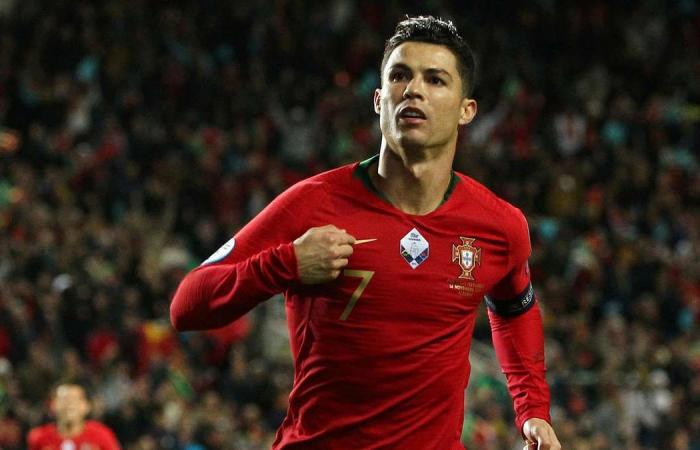 Thank you for your reading and interest in the news 50 Cristiano Ronaldo club, European, national and world records - in pictures and now with details

Cristiano Ronaldo is ranked by ESPN as the most famous sportsman in the world and is the most followed individual on both Facebook and Instagram.. AFP

14 - Most goals scored in the UEFA Champions League semi-finals. AFP

4 - Most UEFA Best Player in Europe Award and UEFA Club Footballer of the Year. AFP

128 - Most goals scored in the UEFA Champions League. Reuters

34 - Most hat-tricks in La Liga for Real Madrid. Reuters

17 - Most matches played in World Cup finals for Portugal. AFP

21 - Most matches played in European Championship finals for Portugal. Reuters

7 - First player to score in seven consecutive away matches in a debut Serie A season. AFP

3 - First player to appear in the FIFPro World11 for two and three clubs. Getty

40 - Most assists in the UEFA Champions League. Reuters

10 - Only player to score 10 goals against a single opponent (Juventus) in the UEFA Champions League. AFP

6 - Only player to score in all six group stage matches in the UEFA Champions League in a season. AFP

9 - Most hat-tricks scored for the Portugal national team. AP Photo

171 - Most goals scored in all UEFA competitions. Reuters

50 - Only player to score more than a half-century of goals in seven consecutive calendar years. Getty Images

32- Most international goals in a calander year with Portugal (2017). AFP

7 - Most goals in the history of the Fifa Club World Cup. AFP

128 - Ronaldo is the UEFA Champions league all-time top goalscorer with 128 goals while Lionel Messi is second with 114 to his name. Getty Images

11 - Most consecutive Serie A matches scored in. AFP

50 - Ronaldo's two goals for Juventus against Lazio saw him become the fastest player to reach 50 goals in Serie A, doing so in 61 games. Reuters

50 - With his brace against Lazio on Monday, Ronaldo became the first player to score 50 or more goals in Serie A, La Liga, and the Premier League. AFP

These were the details of the news 50 Cristiano Ronaldo club, European, national and world records - in pictures for this day. We hope that we have succeeded by giving you the full details and information. To follow all our news, you can subscribe to the alerts system or to one of our different systems to provide you with all that is new.