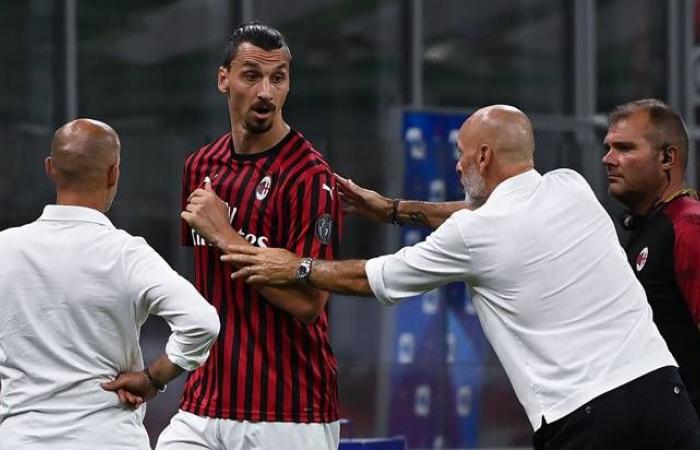 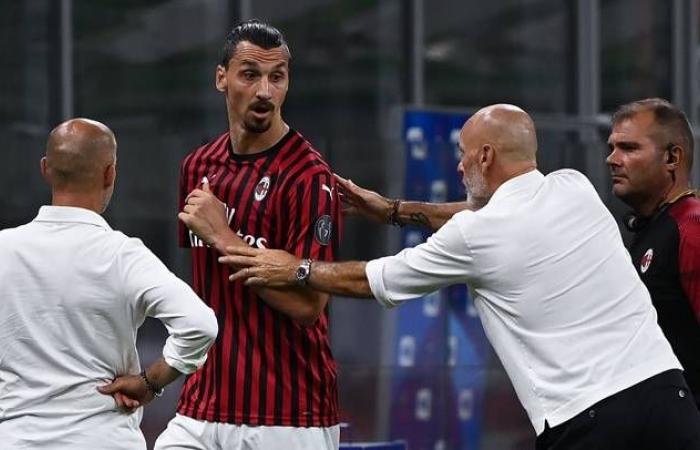 Aden - Yasmine El Tohamy - AC Milan's Zlatan Ibrahimovic (second left) argues with his manager Stefano Pioli after he was substituted during a Serie A match against Bologna. - AFP

The Swede ignored a fist bump from Pioli as he left the field.

AC Milan coach Stefano Pioli has brushed off Zlatan Ibrahimovic's angry reaction to being substituted in the 5-1 win over Bologna, saying only that the 38-year-old needs to avoid over-exerting himself amid a crowded fixture list.

The Swede was clearly annoyed at being taken off in the 62nd minute of Saturday's match at San Siro, the third time in four games he has been replaced around the hour mark, and ignored a fist bump from Pioli as he left the field.

"It's natural that he doesn't like being substituted," said Pioli. "He said something to me which I honestly didn't understand."

"He was important for the team but I have to make sure he conserves energy - we are playing every three days and he is coming back from injury."

These were the details of the news Milan coach brushes off Ibrahimovic's angry reaction to substitution for this day. We hope that we have succeeded by giving you the full details and information. To follow all our news, you can subscribe to the alerts system or to one of our different systems to provide you with all that is new.