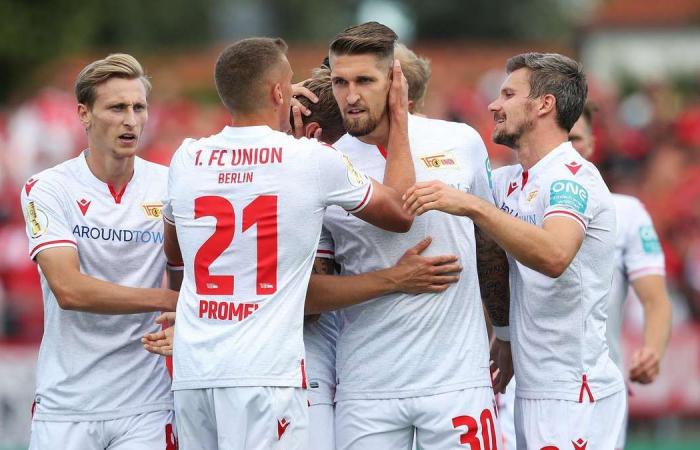 Thank you for your reading and interest in the news Union Berlin offer 20,000 free coronavirus tests as part of plan to hold games in full stadium and now with details

Hind Al Soulia - Riyadh - German club Union Berlin are offering free coronavirus tests for more than 20,000 fans as part of a plan to hold games in a full stadium in September.

The Bundesliga club will offer testing ahead of each game to 22,012 fans — the stadium’s official capacity — and club staff, Union Berlin revealed. Each person must test negative for the virus within 24 hours of kickoff and bring confirmation along with a ticket, the club added.

Union want to implement the plan in time for the first home league game of the new season, which begins on September 18. Other clubs have experimented with socially distanced seating plans, but more than 80 per cent of the capacity at Union’s stadium consists of terraces where fans stand close together.

“Our stadium experience doesn’t work with social distancing, and if we aren’t allowed to sing and shout, then it’s not Union,” club president Dirk Zingler was quoted as saying by the Associated Press.

“We want to ensure as best we can that nobody is infected at our sold-out stadium – this applies to Union club members and the away supporters.

“To implement such a plan is an enormous organisational and economic challenge, which we are happy to tackle with all our might. It means that we as a football club will carry the costs of implementing the necessary measures ourselves.”

The club’s plan is more ambitious than those of other German clubs because it relies on mass testing instead of social distancing. It faces significant obstacles. Germany has a comparatively large testing capacity for the coronavirus, but the pre-game surge in demand in Berlin would be a new challenge.

The Berlin city government also has a ban in place on mass gatherings until October 24. That rule caused the Berlin marathon, which was set for September 27, to be canceled.

Leipzig explored the idea of holding games at up to 50 per cent capacity with socially distanced seating and other leading German clubs have worked on similar plans. The league is speaking with the German government and is encouraging clubs to talk with local health authorities to draw up plans.

The Bundesliga restarted in May amid the coronavirus pandemic, the first of Europe’s major leagues to do so. All games through to the end of the season were held without any fans.

These were the details of the news Union Berlin offer 20,000 free coronavirus tests as part of plan to hold games in full stadium for this day. We hope that we have succeeded by giving you the full details and information. To follow all our news, you can subscribe to the alerts system or to one of our different systems to provide you with all that is new.