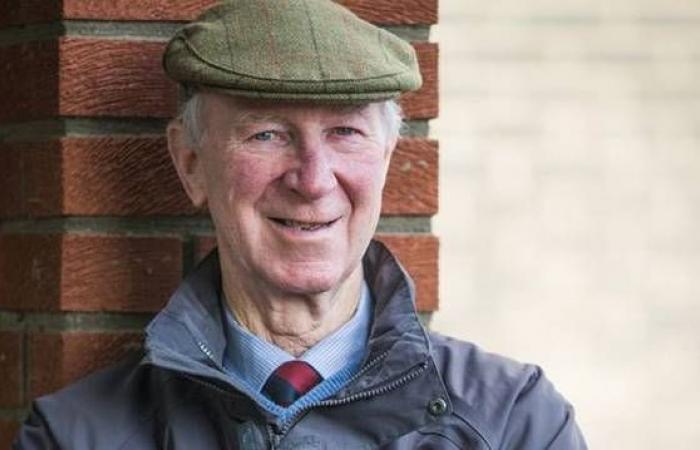 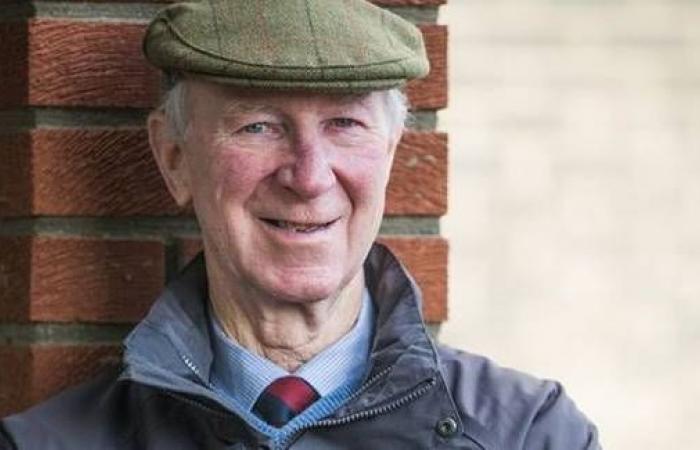 Aden - Yasmine El Tohamy - Hanging up his boots in 1973 Jack Charlton managed Middlesbrough, Sheffield Wednesday and Newcastle before coaching the Irish team in 1986.

Tall and lanky he was as blunt with his defending as he was with his tongue.

Jack Charlton who has died aged 85, enjoyed World Cup success in 1966 with England and went on to record further exploits in the unlikely role as Ireland coach earning himself the sobriquet 'Saint Jack'.

Tall and lanky he was as blunt with his defending as he was with his tongue - very much the opposite in both respects to his more media savvy brother Bobby.

The only similarity between them -- aside from lifting the World Cup trophy -- was a premature loss of hair.

Jack was especially angered that Bobby didn't visit Cissie even when she was dying -- mother and son didn't speak from 1992 to the day she died in 1996 and he laid it bare in his 1996 autobiography much to Bobby's digust.

"I don't think anybody should feel sad about it," Bobby told The Guardian in 2007.

"He's a big lad, I'm a big lad and you move on. I'm not going to ruin the rest of my life worrying about my brother and I've no doubt he's the same."

It was very different back in 1966 when they warmly embraced after England had defeated the then West Germany 4-2 at Wembley.

Two weeks later the brothers were given a heroes reception in the mining town of Ashington -- where their father Bob had toiled away -- known as 'Coalopolis' in the north east of England.

They rode in the back of an open-topped car cheered on by 15,000 jubilant local residents.

Even with his memory fading Jack -- who partnered captain Bobby Moore in defence -- admitted he never thought they could win it but they made the most of the celebrations afterwards in a London nightclub.

"I was happy, I had cake on my plate and we'd won the World Cup," Charlton recalled to the Newcastle Chronicle in 2016.

"Winning the World Cup is something that stays with you forever."

Four years later after playing just once in the 1970 World Cup finals he decided it was time to quit international football -- after 35 caps and six goals -- and told Alf Ramsey not altogether coherently on the flight home.

"Yes, I had reached that conclusion myself," replied Ramsey.

A one club man Charlton was a Don Revie stalwart at Leeds rising with them from the Second Division to win the title in 1969, the FA Cup in 1972 and the Inter-Cities Fairs Cup -- a European club competition -- twice.

Hanging up his boots in 1973 he managed Middlesbrough, Sheffield Wednesday and Newcastle before the surprise invitation from the Irish FA to put himself forward as a candidate to coach the national team in 1986.

In the end he saw off Liverpool legend Bob Paisley to get the job after his rival's support frittered away having got nine of the required 10 votes in the first round.

Never pretty to watch the fans were willing to overlook that as Charlton -- aided by Maurice Setters -- delivered results, starting with a memorable victory over England in the Euro 1988 finals.

The goal scored by Scotland-born Ray Houghton -- his father was Irish -- reflected also Charlton's desire to raise their level.

To accomplish that he would have to go in search of the huge Irish diaspora and lure players who had been born abroad into buying into his Ireland plan.

A place in the 1990 World Cup quarterfinals where they lost to hosts Italy and the last 16 in the 1994 renewal -- opening with a 1-0 victory over eventual finalists Italy and another Houghton special -- earned him and his wife honorary Irish citizenship from then President Mary Robinson.

"We trained hard and we played hard but if the lads wanted to go for a pint and relax, I made time for that, too," Charlton recalled to the Irish Independent in 2016.

The fairytale romance came to an end in 1996 -- Charlton called it more a sacking than a resignation -- but no rancour remained and in 2015 the FAI invited him back to walk out onto the pitch prior to the friendly with England.

"It was an overwhelming experience. Great place, great people."

These were the details of the news Jack Charlton -- World Cup icon and adopted Irish hero for this day. We hope that we have succeeded by giving you the full details and information. To follow all our news, you can subscribe to the alerts system or to one of our different systems to provide you with all that is new.