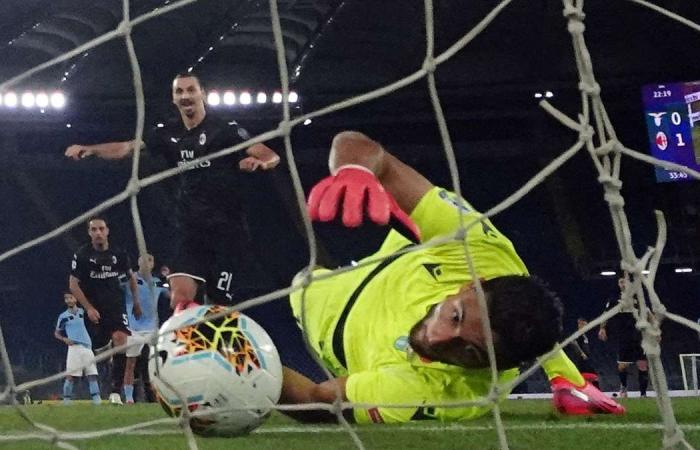 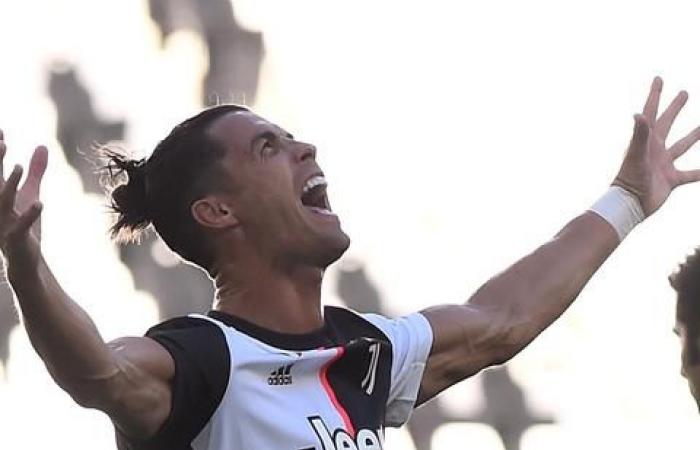 Thank you for your reading and interest in the news Clash of the titans: Zlatan Ibrahimovic and Cristiano Ronaldo set for final battle and now with details

Hind Al Soulia - Riyadh - It has been a while since Juventus looked Zlatan Ibrahimovic up and down and decided he was their greatest asset.

About 14 years, in fact, when a Juve plunged into sudden crisis by demotion to Serie B as a punishment for manipulating referees, were obliged to sell most of their leading players. Ibrahimovic, then 24 and still a rising star, moved to Inter Milan for around €25 million.

On Saturday evening, in the latest chapter of the never-ending adventures of Ibra in Italy, Juventus learned to appreciate again the value of a footballer who, after Juve, won three Serie A titles with Inter, and another with AC Milan.

Making his first competitive start since March for the Milan he rejoined in January, Ibra left his stamp on the destiny of the 2020 Italian championship.

Milan were at Lazio, second in the table and still hopeful they could claw back the momentum that made them the sole but serious rivals to Juve in the race for the scudetto.

Within barely half an hour, those hopes had been dented horribly by a giant Swede, aged 38 years and nine months old. First, a cute Zlatan pass set up Hakan Calhanoglu to tee up the drive that put Milan 1-0 up.

Next, Stefan Radu’s handball, as he tried to intercept a cross aimed at Ibrahimovic, gave Milan a penalty. The evergreen Ibrahimovic converted it.

The small details of Zlatan’s comeback – his comeback to Europe’s elite from his two-year exile in the MLS; his comeback from the March-to-June shutdown of Serie A; his return from the calf injury he sustained last month – may be a little untidy, in that Calhanoglu’s shot took a wicked deflection and the Ibrahimovic penalty was a poor one, squirming over the line under the body of Thomas Strakosha, the Lazio goalkeeper.

But sometimes a sportsman just seems to make his own luck. Ibracadabra!, as they used to say of Ibra's powerful magic when he first came to Italy, and Juventus. The magic endures.

Milan will not be presenting Ibrahimovic with another Serie A winners medal but the night he stymied Lazio, who went on to lose 3-0 on Saturday, looks like a crossroads in the destiny of the league.

Juventus won at the weekend, too, 4-1 against Torino, to go seven points clear of Lazio with eight matchdays to go.

Stefano Pioli, the Milan manager, did not dwell on Ibrahimovic’s scruffy penalty or the deflected goal he had set up but chose to celebrate what the player has given to Milan in the last six months beyond his cameos on the pitch.

The Swede has started only nine of the 17 games Milan have played in league and Coppa Italia – scoring four times – since he embarked on his second spell there, but Pioli credits his aura for helping with an uptick in the club’s form.

“His mentality, his quality and his technical ability have allowed us to grow,” said Pioli. “He has been a pleasure to work with, and to watch in the way he interacts with his team-mates.”

Or indeed in his interactions with his manager. Ibrahimovic, substituted at half-time, spent the second 45 minutes at Lazio animated, looking much like an extra member of the coaching staff.

Pioli had taken him off with the next future in mind: Tonight’s collision with Juventus at San Siro.

The Swede hopes to play a significant part in what might, given he is unlikely to stay beyond August at Milan, be a last heavyweight fixture in Italy, or, indeed anywhere, of Ibrahimovic’s stellar career.

It may the last opportunity to bump fists on a Serie A pitch with Gigi Buffon, once a Juventus colleague.

Buffon, 42, was promoted from his unusual position as back-up Juve goalkeeper on Saturday to make a 648th top-flight appearance, a new Italian record, although he is likely to be on the bench again for the trip to Milan.

It might very well be the last occasion Ibrahimovic and Cristiano Ronaldo, two towering figures of the modern game, share a competitive stage.

A 12th and final episode in a rivalry that has taken in Barcelona-Real Madrid clasicos, dramatic World Cups play-offs between Sweden and Portugal and some epic Champions League nights in Manchester, Milan, Madrid and Paris.

Ronaldo, 35 years young, has no intention of being upstaged in this duel.

The Portuguese has just extended his best streak of form for Juventus, with his 20th goal in his last 16 league outings.

That puts him on 25 for the season – matching the total that made one Zlatan Ibrahimovic Serie A’s leading scorer 11 long seasons ago.

These were the details of the news Clash of the titans: Zlatan Ibrahimovic and Cristiano Ronaldo set for final battle for this day. We hope that we have succeeded by giving you the full details and information. To follow all our news, you can subscribe to the alerts system or to one of our different systems to provide you with all that is new.