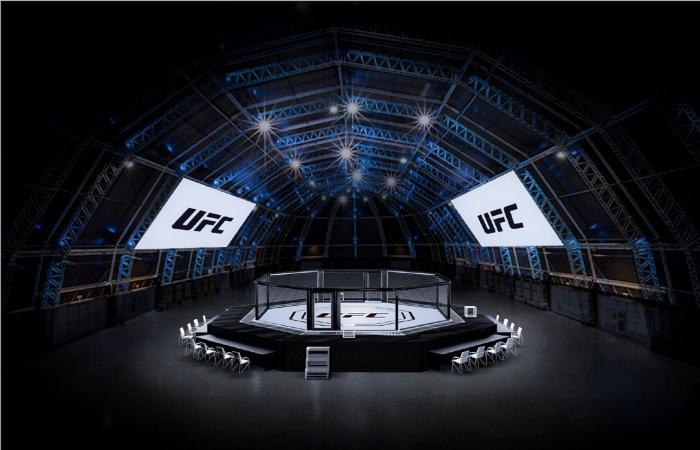 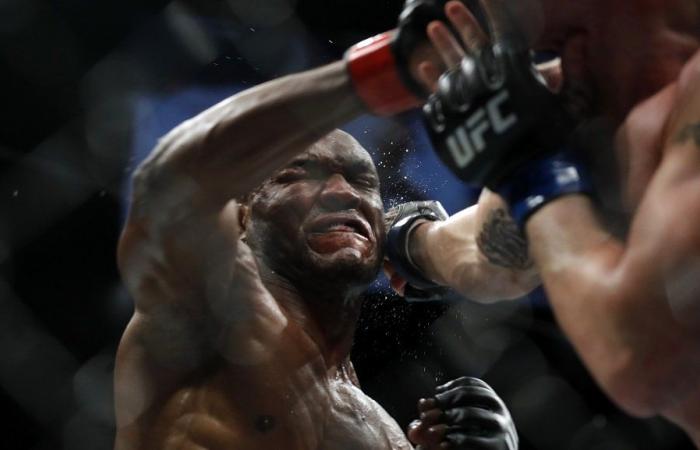 Jeddah - Yasmine El Tohamy - DUBAI: When UFC returns to the UAE capital’s Yas Island on July 11, the message will be clear: Abu Dhabi is open for business.

The two-week “Fight Island” will launch with the pay-per-view UFC 251, with three other fight nights taking place on July 15, 18 and 25. All will take place at Flash Forum.

For Ali Al Shaiba, Executive Director, Tourism and Marketing at Department of Culture and Tourism (DCT) Abu Dhabi, it represents so much more.

“This is not just for Abu Dhabi or the UAE, but for the whole region,” he said. “We want to show that we were able to handle the challenges [of the coronavirus crisis] and able to organize an event of this magnitude.”

With fighters flying in from all over the world, Fight Island is set to be the biggest post-Covid-19 international sporting event yet.

To welcome the fighters, their trainers and delegates to Abu Dhabi, a 10km state of the art “Safey Zone” has been built by DCT on Yas Island, where nothing has been left to chance to ensure the safety of everyone involved.

”We were in discussion with UFC for three months. For us the big challenge at the start was how we can hold this event safely in the middle of what was going on. How can we control this?” said Al Shaiba.

“We needed an open space that can be utilized safely. As you know Abu Dhabi is an island, in fact it is made up of almost 215 islands. We thought why not have it on an island where we can control the border and all the points of entry? Where we can be sure of the safety and hold it comfortably.”

Headlining UFC 251 will be welterweight champion Kamaru Usman’s title bout with Gilbert Burns, and also on the card is the rematch between reigning featherweight champions Alex Volkanovski and Max Holloway. The third title fight will take place between Petr Yan and Jose Aldo for the vacant bantamweight crown.

Every precaution has been taken to make sure that every one of the expected 2,500 essential personnel involved in the event at any level will have been tested thoroughly before being allowed inside the Safety Zone.

”We have different testing protocols for the staff who are involved in the organization here and for the fighters and camps who will be coming from abroad,” Al Shaiba said.

“The staff in Abu Dhabi were in quarantine for 14 days on one of the five or six hotels on Yas Island which will be holding delegates and participants. In those 14 days they are tested three times, and after the last one, they are allowed to leave the hotels and carry on their in their roles across the Safety Zone.”

Those coming from overseas, Al Shaiba said, will be tested 48 hours before departure, and then again on landing at Abu Dhabi Airport. After that they will receive a third test 48 hours later at their hotel.

The event’s strict guidelines mean that normal Covid-19 safety procedures will apply to everyone taking part once on the island. That means social distancing will be maintained, while wearing masks will be a requirement while moving around Fight Island. Meals and food deliveries will also follow government regulations that apply to the rest of the population.

Al Shaiba revealed that during their downtime the fighters and their colleagues will have plenty to keep them entertained, with golf courses, beaches and fine dining outlets open for all to visit under controlled conditions.

Above all, a meticulous training program has been devised for the fighters to ensure minimal contact with other participants.

“We ensured that we used best practices in planning the schedules,” Al Shaiba added. “For example, in the hotels where the fighters will be staying, every floor will have its own gym and training facilities, so there will less need for them to be constantly take elevators every day.”

While cutting down on such unnecessary movements ensures a higher level of safety, there will also be further measures in place to facilitate greater freedom during the preparations.

”Of course each hotel has its own main gym for the more advanced training the fighters need to take part in,” he said. “And there are other training facilities around the island that will follow safe distancing procedures. The different schedules of the fighters will comfortably not interfere with each other.”

Al Shaiba pointed out that while they were expecting up to 100 fighters to take part in the two-week event, at any one time, only some of them will be on Fight Island.

”This involved with UFC 251 for example, will leave after their fights, while others involved in the fight nights might arrive a week after that. The arrivals and schedules of the fighters will be staggered according to their participations.”

Abu Dhabi’s partnership with UFC is only set to get stronger in the coming years.

On Sept. 7, 2019, The Arena, Yas Island held UFC 242, which saw headliner Khabib Nurmagomedov defeat Dustin Poirier in the lightweight title fight. It was the first of five agreed UFC fight nights with DCT, and Al Shaiba was keen to clarify that Fight Island is a standalone event, and separate from that initial agreement. There will be plenty more to look forward to in the coming months and years.

”Our contract with UFC is for five years, with one fight night scheduled per year,” he said. “Fight Island is an additional event to that. We promise fans four more events, starting hopefully with one at the end of 2020 if at all possible.”

These were the details of the news UFC Fight Island shows Abu Dhabi is open for business for this day. We hope that we have succeeded by giving you the full details and information. To follow all our news, you can subscribe to the alerts system or to one of our different systems to provide you with all that is new.