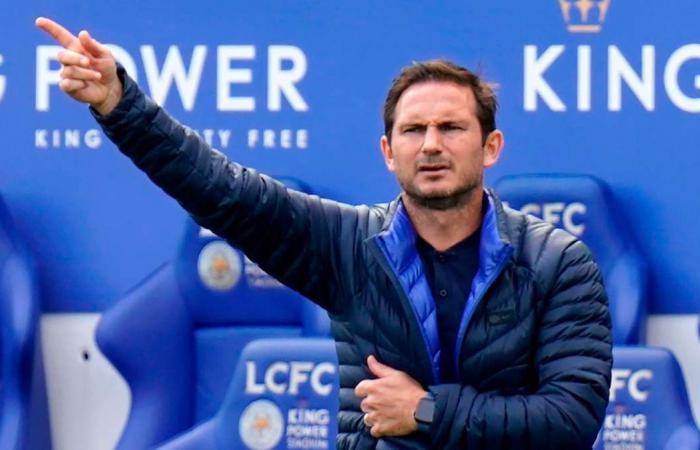 The England midfielder's strike beat Leicester 1-0 on Sunday to set up a semi-final tie with Manchester United.

Lampard won the competition four times as a player with Chelsea and they are seeking a ninth win overall.

He showed his ruthless side at the King Power Stadium after hauling-off three of his brightest young players at half-time.

Mason Mount, Billy Gilmour and Reece James made way for the more experienced trio of Ross Barkley, Mateo Kovacic and Cesar Azpilicueta and the difference was clear.

Barkley, who won the FA Cup with the Blues in 2018, feels the manager will continue to push the players.

He said: "It's the mentality of the club and the gaffer since he's been back. He wants to win every game and it's a trophy.

"Chelsea are a massive club, we win trophies every year and everyone's motivated with every FA Cup game.

"Even before the lockdown we had big results against big sides and since we've been back we beat Man City in the week and at Leicester, against an excellent side, we won the game. It's given us confidence and hopefully we continue with it."

It was Barkley's third FA Cup goal of the season and just his fourth of the campaign.

He is yet to score in the Premier League, with Chelsea fourth, but believes having the club's 211-goal record scorer as manager the goals will come.

"The gaffer encourages it, he likes the midfielders getting into the box,' he told the club's official site. "In training every day, with repetition of arriving in the box, he encourages that and gives us tips.

"In this game it paid off for me and any midfielder that plays for us that gets in the box will get goals."

As for the three players hauled-off at half-time, Lampard said they would "take it on the chin".

He said: "It is a learning experience. I could have taken more off, or other players off. I am not pulling those out on their own. They will be top players for this club and have top careers.

Leicester remain a point ahead of Chelsea in the Premier League but have failed to win since returning following the enforced break because of the coronavirus pandemic.

The Foxes go to Everton on Wednesday, with James Maddison a doubt with a hip injury, and Demarai Gray knows they need to get back on track.

"We're in a great position in the Premier League. It's important we just maintain it, stay focused, and try and stay up there and get higher if we can," the winger told lcfc.com.

"There's always a game around the corner now and we're all going to be used. We've got good squad depth, so hopefully we can get three points there and get some momentum.

"We're in a great position in the Premier League. It's important we just maintain it, stay focused, and try and stay up there and get higher if we can."

These were the details of the news Ross Barkley says Chelsea have FA Cup edge thanks to drive of Frank Lampard for this day. We hope that we have succeeded by giving you the full details and information. To follow all our news, you can subscribe to the alerts system or to one of our different systems to provide you with all that is new.