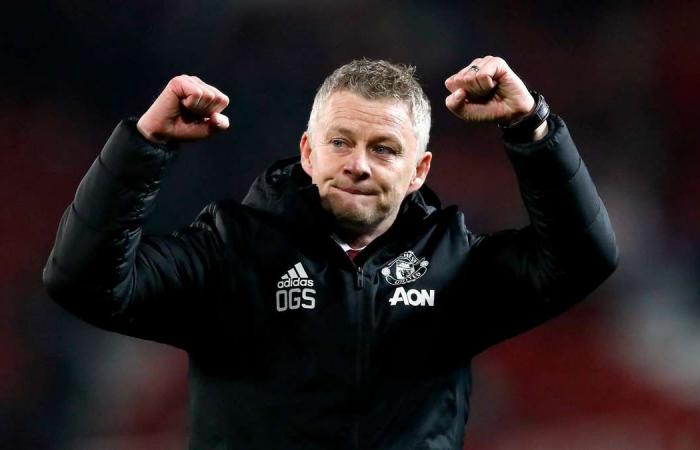 United have not won a championship since 2013, but the Old Trafford boss claims they will one day return to the top.

Solskjaer mocked City's past struggles as he recalled a five-year wait before playing in a Manchester derby.

The Norwegian joined United in the summer of 1996 just after City had been relegated to the Championship - and eventually faced them in a 1-1 draw in 2001.

"At least we play every year now," he added. "Took many years before I played a Manchester derby myself, it's changed in a way."

And when asked if United were still bigger, despite City's recent dominance, he responded: "Yeah."

"As long as we're going in the right direction and we get there, that day when we do it is going to be a very good day."

Solskjaer said United would also look to strike the right balance in their squad with their transfer strategy.

"Do I look like I'm going to spend hundreds of millions of pounds on players we're not sure of?" he said.

"As I said, we need to rebuild. We need to change the culture, you want the culture with that hunger and selflessness that most of these players are showing.

"You've got the (Scott) McTominays and (Marcus) Rashfords and (Jesse) Lingards, the players that know what Man United is.

"We keep on going in the direction we're going. We know we need to strengthen the squad in depth."

Having beaten Chelsea, Leicester and Tottenham, and drawn with Liverpool, this season, Solskjaer says City will hold no fears for his side when they go to the Etihad.

"They haven't had the results of last year, but they're still the best team in the league when they're playing the way they can," he added.

"You can't argue we're too far behind, but it's a chance for us now to challenge them and bridge that gap a little bit."

Anthony Martial returns to the squad after missing the Spurs game, but Paul Pogba remains sidelined following his ankle injury.

These were the details of the news 'That day when we do it is going to be a very good day' - Ole Gunnar Solskjaer claims Manchester United will overhaul rivals City for this day. We hope that we have succeeded by giving you the full details and information. To follow all our news, you can subscribe to the alerts system or to one of our different systems to provide you with all that is new.