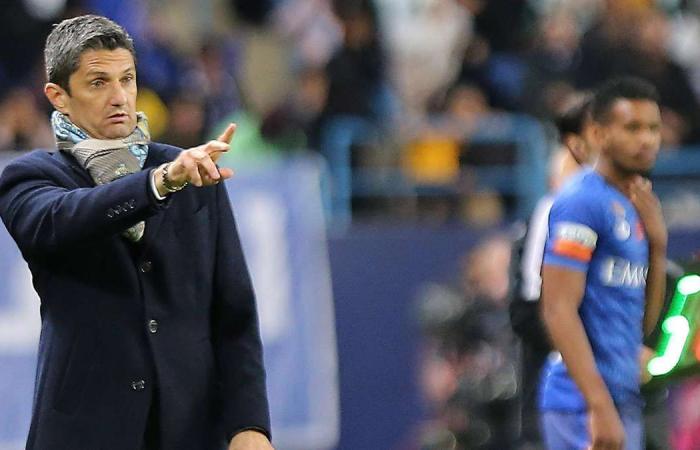 Hind Al Soulia - Riyadh - Al Hilal must display both the hunger and humility to hold onto their Asian Champions League crown, according to manager Razvan Lucescu.

The Saudi Arabian side, arguably the continent's most popular club, begin the defence of their crown on Monday, when they open Group B against Iran’s Shahr Khodra at the Zabeel Stadium in Dubai.

Hilal were crowned Asian champions only last November, after they defeated Japan’s Urawa Red Diamonds 3-0 on aggregate to end a 19-year wait for the trophy. They are seeking to become the first side to win back-to-back titles since Saudi rivals Al Ittihad in 2005.

“It’s always a huge motivation to start the Champion League; it’s something special, something different from the local competitions,” Lucescu said on Sunday. “Everybody has the huge desire to be involved and give everything in these kinds of games.

“Being the champions has given us much more responsibilities and at the same time we went through this huge happiness of the last final, all these qualifications until the final against [Urawa], and we faced fantastic feelings, fantastic emotions. And we want to repeat this.

“We are motivated and we want to have another good competition. But we know very well that now we’re at the first step and we have to be pay attention, be focused, be concentrated. Because to arrive at that level we must have the humility of going back to the first moment of the competition to be ready to fight for the trophy.”

Hilal have been drawn in Group B alongside Shahr, Arabian Gulf League leaders Shabab Al Ahli Dubai, and Uzbekistan champions Pakhtakor. Three-time Asian champions, the Riyadh club has contested three of the past six finals, losing twice before finally getting over the line against Urawa.

Lucescu, 50, acknowledges getting to another showpiece run will be even more difficult, especially since Hilal have a target on their back given last year’s success. The top two teams progress to the knockout stages.

“I don’t want to talk too much about the group because it’s important for us to talk about us, about every game that we have in front of us,” the Romanian said. “First it’s this game - we have to be prepared - and then after to think about the next game.

“In any case, being the winner of Champions League last season, it’s clear that all the situation is in our hands. It depends on us totally to qualify to continue our dream. But to be able to achieve this dream it’s very important to have the correct attitude, the correct mentality, to understand that every game is a difficult game, that every team wants to stop us because we are the champions of last season.”

In theory, Shahr should not provide too much resistance on Monday. Debutants in the competition, the Iran club had to come through a play-off against Bahrain’s Riffa and then a penalty-shootout victory against Qatar’s Al Sailiyah just to take their place in the group.

Asked about the perceived disparity between the two sides, Lucescu said: “These things are for you, for the media. Because the game is played between two teams, with 11 players and 11 players.

"Maybe it’s a matter of difference in quality, but at the same time we know that Iranian teams have players with good energy, good physical aspects, players who like to play with the ball.

“The difference tomorrow will come from experience, but most important is for us to be able to show the strong motivation, entering the game with the correct humility, accepting that every game is a fight and we have to be prepared to fight. Because after, yes, the quality makes the difference.”

These were the details of the news Al Hilal 'motivated' as Asian Champions League holders take first step in title defence for this day. We hope that we have succeeded by giving you the full details and information. To follow all our news, you can subscribe to the alerts system or to one of our different systems to provide you with all that is new.