How Cristiano Ronaldo compares to Diego Maradona, Pele and other great strikers at 35 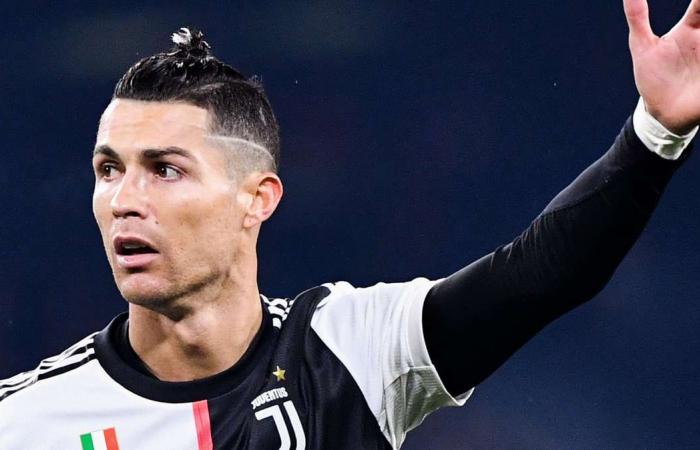 Thank you for your reading and interest in the news How Cristiano Ronaldo compares to Diego Maradona, Pele and other great strikers at 35 and now with details

Hind Al Soulia - Riyadh - Ruud van Nistelrooy was a master goalscorer during spells at Manchester United and Real Madrid. The goals dried up somewhat during two seasons at Hamburg and as a 35-year-old he had a final season at Malaga which was one of the worst of his career in terms of goal rate - just 5 in 32 appearances. Reuters

Didier Drogba appeared to be winding down when he left Chelsea in 2012, but he wasn't finished yet. After a brief spell in China he turned 35 while at Galatasaray in Turkey and scored six goals in 17 games during the 2012-13 season. He played on until 2018. Reuters

Thierry Henry had pace to burn during a dazzling career at Arsenal and Barcelona. He was at New York Red Bulls at 35, scoring 15 goals in 27 games during the 2012 season. Reuters

The highest goalscorer in World Cup finals, Miroslav Klose was at Lazio when he turned 35 in June 2013. The German striker netted 16 goals in the 2012-13 season and went on to score twice in the 2014 World Cup finals. Impressive longevity at the top level. Reuters

Diego Maradona's colourful career drew to a close back home in Argentina with Boca Juniors. He joined the club from Sevilla in 1995 and turned 35 during the 95-96 season in which he scored 5 goals in 24 games. He played only another 7 matches after that before retiring. Getty Images

Pele did what many great players did in the twlight of their career in the 1970s - moved to the United States. The Brazilian legend turned 35 during his first season with the New York Cosmos and scored 15 goals in 23 games. He played two more seasons before retiring. NY Daily News Archive via Getty Images

It's not just Ronaldo turning 35 on February 5 - it's Carlos Tevez's 35th birthday too! The Argentine, known for his all-action playing style, is back with Boca Juniors, the club he started his career with, and has netted three times this season. Getty Images

Andriy Shevchenko was undoubtedly one of great strikers of the past few decades. As Chelsea fans will attest, time however caught up with him quickly once he moved to London from AC Milan. He closed out his career back in his homeland with Dynamo Kiev and turned 35 during the 2011-12 season in which he scored six goals in 22 appearances. Reuters

Samuel Eto'o's age was once questioned by his Chelsea manager Jose Mourinho who was recorded saying that the striker at the time was '32, maybe 35, who knows?' Eto'o certainly wasn't finished in his mid-30s, scoring 20 goals in the 2015-16 season for Antalyaspor during which he turned 35. Getty Images

Zlatan Ibrahimovic is the other golden oldie currently showing that age is not necessarily a barrier. He turned 35 while at Manchester United and scored 28 goals from 46 games in the 2016-17 season. He's now back at AC Milan after a successful spell in the US for LA Galaxy and looks like he will be banging in the goals for a while longer. Reuters

Fabio Quagliarella has been scoring goals for two decades but it has been in the twilight of the Italian's career that he's received the most plaudits. He turned 35 during the 2018-19 season - a campaign in which he outscored Ronaldo in Serie A with 26 goals for Sampdoria. Reuters

Spaniard David Villa was in the US during his 35th year, playing for New York City. He still had the legs, and quality, to score 23 goals in the 2016 season and went on to complete a couple more prolific seasons before seeing out his career with a season in Japan. Reuters

It was hard to imagine Raul in any other shirt than Real Madrid, but the Spaniard eventually moved on to Schalke and then Al Sadd in Qatar. Renowned for speed of thought and craft rather than pace, he just finished a 21-goal season for Schalke in 2012 as the clock ticked to 35, bringing an end to his time in Germany. He played three more seasons before retiring. Reuters

These were the details of the news How Cristiano Ronaldo compares to Diego Maradona, Pele and other great strikers at 35 for this day. We hope that we have succeeded by giving you the full details and information. To follow all our news, you can subscribe to the alerts system or to one of our different systems to provide you with all that is new.