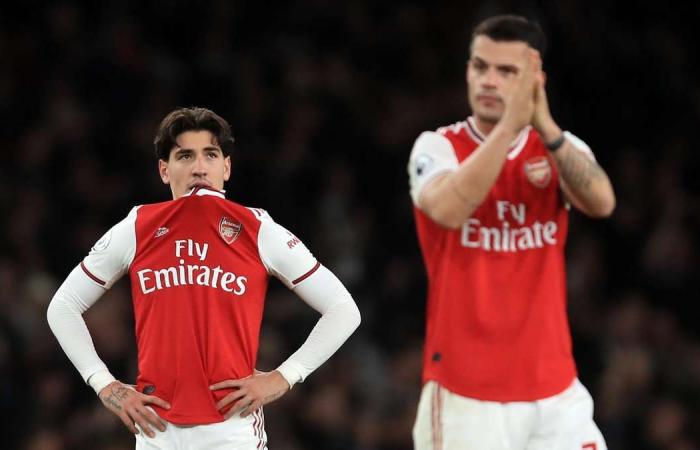 Adam Webster opened the scoring for the visitors at the Emirates Stadium, before Alexandre Lacazette levelled on his 100th Arsenal appearance. Neal Maupay then headed home Brighton's winner with 10 minutes remaining.

It not only condemned Ljungberg to defeat in his first home game in charge, but also ensured Arsenal have now gone nine games without a win, their worst run in over 42 years.

"It's tough, they looked low on confidence in the first half," said Ljungberg, who has taken over the Arsenal first team on a temporary basis following the sacking of Unai Emery last week.

"We need to dig out a win to get some confidence. It's obvious the nerves in the crowd affect the players.

"They are human beings, they want to do well and they feel pressure. But we need a win and we showed in the second half we can get one."

Bellerin lamented Arsenal's lack of luck and called on the team to be more clinical in front of goal.

"I have the feeling that whatever we do it doesn't come out right," the 24-year-old Spaniard told Amazon Prime.

"The team gave its best, we created chances, we defended good but it seems like we need so many chances to score and teams score every chance against us. I am lost for words a little bit.

Brighton's win meant manager Graham Potter was able to repeat his Europa League triumph over the same opposition at the Emirates with Swedish minnows Ostersunds in February last year.

"Thursday nights at Arsenal are great!" Potter said. "Hopefully the Premier League will arrange more games on a Thursday."

Brighton's second away win of the season - and a first ever at Arsenal - lifted them above Aston Villa, West Ham and Bournemouth into 13th.

"We showed great quality and great courage, so overall I'm delighted with the players. It's fantastic to get three points and play like we did," Potter said.

"Given the quality up front they have everything can change, but credit to the players, they managed the situation well, and there was a bit of quality from us as well.

"We've had a tough batch of games so it's nice to come away from home, win, and play well. It gives us a bit more confidence on the path to going somewhere."

These were the details of the news Hector Bellerin 'lost for words' after defeat to Brighton leaves Arsenal on worst run in 42 years for this day. We hope that we have succeeded by giving you the full details and information. To follow all our news, you can subscribe to the alerts system or to one of our different systems to provide you with all that is new.