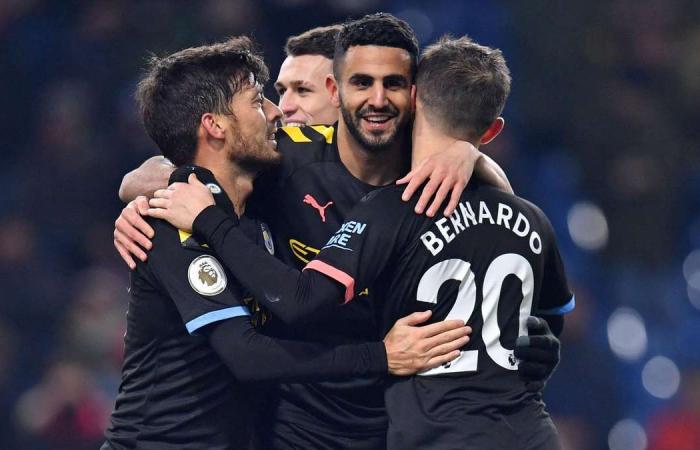 Thank you for your reading and interest in the news Manchester City edge derby, Chelsea pile more misery on Everton: Premier League predictions and now with details

Hind Al Soulia - Riyadh - Everton v Chelsea, Saturday, 4.30pm: What a mess Everton are in. All that money spent, languishing in the relegation places, and now manager Marco Silva has been sacked. Richarlison is one of the players that cost, and promised, so much early on, and if they are to recover then the Brazilian needs to follow up his goal at Liverpool in midweek with a whole load more. PREDICTION: Everton 1 Chelsea 2 Reuters

Bournemouth v Liverpool, Saturday, 7pm: What more can anyone say about Liverpool, other than congratulations! Fifteen games into the season and just two dropped points. Five goals against Merseyside rivals Everton in midweek. Eight points clear at the top of the Premier League. Time to just sit back and enjoy rather than ask the 'what if' questions. PREDICTION: Bournemouth 0 Liverpool 2 PA

Tottenham v Burnley, Saturday, 7pm: Joe Mourinho admitted Manchester United deserved to beat Tottenham in midweek. That must have hurt the Portuguese! Of course it's very early days into his reign, but the signs are good. Getting the best out of Dele Alli is a huge bonus and will help Tottenham push on from their lowly eighth position. PREDICTION: Tottenham 3 Burnley 1 AFP

Watford v Crystal Palace, Saturday, 7pm: Watford and Palace are clubs only 30 miles apart, and have often tussled for supremacy over the years. Not this time. Palace are having a fabulous season, Jeffrey Schlupp's winner against Bournemouth elevating them to fifth spot. Watford, on the other hand, can't buy a win. Or a manager. Or barely a goal. PREDICTION: Watford 1 Crystal Palace 3 Getty

Manchester City v Manchester United, Saturday, 9.30pm: City go into the Manchester derby 11 points clear of their rivals, and that's after a poor few months by Pep Guardiola's standards. Marcus Rashford is finding the net more oten, but will his threat be enough to counter the goal machines at City? Ole Gunnar Solskjaer can't afford a heavy defeat in this one. PREDICTION: Manchester City 2 Manchester United 1 AP Photo

Aston Villa v Leicester City, Sunday, 6pm: The 2-0 win over Watford on Wednesday night was Leicester's 11th from their opening 15 games of the season - the first time they have won so many at this stage of a league campaign. Brendan Rodgers is certainly doing an amazing job, and bigger clubs will surely come calling. PREDICTION: Aston Villa 1 Leicester 2 Getty

Newcastle v Southampton, Sunday, 6pm: A huge win for Southampton over Norwich in midweek has lifted them out of the bottom three. It's tight in the lower half of the Premier League, with just two points separating 12th and 18th places, so no room for complacency. Newcastle are one of the sides in the middle of that lot, and will want breathing space. PREDICTION: Newcastle 2 Southampton 0 PA

Norwich v Sheffield United, Sunday, 6pm: Lys Mouset netted his fifth goal of the season at Wolves last weekend, as Sheffield United continue to defy all expectations. They are the first newly promoted side to remain unbeaten in their first seven top-flight away games since Blackburn in 1992-93, and could make that eight on Sunday. PREDICTION: Norwich 1 Sheffield United 1 Getty

Brighton v Wolves, Sunday, 8.30pm: Wolves are on their best unbeaten run in the top flight since 1972, and back up to fifth in the Premier League. Spanish winger Adama Traore has played a key role and was again impressive in the win over West Ham. Nuno Espirito Santo is another manager who will be on the wanted lists the longer this continues. PREDICTION: Brighton 1 Wolves 2 Getty

West Ham v Arsenal, Monday, midnight: Manuel Pellegrini's side have only managed one win in their past nine league games. The manager must be relieved that the focus is on those in charge of bigger clubs, or he might be under more pressure himself. He goes up against a temporary boss in Freddie Ljungberg here, and a big defeat could spell trouble. PREDICTION: West Ham 1 Arsenal 1 Getty

These were the details of the news Manchester City edge derby, Chelsea pile more misery on Everton: Premier League predictions for this day. We hope that we have succeeded by giving you the full details and information. To follow all our news, you can subscribe to the alerts system or to one of our different systems to provide you with all that is new.