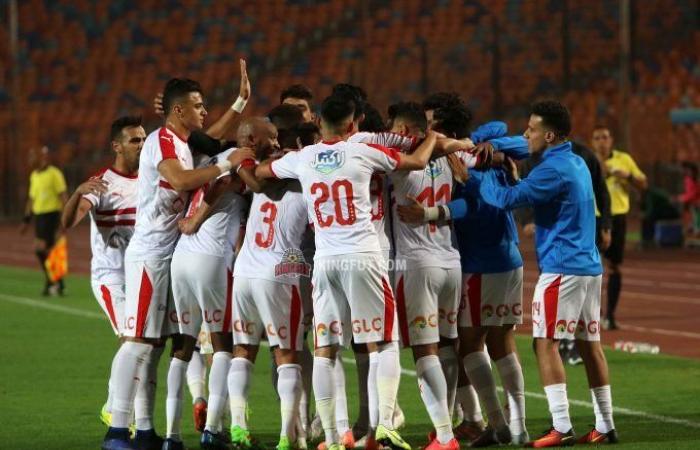 Dubai - Yasmine El Tohamy - Egyptian side Zamalek have put one foot in the CAF Champions League quarter-finals as they were held to 0-0 draw by TP Mazembe.

The first chance of the game came in the 21st minute when Mostafa Mohamed’s shot was brilliantly saved by Mazembe goalkeeper, Sylvain Gbohouo.

Congolese striker Jackson Muleka nearly put his side ahead but his header was blocked by Mahmoud Alaa.

In the 35th minute Mostafa Mohamed took a powerful header however it went just wide.

The rest of the game was quite balanced as both sides failed to create any clear cut chances.

The only shot on target in the second-half came in 75th minute when Mostafa Mohamed took a shot from outside the penalty area but it was easily parried by Gbohouo.

These were the details of the news TP Mazembe hold Zamalek to 0-0 draw in CAF Champions League for this day. We hope that we have succeeded by giving you the full details and information. To follow all our news, you can subscribe to the alerts system or to one of our different systems to provide you with all that is new.