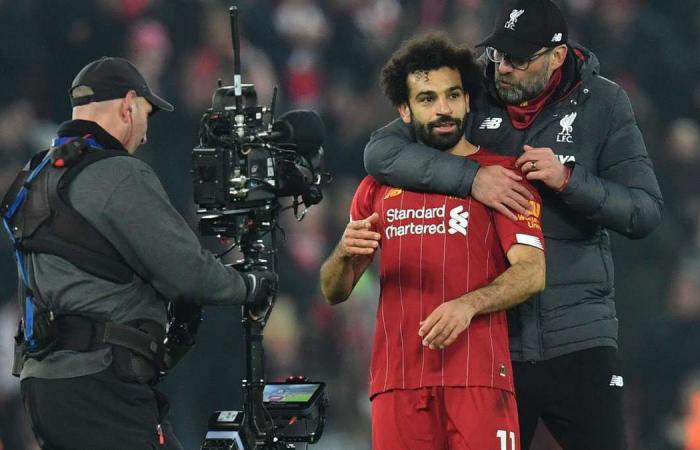 Thank you for your reading and interest in the news FA Cup predictions: No stopping Liverpool and Manchester City, but problems mount for Manchester United and West Ham and now with details

Hind Al Soulia - Riyadh - Brentford v Leicester City, Saturday, 4.45pm: Brendan Rodgers' side will be looking to maintain their Premier League form in the FA Cup against Brentford. The Championship side are going well but will find the Foxes have too much bite, even if they are without injured top goalscorer Jamie Vardy. Reuters. PREDICTION: Brentford 1 Leicester City 3

Burnley v Norwich City, Saturday, 7pm: Burnley will be on a high for this clash of the top-flight strugglers after their win at Manchester United on Wednesday. Goals from Chris Wood and Jay Rodriguez earned the Clarets their first Premier League win at Old Trafford and they will fancy their chances against bottom-of-the-pile Norwich. Reuters. PREDICTION: Burnley 2 Norwich City 1

Newcastle United v Oxford United, Saturday, 7pm: To say Newcastle have been riding their luck of late would be quite the understatement. A 1-0 win at home to Chelsea last weekend - that manager Steve Bruce admitted was a "smash and grab" three points - was followed by a thoroughly undeserved draw at Everton thanks to two injury-time goals from substitute Florian Lejeune. Bruce will be hoping for a much easier day against League One Oxford. Reuters. PREDICTION: Newcastle 4 Oxford United 1.

Southampton v Tottenham Hotspur, Saturday, 7pm: With Spurs manager Jose Mourinho bemoaning his side's bad luck with injuries, the last thing he will want is a cup replay. But Southampton have found a bit of form of late and last week's win at Crystal Palace was hailed by manager Ralph Hasenhuttl as their their best away performance of the season. Expect more moans from Mourinho after the match. Reuters. PREDICTION: Southampton 2 Tottenham Hotspur 2.

West Ham United v West Bromwich Albion, Saturday, 7pm: After two wins from his first two games back in charge at West Ham, manager David Moyes has quickly found out why his team are hovering on the brink of the relegation zone. They have one point from a possible nine and the Scot now finds himself up against a West Brom side top of the Championship, but without a league win since December 14. AFP. PREDICTION: West Ham United 1 West Bromwich Albion 2

Hull City v Chelsea, Saturday, 9.30pm: Consistency continues to be a problem for Frank Lampard's Chelsea. A 3-0 demolition of Burnley was followed by last week's disastrous defeat at Newcastle where Chelsea dominated long periods of the match only to concede a late goal to lose 1-0. And after they failed to defeat 10-man Arsenal on Wednesday, Lampard admitted his side lack a killer instinct. Even without the injured striker Tammy Abraham, Championship side Hull should give Chelsea a chance to find their scoring touch. PA. PREDICTION: Hull City 0 Chelsea 3

Manchester City v Fulham, Sunday, 5pm: There is no stopping Sergio Aguero at the minute. The Argentine came off the bench against Sheffield United on Wednesday to score his sixth goal in three games to earn his side three points. After sweeping aside League Two Port Vale in the last round, expect City to do the same to promotion-chasing Championship outfit Fulham on Sunday. AFP. PREDICTION: Manchester City 5 Fulham 0

Shrewsbury Town v Liverpool, Sunday, 9pm: Jurgen Klopp made nine changes to his starting line-up in the last round against Merseyside rivals Everton - and still deservedly went through. Expect another second-string side on Sunday and another victory for Klopp's relentless win machine at League One Shrewsbury. Getty. PREDICTION: Shrewsbury Town 1 Liverpool 3

Bournemouth v Arsenal, Monday, midnight: Arsenal showed plenty of fight in their midweek draw at Chelsea, despite having defender David Luiz sent-off in the first half but are still finding their feet under new manager Mikel Arteta. Eddie Howe's Bournemouth, meanwhile, are facing a real fight to preserve their top-flight status this season. Despite ending their six-game winless runs in their last match against Brighton, it could well be back to the drawing board for the Cherries after this match. Reuters. PREDICTION: Bournemouth 0 Arsenal 2

These were the details of the news FA Cup predictions: No stopping Liverpool and Manchester City, but problems mount for Manchester United and West Ham for this day. We hope that we have succeeded by giving you the full details and information. To follow all our news, you can subscribe to the alerts system or to one of our different systems to provide you with all that is new.