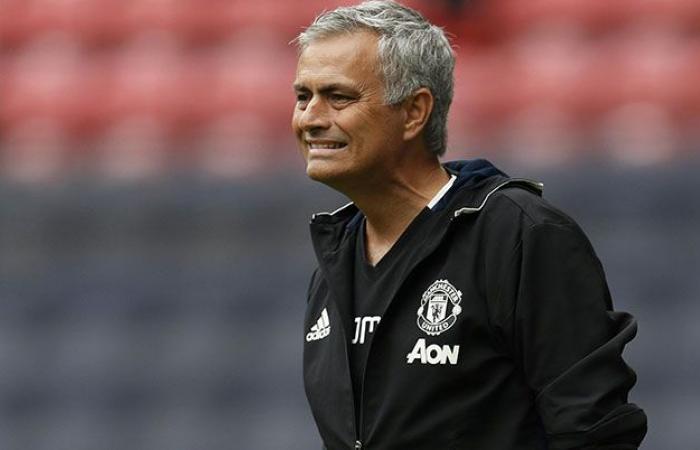 Mohamed Nass - Dubai - Ole Gunnar Solskjaer believes he has the backing of Manchester United fans ahead of a huge week for the Norwegian if he is to maintain the faith of his superiors at the club.

United welcome former manager Jose Mourinho back to Old Trafford on Wednesday with the Portuguese having taken Tottenham above the Red Devils in the Premier League table during his first week in charge of Spurs.

Solskjaer's men, who sit 10th in the table, then travel to neighbours Manchester City on Saturday.

Mourinho, sacked by United last December, replaced Mauricio Pochettino in one of three managerial changes in the Premier League over the past two weeks, but Solskjaer does not believe he is close to meeting that same fate.

“I'm not going to tell anyone how to run their football clubs, but I think everyone knows continuity is one of the keys of success," said Solskjaer.

“Some clubs have more patience than others, some clubs don't have that time and continuity.

“For me, with Man United, we have a plan in place and hopefully we can get the results to speed it up. Sometimes it doesn't go at the speed you want to, but it's still going in the right direction.

“But results, that's key for us. We've got a great chance now, the next few days to turn people's perceptions.”

Just four wins their 14 league games this season has left Solskjaer frustrated, but he insists the mood inside the club is still more positive than when he succeeded Mourinho last season.

"This group is a different mentality. Results will change moods, but the mood behind the scenes is positive," added Solskjaer.

“The league table never lies. It's tight, so we need to put a run together and deserve to move up the table.

“I believe in these players and that we can win any game on any given day. For me, when we get players back, when we've got the full squad fit, I'm sure we can challenge and move up the table.

"It's two points up to Tottenham, fifth. We ended up sixth last season, we want to improve on that.”

Paul Pogba, who repeatedly clashed with Mourinho during their time together at Old Trafford, will not be fit to exact some revenge on the Portuguese with Solskjaer revealing the French midfielder is still some way off a return from a long-term ankle injury.

However, Solskjaer insisted he will still drop those he believes and under-performing and that some are playing for their long-term futures at the club.

"I've been part of a squad where you're never guaranteed a place in the team and that's where we're going to get to."

These were the details of the news Solsjkaer not fearing for his job as Mourinho returns to Man Utd for this day. We hope that we have succeeded by giving you the full details and information. To follow all our news, you can subscribe to the alerts system or to one of our different systems to provide you with all that is new.