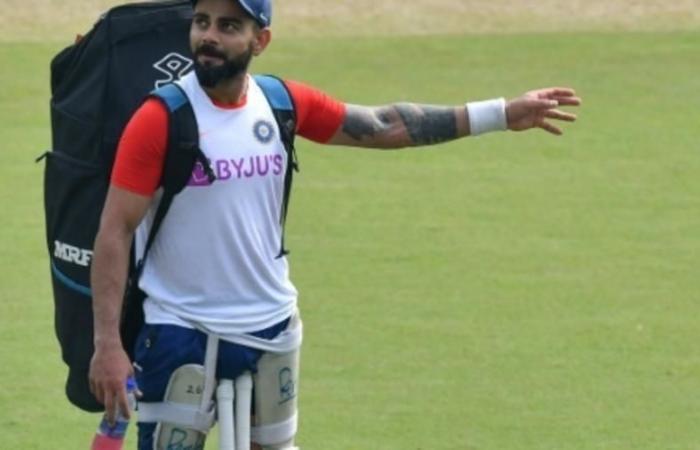 Maxwell, one of the world's best batsman in the shortest format, left Australia's Twenty20 squad last month during a series against touring Sri Lanka.

The move by the 31-year-old Maxwell was backed by his team and support staff with Cricket Australia saying he was a "special player" and they hoped to see him back in the summer.

Kohli praised Maxwell for putting his health before the game.

"I am absolutely for it," Kohli said ahead of India's first Test against Bangladesh in Indore starting Thursday.

"I think what Glenn has done is remarkable and has set the right example for cricketers all over the world."

He added: "I think these things should be respected and not taken in a negative way."

Discussion of stress-related problems is uncommon in the sub-continent, even though players from other countries have quit tours because of mental health issues.

Jonathan Trott returned home from England's tour of Australia in 2013 with a stress-related illness.

England all-rounder Andrew Flintoff admitted to dealing with depression and speculated that it may have been behind his prolonged drinking bouts as captain of a whitewashed England side during the 2006-07 tour of Australia.

Kohli recounted his own inhibitions during his 2014 tour of England when he managed just 134 runs from 10 innings with an highest score of 39.

'The end of the world'

"I have gone through a phase in my career where it was the end of the world," said Kohli.

"In England 2014 I just didn't know what to do, what say to anyone, how to speak, how to communicate.

"I could have said that I am not feeling great mentally and need to get away from the game. But you never know how that's taken.

"These things should of great importance. If you think that the player is important enough for the team or for Indian cricket to go forward he should be looked after."

Kohli said the team were excited about their first day-night Test, the second match of the series starting November 22 at Kolkata's Eden Gardens.

Players have been getting used the pink ball during their net sessions in Indore.

"The pink ball I played yesterday, I felt it swings a lot more as compared to the red ball because there's extra lacquer on the ball which doesn't go away too fast," he said.

"And the seam holds upright quite a bit. I think if the pitch has extra help for the bowlers then the bowlers will be in the game, especially fast bowlers."

He rated India's seam attack as the best in the world with Mohammed Shami, Umesh Yadav and Ishant Sharma in the 15-man squad.

"Batting was never an issue, spin was never an issue. After Zak (Zaheer Khan) and all the stalwarts went away, we were thinking how can we get back to the top, have the ability and the firepower to pick 20 wickets.

"Just seeing the way they've bowled, it's the belief that stands out.

These were the details of the news Kohli hails courageous Maxwell for taking mental health break for this day. We hope that we have succeeded by giving you the full details and information. To follow all our news, you can subscribe to the alerts system or to one of our different systems to provide you with all that is new.