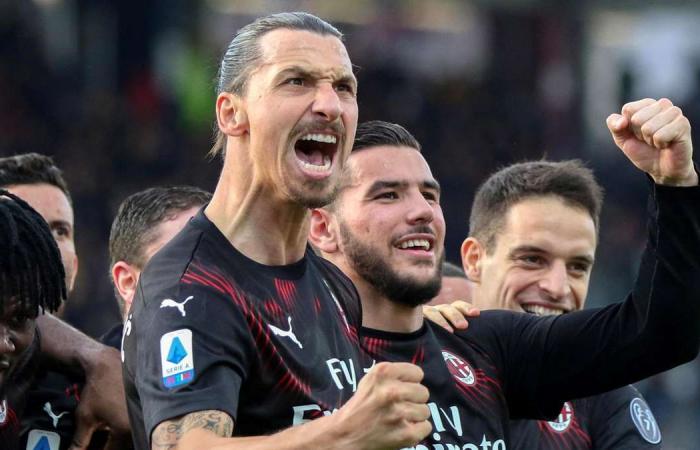 Hind Al Soulia - Riyadh - Zlatan Ibrahimovic has said he has plenty more to offer after scoring on his first start since returning to AC Milan in a 2-0 win away to Cagliari on Saturday to end a three-match winless run in Serie A.

The 38-year-old Swede, who joined the Italian club for a second time on a free transfer in December, swept in a finish on the 64th minute after Rafael Leao's deflected strike broke the deadlock early in the second half.

Ibrahimovic, who made his second debut for the club off the bench during Monday's 0-0 draw with Sampdoria, has now scored a top-flight senior goal in four different decades.

The result elevates Milan to eighth place on 25 points ahead of the rest of the weekend's fixtures, after a run of three games without victory, in which they failed to score a single goal.

"It's important for a striker to score; sometimes it goes in, sometimes it doesn't," Ibrahimovic told Sky Sport Italia.

"I feel good, I got a few things wrong at the start of the game, but I need a few matches to get into top form.

"The coach thinks about my age but it's not a problem, my mind is still sharp and the body must follow."

Milan manager Stefano Pioli selected Ibrahimovic alongside Leao in attack as he switched to a 4-4-2 formation, and the 38-year-old came close in the first half when his header was tipped onto the foot of the post by Cagliari goalkeeper Robin Olsen.

The visitors broke through within a minute of the restart when Leao latched onto a long Samu Castillejo pass and saw his low effort loop over Olsen and into the net after taking a big deflection.

Ibrahimovic topped off an impressive performance with a goal midway through the second half, when he directed a low left-footed shot into the bottom corner from 12 yards out.

The Swede thought he had a second in the closing stages when he headed home a cross, but the goal was disallowed for offside.

These were the details of the news Zlatan Ibrahimovic still finding 'top form' after scoring in AC Milan win at Cagliari for this day. We hope that we have succeeded by giving you the full details and information. To follow all our news, you can subscribe to the alerts system or to one of our different systems to provide you with all that is new.