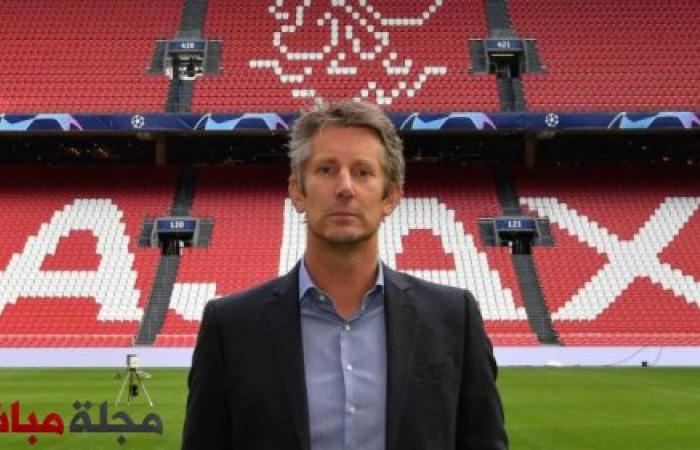 Mohamed Nass - Dubai - Manchester United and Ajax legend Edwin van der Sar has been confirmed as one of the speakers for the 14th Dubai International Sports Conference, DISC, which will be held on 28th December.

One of the Mohammed Bin Rashid Al Maktoum Global Initiatives, DISC has been organised under the patronage of H.H. Sheikh Hamdan Bin Mohammed Bin Rashid Al Maktoum, Crown Prince of Dubai and Chairman of Dubai Sports Council, every year since 2006 and today it is one of the world’s premium football forum, where the game’s top stakeholders assemble for extensive discussions on challenges facing the ever-evolving world of football.

Organised by Dubai Sports Council, this year’s Conference is taking place under the theme, "Future Football Accelerators", and Van der Sar, who is making his first appearance at DISC, will get the ball rolling alongside former England manager Fabio Capello and Ferran Soriano, Chief Executive of Manchester City Football Club, and its parent company City Football Group, in the first of the day’s four sessions titled, "English Football Back to the Top".

Welcoming the speakers, Saeed Hareb, Secretary-General of DSC and Chairman of DISC’s Organising Committee, said, "We are delighted to announce the participation of one of the best goalkeepers to ever play the game, Edwin van der Sar.

"Now the CEO of Ajax, the club where his senior professional career started, Van Der Sar is in a unique position, with experience of both sides of the fence – as goalkeeper, which is one of the most demanding positions in the game, and as a club chief executive.

"The experience he brings and the insights he will offer at the conference, will really enrich the discussions we are going to have under the theme "Future Football Accelerators".

"We are also delighted to welcome back Fabio Capello and Ferran Soriano, who have been two of the staunchest supporters of the Dubai International Sports Conference. Soriano will be making his third consecutive appearance, while Capello will be attending for the ninth time.

"Again, both will have some amazing insights to offer as we discuss the resurgence of English club football - the finals of both the 2019 UEFA Champions League (Liverpool vs Tottenham Hotspurs) and the 2019 UEFA Europa League (Chelsea vs Arsenal) were all-English affairs. It was the first time ever that four clubs from the same nation contested the two major European finals in the same season, and we have three top men to discuss the ascent of English football."

Considered one of the best goalkeepers to ever don the gloves in football, Van der Sar is the second most capped player in the Netherlands national team’s history and has played for top clubs like Ajax, Juventus and Manchester United in a celebrated professional career that spanned 21 years.

These were the details of the news Manchester United and Ajax legend Van der Sar to speak at 14th Dubai International Sports Conference for this day. We hope that we have succeeded by giving you the full details and information. To follow all our news, you can subscribe to the alerts system or to one of our different systems to provide you with all that is new.

PREV “La dama de El Sauce”: the amazing new details about the remains of a 600-year-old woman that amaze archaeologists in Peru
NEXT Maradona doctor defends himself with tears