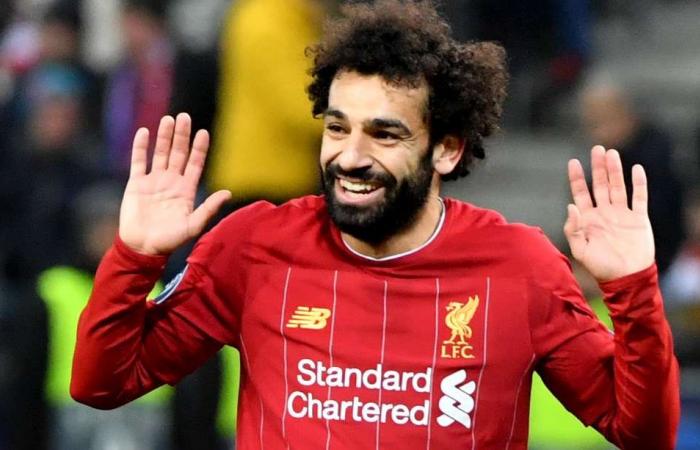 Hind Al Soulia - Riyadh - Holders Liverpool secured safe passage through to the last 16 of the Champions League with a win at RB Salzburg, while Ajax's defeat at home to Valencia saw them miss out on a place in the knockouts.

Last season's semi-finalists were not the only big-name casualty as Inter Milan also missed out while Carlo Ancelotti was sacked by Napoli despite guiding the Italian club successfully through the group phase.

Jurgen Klopp's Liverpool needed at least a point in Austria to keep alive their bid to retain the European Cup, but the champions left no room for doubt with a 2-0 victory courtesy of two goals in two second-half minutes, by Naby Keita and Mohamed Salah.

The victory ensured the Liverpool won Group E ahead of Napoli, who walloped bottom-club Genk 4-0, while Salzburg are out and drop into the Europa League instead.

"What a team," Klopp told BT Sport. "What an effort. It was a tough game."

"We scored two wonderful goals. We could have scored six or seven which is crazy. We won the group, we won the game, all good."

The sheen was taken off Napoli's night somewhat with the news that Ancelotti had been dismissed in the wake of the home win over Genk.

Arkadisuz Milik's first-half hat-trick and a Dries Mertens penalty proved too much for the Belgian club, snapping a nine-match winless run.

Napoli released a statement hours after the final whistle saying they had parted company with the 60-year-old Italian after just under one-and-a-half seasons.

"Napoli has decided to revoke the position of first-team coach from Carlo Ancelotti," it read. "The relationship of friendship, esteem and mutual respect between the club, its president Aurelio De Laurentiis and Carlo Ancelotti remain intact."

There was high drama in Group H as Valencia beat Ajax 1-0 in Amsterdam.

Rodrigo Moreno's strike took the Spaniards through to the last 16 despite them finishing the game with 10 men following a straight red card for Gabriel Paulista after the defender decked Dusan Tadic with a butt to the head in injury time.

Frank Lampard's Chelsea progressed in second place, a point ahead of the Dutch giants, as a result of a 2-1 victory against Lille.

Tammy Abraham and Cesar Azpilicueta were on the scoresheet for the Londoners, who held on after former Blues striker Loic Remy pulled one back for Lille.

Chelsea, the 2012 Champions League winners, finish level on points with Valencia but come second due to their inferior head-to-head record.

Meanwhile, Lyon went through in dramatic fashion in Group G, coming from behind to draw 2-2 with RB Leipzig.

The Germans were two goals ahead at half time thanks to two penalties, one scored by Emil Forsberg and the other by Timo Werner.

Leipzig win the group, while the draw proved enough for Lyon to finish second because Zenit Saint Petersburg lost 3-0 to Benfica in Lisbon.

These were the details of the news Mohamed Salah on target as Liverpool reach Champions League last 16 while Chelsea take advantage of Ajax slip for this day. We hope that we have succeeded by giving you the full details and information. To follow all our news, you can subscribe to the alerts system or to one of our different systems to provide you with all that is new.