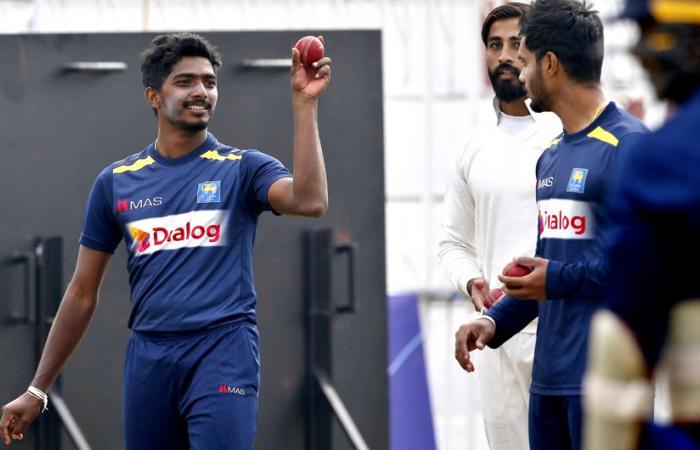 Thank you for reading the news about Rival skippers excited as Pakistan, Sri Lanka set for historic Test and now with the details

Jeddah - Yasmine El Tohamy - RIYADH: Two of the most exciting Saudi-born tennis stars will go head-to-head when in a showpiece exhibition match as part of Diriyah Tennis Cup presented by Saudi Aramco.

Michael Mmoh (USA) and Ammar Al-Haqbani (KSA) – both 21 – will compete in front of an eager home crowd ahead of the final match of the $3 million tournament that has attracted eight of the world’s best players and the eyes of world tennis.

The special exhibition match will take place at 2pm Saturday, December 14th at the Diriyah Arena ahead of the final’s day of the Kingdom’s inaugural international tennis event.

American Michael Mmoh said: “I can’t wait to be coming back to Saudi Arabia and play in front of the local fans. It’s going to be a very special experience for me.

“Having some of the best players in the world coming to the Kingdom can really inspire new fans to pick up a racquet and get on a court for the first time and play this great game.”

Ammar echoed that view, saying: “The Diriyah Tennis Cup presented by Saudi Aramco will have a significant impact on tennis in Saudi, especially for local tennis lovers and young talents who want to be professionals.

“Watching closely as these big names compete at the Diriyah Arena will be a huge inspiration for them to work more and build their professional path  in order to compete on the global stage in the future.”

Named after basketball icon Michael Jordan, Michael Mmoh was born in Riyadh; his father Tony – who peaked at world number 105 – Nigerian, who was a former Saudi-Arabian Davis Cup captain, and his mother from Ireland but an Australian citizen. When leaving the Kingdom aged 13, Michael’s first big move within the tennis world was, when he enrolled in the prestigious IMG Academy student-athlete school in Bradenton (Florida).

That decision and the hard work that followed paid off, with Michael climbing his way to world number two in the junior rankings. By 2018, he had broken into the Top 100 men’s players worldwide. Injury hampered his 2019, but it’s a year he hopes to end with a bang at Ad Diriyah as he closes back in on the Top 100 and seeks to add to his sixth ATP Challenger Tour titles in 2020.

Ammar is a leader in the Saudi national team in the Davis Cup since 2015 and has been a dominant figure in GCC regional tournaments for seven years. He was also the first Saudi Arabian player to win a gold medal in an international tennis competition.

The Cup is one of several sporting spectacles taking place as part of the Kingdom’s 2019 Diriyah Season festival, which has already featured the Clash of the Dunes heavyweight boxing bout between Anthony Joshua and Andy Ruiz.

Its 15,000-seater venue is set upon the UNESCO World Heritage Site of Ad Diriyah, where the ancient mud-wall city will offer a breath-taking backdrop for three-days of hard-court tennis.

These were the details of the news Rival skippers excited as Pakistan, Sri Lanka set for historic Test for this day. We hope that we have succeeded by giving you the full details and information. To follow all our news, you can subscribe to the alerts system or to one of our different systems to provide you with all that is new.