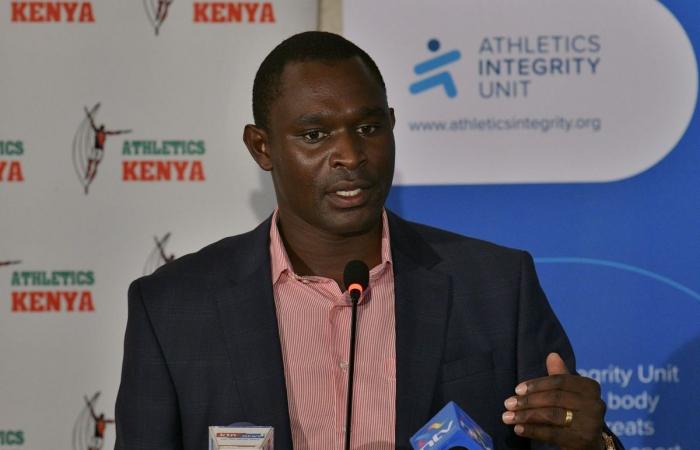 Thank you for reading the news about Kenya's Rudisha aims to regain fitness, defend Olympic title and now with the details

Aden - Yasmine El Tohamy - Kenya's David Rudisha, the twice Olympic 800 metres champion and world record holder who has been sidelined for 2-1/2 years due to injury, wants a title hat-trick at next year's Tokyo Games.
A leg injury meant Rudisha, 30, could not run competitively in 2018 and 2019 but he is now ready to start training and has put the defence of his Olympic crown top of his list for 2020.
"So far, so good. I've started, I don't feel anything," he told Reuters at an Athletics Kenya conference in the northwestern city of Eldoret. "When I push the throttle to the limit, that is when I will know if the problem is completely gone."
Rudisha added that he needed to lose weight before engaging in more rigorous training to determine his full fitness.
Known as 'King David' in Kenya, Rudisha won gold at the 2012 London Olympics and broke the world record. At the 2016 Rio Games, he became the first man in 52 years to retain the 800 title.
"Nobody has ever done (it at) three Olympics... and I know it's very hard for any athlete to win three Olympic titles," Rudisha said.
"I know it's not easy, because there are also youngsters who are coming up, they are also very enthusiastic, they pose really tough challenges and they want to win."
DOPING THREAT
Rudisha also wants fans to keep faith with a sport tarnished by doping. In Kenya, one of the world leaders in track & field, 138 athletes tested positive from 2004 to August 2018, according to a World Anti-Doping Agency report in September 2018.
On Tuesday, the government said it plans to impose criminal penalties - including possible jail terms - on athletes caught doping and was working on new legislation.
"The athletes who are competing out there, most of them are clean athletes and it's just a few trying to pull down the image of our sport," Rudisha said.
He added that it was a miracle he escaped unhurt from a car accident in August, after his SUV collided with a bus on a highway near Keroka in Kenya.
Injuries that have kept him out of competition have been one of his greatest challenges, he added, but are part of sport.
"It's always a challenge because it doesn't give you time to train and to do... what you love," he said.
"What is more important is your achievement, what you did when you were there... what I have done... I am proud of that."
Rudisha said he had faith that he will be back.
"I want to defend my title because the way I got out of the track I still don't say that it's the way I wanted," he said.
"But even if I can train and say maybe one day run one race or two and say I retire, it's acceptable."

These were the details of the news Kenya's Rudisha aims to regain fitness, defend Olympic title for this day. We hope that we have succeeded by giving you the full details and information. To follow all our news, you can subscribe to the alerts system or to one of our different systems to provide you with all that is new.