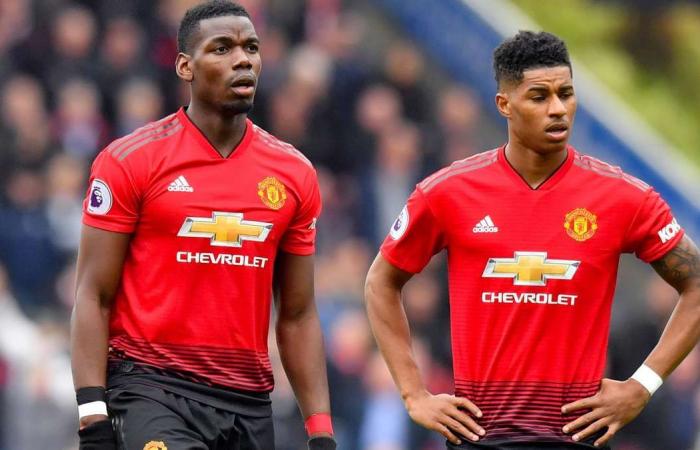 Hind Al Soulia - Riyadh - Manchester United manager Ole Gunnar Solskjaer has said Paul Pogba and Marcus Rashford have recovered from their injuries and will be available for the restart of the Premier League season.

Pogba, who underwent foot surgery in January, and Rashford, who suffered a back injury during an FA Cup third-round clash against Wolverhampton Wanderers, were both expected to miss the remainder of the campaign.

The campaign was suspended in March because of the coronavirus pandemic.

"They're looking good, they've joined training now and they've done everything the other boys have been doing. No reaction so far, touch wood," Solskjaer told United's website.

"When we get started, it looks like we can have a full squad to choose from."

Premier League players have returned to non-contact training in small groups with their clubs and 'Stage Two' of the government's guidance will allow close quarters coaching and tackling in team sports.

The Premier League's 'Project Restart' envisages a return to play in June.

"Hopefully now we've proved we can do this safely and we can move to the next step. It's been really enjoyable being on the training ground again," Solskjaer said.

Everyone’s looking sharp, everyone’s been in with a good mood and we’ve been splitting up in groups so [working in] fours and fives together and they’ve really done well."

Manchester United were fifth in the Premier League, three points behind fourth-placed Chelsea when the season was halted.

Meanwhile, former United striker Teddy Sheringham said on Tuesday that the club should sell Pogba in the summer as the World Cup winner "gives off the wrong vibe" and lacks desire.

"He would drive our team on, he would dig deep and make sure we had a say in every game we played in because of his desire.

When you look at Pogba, yes, he may be a talented boy, but does he have the same mentality? Does he really dig deep and get Manchester United out of the mire when the going gets tough? For me the answer is no.

"He would be one that would need to go so that you can get someone in with the right mentality and desire to drive Manchester United out of the position they are in."

These were the details of the news Boost for Manchester United with Paul Pogba and Marcus Rashford declared fit for Premier League restart for this day. We hope that we have succeeded by giving you the full details and information. To follow all our news, you can subscribe to the alerts system or to one of our different systems to provide you with all that is new.