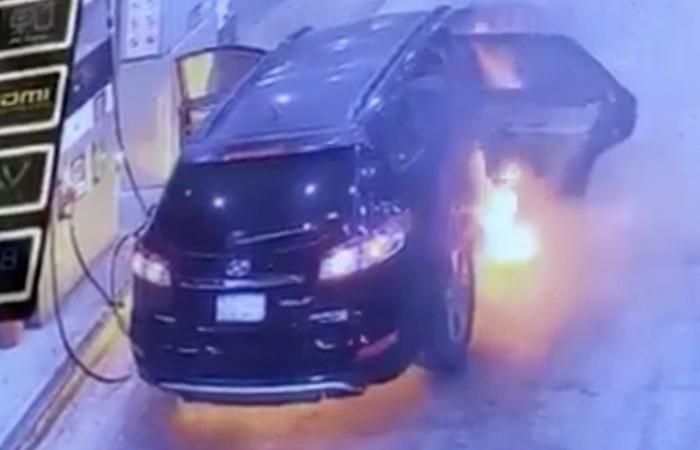 Quick-thinking petrol station workers in Riyadh, Saudi Arabia, averted a major tragedy when they saw a car at a fuel station catching fire. A terrifying surveillance video captured the moment the fire started under the car while petrol is being filled in its tank.

The footage shows a woman sitting in the backseat running out of the burning car and moments later a man is seen coming out of the driver's seat as the fire quickly engulfs the vehicle. Fortunately, the staff used extinguishers just in time to prevent what could have been a dangerous situation.

No one was injured in the fire accident at the petrol station, however, police is investigating the incident, TFT quoted Sada newspaper reports.

These were the details of the news Car catches fire at Saudi petrol pump for this day. We hope that we have succeeded by giving you the full details and information. To follow all our news, you can subscribe to the alerts system or to one of our different systems to provide you with all that is new.