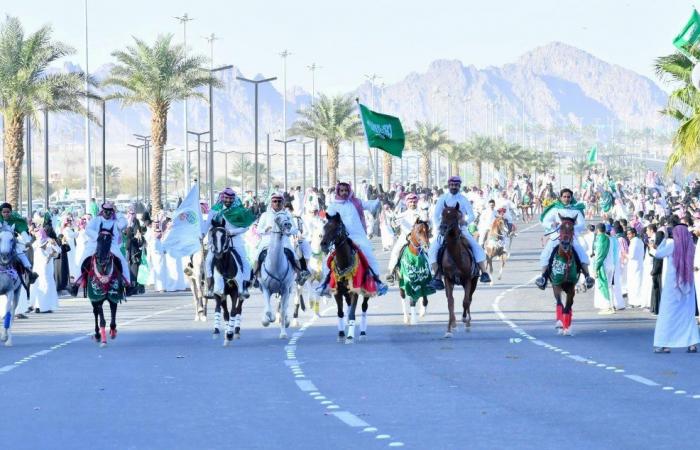 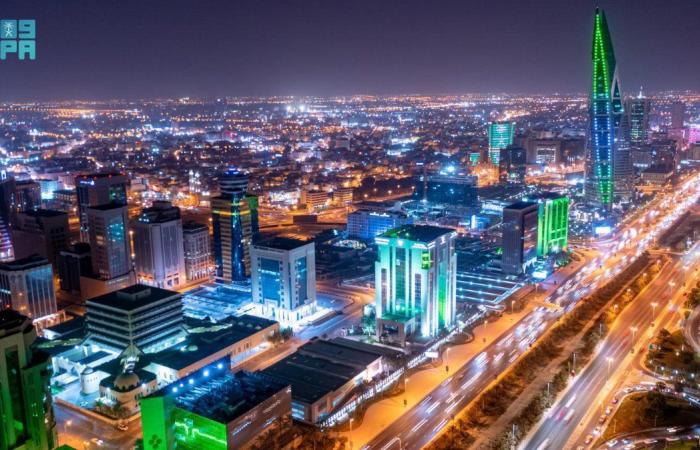 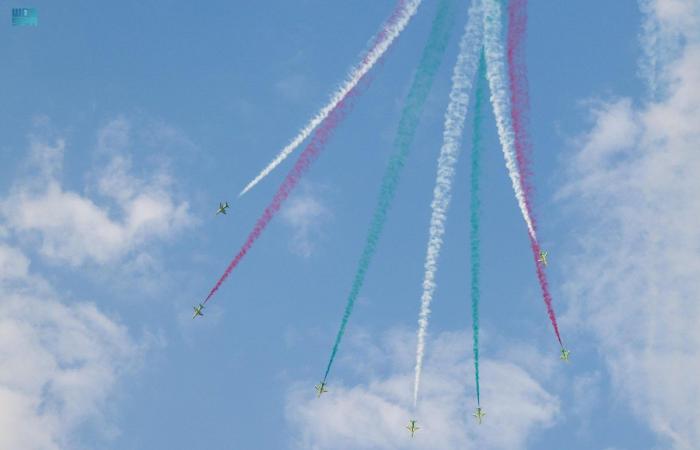 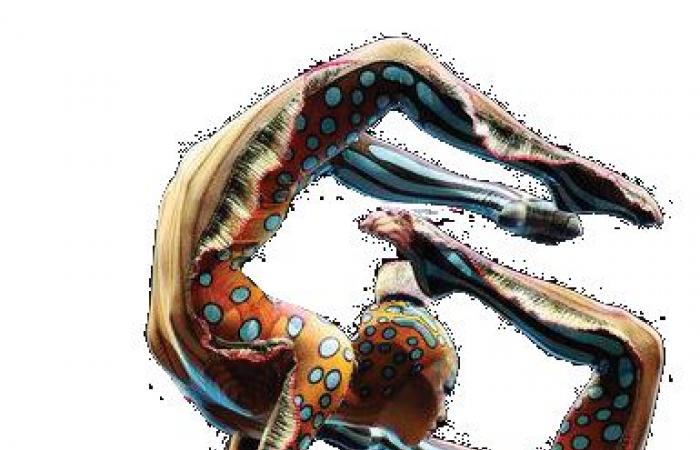 Thank you for reading the news about Saudi Arabia celebrates National Day with arts, theater, air shows and music and now with the details

Jeddah - Yasmine El Tohamy - The marking of Saudi Arabia’s 92nd National Day comes at a momentous time in the nation’s history because of its remarkable journey of transformation and development.

Citizens and residents alike will be celebrating over the course of the week to come, with events paying homage to the Kingdom’s heritage, art and culture.

Riyadh is set to celebrate Saudi National Day with a range of events and activities including music, theater and a specially designed Cirque du Soleil show.

In preparation, the capital city’s main roads have been bedecked with hundreds of green national flags.

The sky will light up with fireworks in front of Al-Thaghr Plaza on Sept. 23 from 9 p.m.

The Royal Saudi Air Force will have an acrobatics display with jets and civilian aircraft that can be viewed from Um Ajlan Park on Sept. 22 and 23 from 4 p.m. to 5:30 p.m.

The Royal Guard will conduct a parade at Riyadh Front to the tune of the national anthem played by a military band, ahead of a procession of classic cars on Sept. 23 from 9 p.m. to 10 p.m.

Admission is free to the fireworks display, airshow and Royal Guard parade.

In addition, Jump Saudi will host a two-day showjumping competition. Tickets are SR57.50 ($15.30) and can be obtained online through Riyadh Platinum or Enjoy Saudi via the General Entertainment Authority website. The event will take place on Sept. 22 and 23 from 4 p.m. to 1 a.m.

This year, the national circus is presenting a specially designed Cirque du Soleil show entitled “The Wealth of a Nation” at Princess Nourah bint Abdulrahman University theater from Sept. 21 to 24 from 8 p.m. to 12 midnight.

Arab musicians Ahlam and Abady Al-Johar will perform on Sept. 23 at Abo Baker Salim stage from 9 p.m. to 12 midnight.

The Ministry of Interior is organizing its own festivities under the slogan “The Pride of The Nation” at Riyadh Front from Sept. 21 to 24. The event will also feature a live orchestra and 12 interactive pavilions. 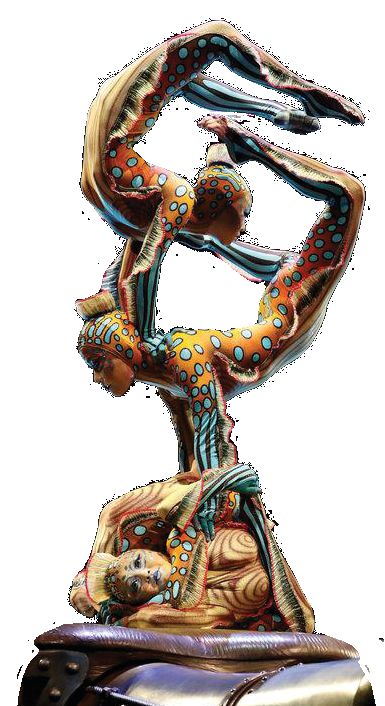 A festival will be held at the Diplomatic Quarter’s Grassy Park from Sept. 21 to 24, which will include heritage shows, handicrafts displays, a dancing fountain, action games for children and food stalls.

The AMC-2 theater auditorium is set to feature a live 90-minute stand-up comedy show on Sept. 22 from 8 p.m. to 9:30 p.m., with three international acts alongside a Saudi performer.

The city’s coastline will be lit up with a massive, seven-minute fireworks show on Sept. 23 at the Jeddah Season carpark area, which is expected to be seen from any location in the city. This show will coincide with 17 other similar displays around the country.

For three days, from Sept. 18 to 20, Jeddah residents can enjoy an airshow near the Hilton Hotel on the corniche, beginning from 4:30 p.m. This will also be the location for a marine show on Sept. 23.

Jeddawis can also enjoy a military parade at 5 p.m. on national day organized by the Ministry of Interior at the Jeddah Art Promenade. The venue will also see fireworks displays from 9 p.m. on Sept. 22, 23 and 24.

In addition, the Jeddah Art Promenade area will feature a light-and-sound display on Sept. 23. There will also be a Saudi folklore show from 6 p.m. to midnight on Sept. 22, 23 and 24. Moreover, there will be “Layali Watan” events and activities held over the same period.

In addition, the Jeddah Art Promenade will feature a Mosaic Wall with various pieces of art on Sept. 22, 23 and 24, showcasing the history of the Kingdom.

The promenade will also have a National Day Corner, with a Photography Kiosk and an exclusive show for children on Sept. 22, 23 and 24.

The venue will have several music concerts, with Saud Sanan performing on Thursday Sept. 23, female singer Dukhuon on the same day, and Ahmed Ashour on Sept. 24.

Egyptian singer Angham and her compatriot Ahmed Saad will perform at Benchmark Theatre on King’s Road at 9:30 p.m. on Saturday Sept. 24. According to the Ticketing Box Office website, all VVIP tickets have been sold.

There will also be festivals held from 5 p.m. to midnight at the city’s Prince Majed Park, from Sept. 21 to 24.

The Eastern Province has a series of fun events for all ages to celebrate the Kingdom’s 92nd National Day including live performances, fireworks, and marine and air shows.

King Abdullah Park in Dammam is set to host a four-day celebration from Sept. 21 to 24 from 5 p.m. to midnight, featuring a variety of festivities including folkloric dances and fountain shows.

During the celebrations, performers will roam through the park dressed in traditional attire. There will be several action games and giveaways for families. The event is free and open to children of all ages.

Families are encouraged to dress up in traditional attire for the events throughout the week.

Dammam will host the annual fireworks show that will be visible from the corniche on Sept. 23 from 9 p.m. Admission is free and open to all ages.

Eighteen cities across the Kingdom will feature fireworks displays simultaneously with Dammam including Riyadh, Jeddah, Abha, Tabuk and Al-Ahsa.

Nearby Alkhobar will also be hosting a marine show led by the Royal Naval Forces. The show will take place on Sept. 23 from 4:30 p.m. to 5:30 p.m. at the corniche.

In addition, King Abdullah Cultural Center in Jubail will hold live concerts featuring some of the most popular regional performers including Moudi Alshamrani, Sultan Khalifa, Shamma Hamdan and Khadijah Moath, from Sept. 21 to 24.

Children will not be allowed to attend the concerts. Tickets are available on the Enjoy Saudi website.

The southern and northern regions of the Kingdom are preparing to celebrate the 92nd National Day on Sept. 23 with various shows and concerts including “A Homeland Salute” by the Royal Saudi Air Force.

On Sept. 23 from 9 p.m., a massive five-minute fireworks display will be held across several cities.

In Jouf, north of the Kingdom, Sakaka’s residents will be able to gather at King Abdullah Cultural Center to watch the show.

In the Northern Borders region, spectators in Arar can see it at the city’s Water Tower Park.

In the southwest, it can be enjoyed in Al-Nahdah district in Najran, while in Abha in Asir they can do so at Sama Abha Park.

The activities include air and marine shows.

The Royal Saudi Air Force will perform for 10 days with Typhoon, F-15, Tornado, and F-15C fighter jets across 14 cities. The show is titled “A Homeland Salute,” to celebrate the country’s achievements under its leadership.

Various festivals with folklore dances, games and handicrafts will be held at several public parks from Sept. 21 to 24 from 5 p.m. to midnight.

People in the north can celebrate at Al-Nakheel Park in Sakaka, and in Al-Refa District in Arar.

Those commemorating the day in the south can participate at Sama Abha Park in Abha, and Aba Al-Rashash Park in Najran.

Prominent artists are set to perform on the occasion. In Abha, a concert by Mohamed Abdo, led by Maestro Walid Fayed, will be held at Talal Maddah Theatre on Sept. 24.

These were the details of the news Saudi Arabia celebrates National Day with arts, theater, air shows and music for this day. We hope that we have succeeded by giving you the full details and information. To follow all our news, you can subscribe to the alerts system or to one of our different systems to provide you with all that is new.