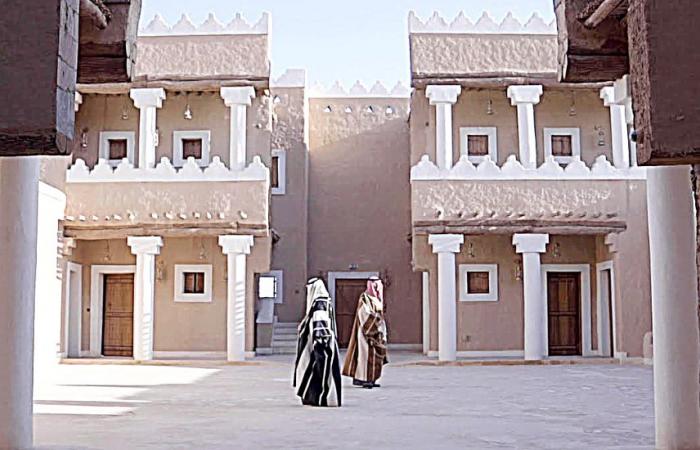 Thank you for reading the news about Diriyah, Jewel of the Kingdom: DGDA exhibits traditional bisht garments and now with the details

Jeddah - Yasmine El Tohamy - BANGKOK: Thailand’s labor and tourism sector chiefs on Friday said they were looking forward to exploring opportunities in Saudi Arabia in the wake of a restoration of ties between the two countries following the Thai prime minister’s visit to Riyadh.

PM Prayut Chan-o-cha was in the Saudi capital on Jan. 25 and 26 on the invitation of Crown Prince Mohammed bin Salman for the first top leadership meeting between the nations in more than three decades.

One of the agreements signed during the trip was a labor cooperation deal, which Thai government spokesperson Thanakorn Wangboonkongchana said on Thursday was expected to take force within two months.

Saudi Arabia was at one time a popular destination for Thai expats with more than 300,000 of them living and working in the Kingdom during the 1980s. Currently, there are less than 1,350 Thai workers in Saudi Arabia, employed mainly as welders, technicians, and household staff, according to Thailand’s labor ministry data.

Aranya Sakulkosol, chairman of the Thai Overseas Manpower Association, a government-affiliated recruitment agency for overseas jobs, told Arab News that the resumption of diplomatic relations was “good news, as Saudi Arabia is also carrying on the developing plan that will provide opportunity for Thai laborers especially those with skills.”

She said that for many years there had been interest in opportunities in Saudi Arabia, as in the past many of those who worked in the Kingdom were able to establish themselves upon return.

“The association expects to start sending the pilot group to work in Saudi Arabia within two months, following the government’s plan. We will see how Thai workers adjust to the employer in Saudi Arabia,” Sakulkosol added.

The southeast Asian nation is also gearing up for more tourist arrivals from Saudi Arabia, following an announcement by the Kingdom’s national flag carrier Saudia of its plan to resume direct flights to Thailand in May.

The Thai government has estimated that the increase in visitors from Saudi Arabia will generate an additional $150 million for its economy.

Chattan Kunjara Na Ayudhya, deputy governor of the Tourism Authority of Thailand, told Arab News that while the coronavirus pandemic situation made it difficult to predict how many Saudis would visit the country, authorities wanted to build on two outstanding areas that could attract travelers: Medical and shopping tourism.

He said: “We plan to do the proactive marketing, including making a promotion plan with airline and travel agencies. Many agencies that we have partnered with previously focused on other Middle East countries such as the UAE, or Jordan. We will now also focus on Saudi Arabia.

“TAT will also plan a roadshow to introduce services in Thailand, such as hotels, to get to know their customers in Saudi Arabia and sell their products there. This could be done soon, probably before June. We have high hopes for increasing the number of visitors,” he added.

These were the details of the news Diriyah, Jewel of the Kingdom: DGDA exhibits traditional bisht garments for this day. We hope that we have succeeded by giving you the full details and information. To follow all our news, you can subscribe to the alerts system or to one of our different systems to provide you with all that is new.