Yemen bans the export of 3 types of fish to Saudi... 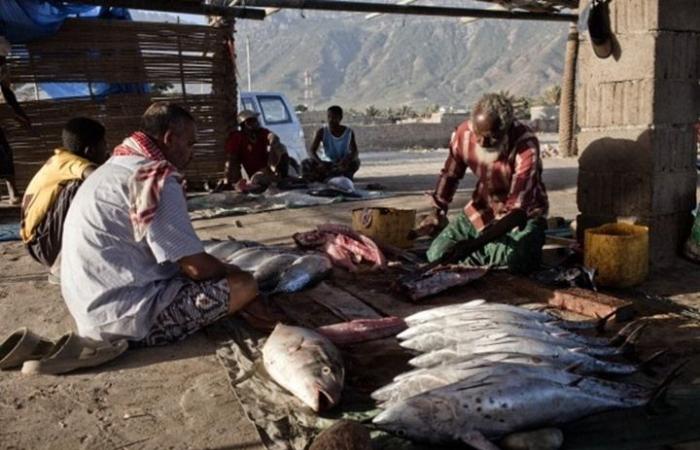 The Yemeni authorities decided to ban the export of three types of fish to Saudi Arabia and a number of neighboring countries, starting from the date of the issuance of the decision announced by the Ministry of Fisheries in the internationally recognized Yemeni government.

And on Thursday, Salem Al-Saqtri, Minister of Agriculture, Irrigation and Fisheries, issued a decision banning the export of fresh fish of the varieties of Thamd (tuna), colt, and maggot abroad, especially to Saudi Arabia and the Gulf countries, due to its scarcity in local markets and the high prices of unprecedented levels.

The rise in the prices of these items increased the suffering of the population as a result of a sharp increase in prices that hit most of the commodities, foodstuffs and consumer goods in the country due to the collapse of the value of the local currency.

Aden, which is declared the temporary capital of the internationally recognized government, and the governorates of Abyan, Hadramawt and other areas in southern Yemen are witnessing a major crisis in the supply of fish and the disappearance of many species, and consequently their prices.

Most of Yemen’s population of about 30 million people are no longer able to provide fish, after it was until recently a staple meal for most residents of Aden and the coastal governorates. The fall of the rial in wartime made fish an expensive luxury for those without hard currency.

More than 80 percent of the population suffers from poverty and hunger, according to the United Nations humanitarian agencies, due to the repercussions of the seven-year war. Most of Yemen’s population currently survives on some form of humanitarian aid.

Yemenis in the south of the country see fish exports to neighboring countries, especially Saudi Arabia, as one of the reasons for the high food price inflation.

Residents in Aden told Reuters that the prices of many types of fish rose sharply, as the price of direk fish (Canad) increased to about 16,000 riyals per kilo ($14 according to the black market price in Aden), compared to 8,000 riyals previously. The price of white sakhla fish (housing) also increased to 12 thousand riyals from six thousand, and Thamd fish to between seven and eight thousand riyals per kilo, from three thousand previously.

Tariq Ahmed, a government employee from the coastal city of Aden and the father of five children, said that he could not buy fish to feed his family, as he used to daily, due to an unusually high price of fish in a coastal city that should not witness such prices.

“Although the currency has regained a lot of its value, after months of suffering due to the collapse of the riyal … the prices of fish are constantly rising,” he added.

These were the details of the news Yemen bans the export of 3 types of fish to Saudi... for this day. We hope that we have succeeded by giving you the full details and information. To follow all our news, you can subscribe to the alerts system or to one of our different systems to provide you with all that is new.