After the “Riyadh Season” harassment videos, the Saudi authorities threaten 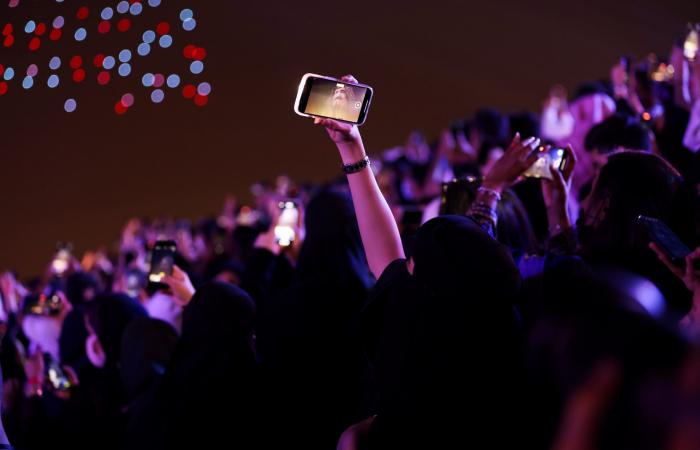 Public Security in Saudi Arabia monitored a number of violations of the public taste regulation at the opening of the 2021 Riyadh season, saying in a statement that the security services will deal with the perpetrators.

The Public Security statement, which was issued on Thursday, came at a time when users on Twitter circulated video clips of women who had been harassed.

Simultaneously, the hashtag Riyadh_Season Harasser spread among users to reveal what happened and arrest the accused. Al-Hurra was unable to verify the authenticity of the published videos.

Public Security spokesman Sami Al-Shuwairekh warned against harming the lives of others by misusing the mobile phone in filming, explaining that penalties range from a fine to imprisonment, pending the violation, according to the Cybercrime Law.

He pointed out that the security authorities will not tolerate any violations, and will apply the legal procedures and penalties prescribed for anyone who violates them.

On Wednesday evening, the General Entertainment Authority launched the Riyadh Season 2021, with an opening ceremony attended by 750,000 people in the Riyadh City Boulevard, according to the Saudi Press Agency.

Since last Sunday, Saudi Arabia has eased the precautionary measures to confront the Corona virus, due to progress in immunization operations and a decrease in infections.

It was decided to allow full capacity in the Grand Mosque and the Prophet’s Mosque, while obligating workers and visitors to wear masks, for those who received the two doses of the anti-Covid-19 vaccine.

It was also decided to cancel the spacing and allow full capacity in gatherings, public places, transportation, restaurants, cinemas, all stadiums and sports facilities, also for the completely immune.

And it was decided not to impose the wearing of masks in open places, except for the excluded places, with the obligation to wear them in closed places.

These were the details of the news After the “Riyadh Season” harassment videos, the Saudi authorities threaten for this day. We hope that we have succeeded by giving you the full details and information. To follow all our news, you can subscribe to the alerts system or to one of our different systems to provide you with all that is new.