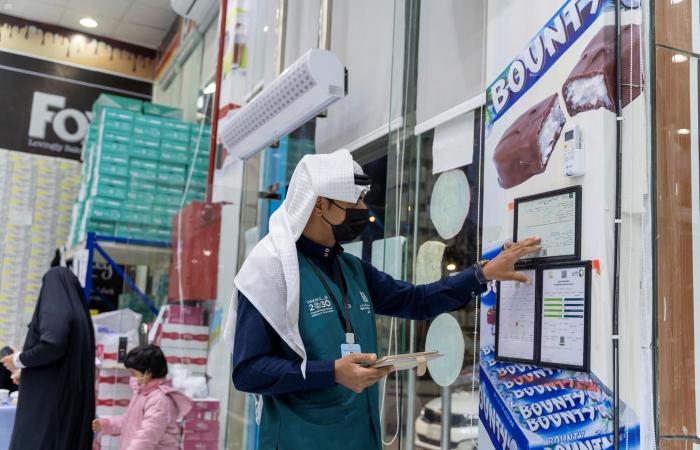 Jeddah - Yasmine El Tohamy - JEDDAH: Stricter measures could be enforced in Saudi Arabia by relevant authorities if and when needed, a Ministry of Interior (MoI) spokesman said, adding: “The decision is in the hands of the public.”

In a joint press conference between the MoI and the Ministry of Health (MoH), the MoI’s spokesman, Lt. Col. Talal Al-Shalhoub, said that authorities are continuously monitoring the situation and public adherence to protocols.

A 70 percent increase in violations were reported in the past week alone, said the MoI spokesman. He added that the increase is a clear disregard to the rules and regulations set by the relevant authorities from the beginning of the pandemic last March.

“All violators were dealt with and have taken the necessary statutory measures against them,” assured Al-Shalhoub.

He added that anyone who shares rumors and false information regarding the coronavirus disease (COVID-19) through social media platforms will be fined up to SR1 million ($266,000), adding that violators could also face jail sentences between one and five years.

During the same press conference, MoH spokesman Dr. Mohammed Al-Abd Al-Aly noted that the public’s lack of adherence to precautionary measures led to the closures and restrictions that were issued last week.

“We’ve sacrificed a lot and made good progress to get to this point in time,” said Al-Abd Al-Aly, adding: “It’s true that we’re recording increasing numbers but there’s still hope yet.”

Along with the Kingdom, the spokesman noted a significant rise in cases in the wider region, with some countries reactivating stricter measures such as travel bans, curfews, and halting dine-in services to combat the spread.

The spokesman also noted that the Kingdom is taking extra precautions following the concerns over the three major COVID-19 variants.

The British, South African and Brazilian variants are being monitored by the Saudi Center for Disease Prevention and Control to provide updates on their gene sequences.

Saudi Arabia reported 317 new cases on Sunday, raising the total number of cases in the Kingdom to 370,278.

“Regarding the daily confirmed cases, the curve is on a rise again, close to 300 percent from the numbers that were recorded in January,” said Al-Abd Al-Aly, adding: “We’re closely, carefully, worriedly and continuously monitoring the numbers.”

The spokesman added that the direction of the curve can go either way. Stricter measures might be applied if the daily count continues to rise due to the noncompliance, but rules could be relaxed if the public continues to adhere to them.

According to the figures, 80 percent of the rise in numbers in the past few weeks were due to weddings, crowded public and family gatherings, and people going to restaurants without taking precautionary measures.

There are currently 2,361 active cases, of which 408 are in critical care. There were seven new critical care patients in the past 24 hours, with the Kingdom enduring a 35 percent increase in critically ill patients since January.

The number of new recoveries reported was 278, raising the total number of people who have recovered from COVID-19 to 361,515.

Five new deaths due to COVID-19 complications were also reported, raising the total number of mortalities to 6,402.

These were the details of the news Saudi authorities close 550 shops in virus crackdown for this day. We hope that we have succeeded by giving you the full details and information. To follow all our news, you can subscribe to the alerts system or to one of our different systems to provide you with all that is new.