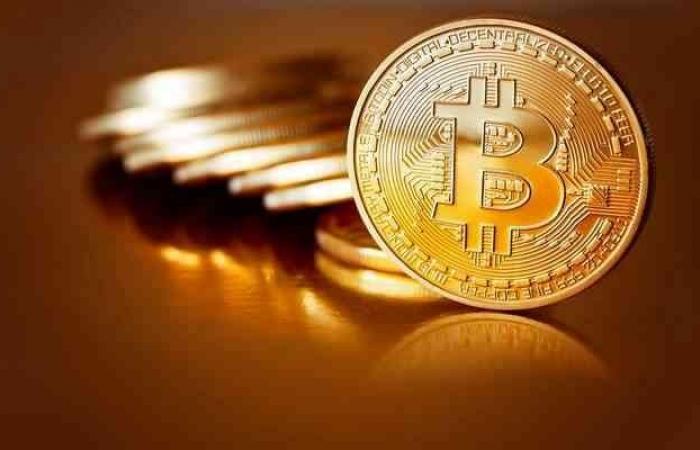 Informed sources revealed that there are 7 main reasons behind the unprecedented rise in the price of the digital currency “ Bitcoin”, which amounted to more than 33.9 thousand dollars, according to yesterday’s trading, or the equivalent of about 124.7 thousand dirhams for the decentralized digital currency with limited supply, which was left There is a field for mining (production) more than 2,410,768 of them, while global investment institutions have not ruled out that Bitcoin undermines the throne of the dollar, whose index has declined 12% since last March, and replaced the dollar as the first currency for cash reserves in the world.

This is a record price jump after Bitcoin recorded 3000 on November 26 (less than two months) until it reached this unprecedented price, recording $ 33900 in yesterday’s trading, ie a growth of 1030% in just 40 days.

The sources expected, in statements to “Al-Bayan Al-Eqtisadiyya,” that the demand of individual and corporate investors in the UAE to invest in the digital currency will increase, of which 18,587,306 have been mined so far, while the maximum number that can be mined is only 21 million units, pointing to the difficulty of determining a trading volume. The digital currency, which began to absorb investor liquidity in the UAE or other markets, because Bitcoin trading continues to suffer from the absence of a clear regulatory framework.

Experts pointed out that the resilience of the UAE economy, its unique readiness and flexibility, and proactive initiatives enable it to regulate the circulation of cryptocurrencies and adapt to digital payments.

Experts pointed out that there is a prevailing belief in the markets today that Bitcoin, which began mining and circulating in January 2019 or 12 years ago, qualifies as a hedge currency and an alternative to future gold against expected inflation due to the easing policies of central banks in the world, such as expansion In the programs of buying bonds significantly and reducing interest rates to zero, and even below zero in some countries such as Japan, in addition to the central banks offering large financial packages in America and Europe after the “ Corona” crisis, and this led to a significant increase in the money supply, This was reflected in a 12% decline in the dollar index since last March.

Experts pointed out that this gave “ Bitcoin” an investment priority, especially in light of the limited number of “ Bitcoin”, which will not exceed 21 million units, leaving only 10% of the possibility of mining.

Wael Hammad, Regional Director at ECM Capital, said that individual investors were the largest investor in buying Bitcoin until 2017, when its value rose to levels of 20,000, while there are large financial institutions today such as Square and PayPal is trying to restore its financial positions by directing it to this currency in order to achieve financial returns that were absent in the financial markets.

He added, “The permitted number of Bitcoin production is divided every 4 years, to ensure its transparency, and this leads to a reduction in supply, and thus an increase in demand and prices.” The first split process in November 2012 led to an increase in the price of Bitcoin from 12 to 1150 dollars, and the last division took place in May 2020, which gives Bitcoin an additional advantage over the rest of the assets.

Tariq Al-Rifai, chief executive of the Corum Center for Strategic Studies in Britain, said: One of the main reasons for the rise in Bitcoin is the trend of more investors to invest in high-risk assets, due to the decline in their confidence in traditional global markets since the beginning of the year due to the pandemic. And increasing its confidence in technical assets in general, indicating that Bitcoin rose more than 7 thousand dollars in just one week, with the expectation of a continuous rise in cryptocurrencies, especially Bitcoin, in the coming months.

Experts pointed out that Bitcoin trading, which is a decentralized currency, in contrast to the money supply controlled by central banks, through digital platforms is not governed by weekends like other trading markets, which gives an impetus to speculators to invest especially during the weekends.

Experts pointed out that Bitcoin, which was born from the womb of the Internet, and Blockchain are suitable for the digital world in which we live today, especially with the efforts of major technology companies such as Facebook to introduce digital currencies, which are viewed as an ambitious and bold step for global payments and transfers in particular. In light of its transparency, decentralization, and immunity against inflation, as it is not linked to government currencies.

Experts attributed the rise in the price of “ Bitcoin” as well to the resignation of Jay Clayton, Chairman of the US Securities and Exchange Commission last December, who was one of the strongest opponents of regulating digital currencies and cryptocurrencies or listing any investment funds related to “ Bitcoin”.

It is expected that Clayton will be replaced by someone who is not opposed to regulating digital and cryptocurrencies, and this will certainly lead to a large investment offering that uses Bitcoin as one of its assets.

Iyad Aref, founder of the “#Namazone” Center for Economic Research, said that the rise of “ Bitcoin” near the level of 34 thousand dollars comes as a result of several important reasons, the first of which is the increase in the institutional tendency to invest in Bitcoin and digital currencies in general.

Second: With the spread of huge stimulus packages and quantitative easing from governments to cope with the burdens of the Corona epidemic, a large number of investors have moved towards digital currencies and Bitcoin with prudential buying to counter possible inflation.

Technically, the current highs are not only a result of the past weeks, but are due to an important incentive that was in April 2020 the halving, or the reduction of the mining prize from 12 units to 6 bitcoin units, thus reducing the supply of Bitcoin quantities that were faced by undue demand. It is preceded by institutions, it is natural that prices will continue to rise according to well-known market theories.

International investment banks have expected the price of “ Bitcoin” to rise significantly in the coming period.

Other financial institutions also expected that the digital currency will continue to gradually rise to more than 50 thousand during the first quarter of 2021. Morgan Stanley expected the price of Bitcoin to rise to more than 200 thousand dollars by the end of 2021, but the Global Investment Bank went to more than That is when he predicted in a recent statement that Bitcoin would become the global reserve currency instead of the US dollar, which would face further decline.

Last November, the Emirates Securities and Commodities Authority set 5 standards and requirements for collecting encrypted digital finance, including funds and crypto assets in the country for the purposes of underwriting an offering of crypto assets, other than an offering to qualified investors or on the basis of a documented reverse promotion.

According to the system for the activities of encrypted assets, it is necessary to first consider obtaining a license from the authority to practice the activity of fundraising in relation to encrypted assets in the country, and the license includes approval to operate the encrypted digital finance collection platform, and no customer will be allowed to invest more than 350 thousand dirhams or The equivalent of this amount for any issuance of crypto assets, and the Authority may, according to the directives it issues, amend the amount from time to time.

These were the details of the news 7 reasons behind the jump in the price of “Bitcoin” –... for this day. We hope that we have succeeded by giving you the full details and information. To follow all our news, you can subscribe to the alerts system or to one of our different systems to provide you with all that is new.