This is what Hatem Ali asked about his new series, the... 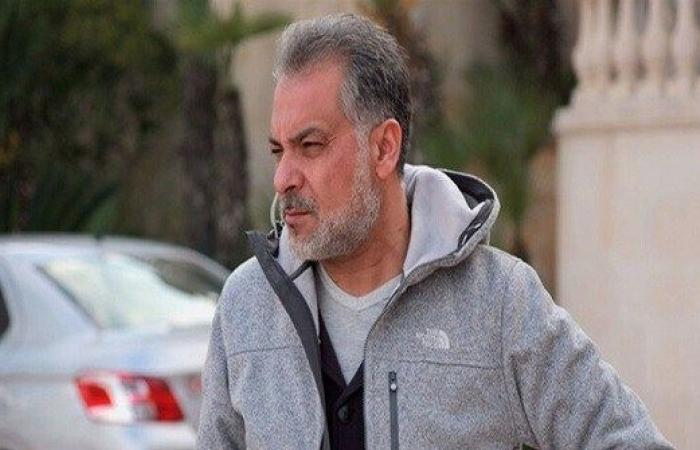 Al-Madina News: – As is the habit of the great Syrian director Hatem Ali, and as his fans, fans and friends from the artistic community know about him, his indulgence in work and diligence so that the details come to light in a way that the audience admires, which is what he was doing in his last series, which he was preparing for and which was titled Berlik travel.

Hatem Ali was continuing to work on the series, which was revealed by the author Maher Mansour, through a post on his account on “ Facebook”, confirming that he requested amendments to the tenth episode of the series, indicating that he arrived in Cairo before the departure of Hatem Ali, and obtained from him Notes on the episode.

Maher Mansour, who shared a picture from Hatem Ali’s office, added that he finished the modifications to the episode and allowed Hatem to modify only one scene, noting that the episode arrived at his office on the morning of his departure, and that the next day, Laith Hajjo director, will join the work.

Maher Mansour said a text: “True love is just as true sadness, we do not understand it except in the details. One day before his departure, I arrived in Cairo. He sent me his notes on the tenth episode of the series, amended it and left him to modify one scene.”

The writer continued, saying: “I did not meet him on the eve of his departure, he was supposed to move to live in the hotel that I live in and meet him there, and on the same day the dear Laith Hajjo joins us .. but he left shortly before that,” adding: “I look at those details today, and this is the tenth episode that He asked that it be at his desk on Tuesday morning / the day of his departure, in order to alter the remaining scene in it in his handwriting.

Maher continued by saying: “This is his office, which I have not dared to enter since we received the news of his death, this tenth episode awaits him .. and in it the only scene will remain without modification .. I wrote to him at night: (I amended everything and this scene remained. I tried to amend it, but it needs to amend it.” You are)”.

He concluded, saying: “The scene has not been modified .. How will it be modified .. This is his office and this episode is waiting for him .. But he did not come and will not come .. The grief for # Hatem_ Ali lies in the details, you need a lot of time to perceive it and feel it .. It surprises you from where you do not know. .

Today, Friday, the funeral of Hatem Ali, to his final resting place, was witnessed by the large presence of many art stars in Syria, and dozens of fans of Hatem Ali also appeared at his funeral, which started from the Shami Hospital in Syria, with a heavy presence of the media.

Hatem Ali’s family appeared, in the scene of his funeral, where his sons “Omar, Ghazal, Ghalya” entered into a fit of crying mourning for his separation, while many of the attendees contributed, while some were keen to broadcast video clips via “direct broadcast” technology from the moment the body reached a mosque “ Al Hassan” for performing funeral prayers on his soul, amid calls for mercy and forgiveness.

A video clip documented the moment of the funeral of the body from Al-Shami Hospital to the Bab Al-Saghir cemetery, where it was his final resting place, while the attendees chanted: “There is no god but God,” while he was also bid farewell with the verses of the Holy Qur’an.

These were the details of the news This is what Hatem Ali asked about his new series, the... for this day. We hope that we have succeeded by giving you the full details and information. To follow all our news, you can subscribe to the alerts system or to one of our different systems to provide you with all that is new.