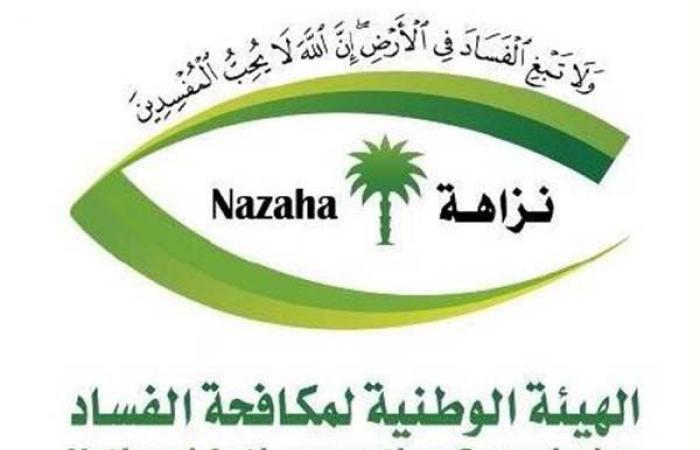 Hind Al Soulia - Riyadh - The ongoing anti-corruption campaign has led to dozens of new arrests in recent months and confiscation of illicit money, earning it popular support and praise.

RIYADH – In a sign of the seriousness of Saudi efforts to contain the phenomenon of corruption and of the implementation of Saudi Crown Prince Mohammed bin Salman bin Abdulaziz’s statement three years ago that “whoever is proven to be involved in a corruption case will be held accountable, whoever he may be”, the Control and Anti-Corruption Authority (Nazaha) launched a new anti-corruption campaign that is likely to touch senior figures in the country who have long been shielded from any form of accountability.

Most observers assert that completing this path, regardless of whether it will contribute to supporting the economy or not, will have many benefits, including anchoring the rule of law, protecting public funds, accelerating the pace of reform, strengthening the principle of transparency, pushing forward with the implementation of the “the Kingdom’s Vision 2030” and restoring spoiled rights to their rightful owners.

Saudi authorities’ continued handling of this important issue within the context of the kingdom’s programme of comprehensive reform shows a change in the way state institutions work, especially those tasked with combating corruption and holding those responsible accountable by ridding them of the heavy bureaucracy that was behind their slow and inefficient performance.

Saudi Arabia aspires to achieve the largest reform drive in its contemporary history, a process that affects various social, cultural, religious and economic aspects, as it seeks to diversify its sources of income and develop its national wealth through better management and investment in the country’s development.

After the confiscation of large sums of cash, some of which were hidden in false ceilings and water tanks, the new anti-corruption campaign is raising concern among prominent figures and state officials that it will eventually affect them, given the strong odds for this campaign to achieve its desired goal, which is to disrupt the emerging corruption networks that affect most sectors.

The campaign, launched in 2017, saw the arrest of senior military officials, as well as junior bureaucrats, and dozens of princes, businessmen and politicians who were at the time placed under arrest at the Ritz-Carlton Hotel in the capital Riyadh.

After compiling evidence against those accused of involvement in corruption cases, including princes, ministers and high-ranking officials, the campaign against corruption made its strongest move in arresting eleven princes, ministers and CEOs of major companies, who were charged with money laundering, bribery, extorting some officials and peddling influence to achieve personal gains.

Investigations published by government media stated that the official anti-corruption commission in the country arrested, after a series of raids it conducted, two bribe-seekers who were “caught red-handed” and found cash hidden in attics, an underground safe and even a mosque.

Among the prominent figures arrested during the first wave of the anti-corruption campaign, were businessman Prince Al-Walid bin Talal, Prince Turki bin Abdullah, Prince Fahd bin Abdullah bin Muhammad, deputy defence minister and former commander of the Navy, and Prince Miteb bin Abdullah, head of the National Guard, who was removed from his post and succeeded by Prince Khalid bin Abdulaziz bin Ayaf Al Muqrin, who is affiliated with the young generation of princes.

After weeks of detention, the princes and businessmen were released after reaching financial settlements with the authorities, while the authorities said they had recovered more than $107 billion.

In a remarkable shift, the campaign against corruption then turned its attention to junior officials. Last November, authorities announced the indictment of a number of defendants in cases of financial and administrative corruption, which observers considered another step on a path that would be long and tortuous and affect officials of various levels of authority.

The ongoing anti-corruption campaign has led to dozens of new arrests in recent months and confiscation of illicit money. What is more important is that it gained popular support and praise. The anti-corruption commission has established a toll-free phone number for citizens to report any suspicions of corruption.

A local official, who declined to be named, confirmed to the French press that “the new message of the Saudi rulers to the corrupt is that you will not go to the Ritz this time, but rather to a real prison. So now, any official receiving bribes is afraid of being next in line.”

To emphasise the seriousness of the campaign, Nazaha announced last October that one of its employees had been arrested on charges of corruption. Saudi Arabia ranks 51 out of 180 in Transparency International’s Corruption Perceptions Index, and has faced decades of graft and clientelism or favouritism.

However, compared to its neighbours, Saudi Arabia is lagging behind in adopting plans on larger scales and for longer terms. In 2008, for example, Bahrain, the UAE and Qatar announced national plans for 2030, and they were joined by Kuwait two years later.

Some analysts attributed a large part of this lack of longterm vision to the peculiarity of the situation in Saudi Arabia and the control of a special view imposed by specific political and regional circumstances, which later turned into a policy that mainly served the views of clerics and a specific class of officials.

For decades, two factors have encouraged the scourge of rampant corruption in the Saudi context: a wealthy state on the one hand, and the presence of many breaches in the administrative bodies and control institutions on the other hand. In recent years, Saudi authorities have begun addressing the second factor.

However, the new campaign, which targets everyone from senior defence officials to junior officials in municipalities, health and environment fields, sends a strong message that the young crown prince is forging ahead with the reform policy. One observer said that the campaign seeks to confirm that “there is only one leadership.”

Last December, and in order to impart extra momentum to the campaign, Saudi King Salman bin Abdulaziz Al Saud issued a royal decree approving the new organisational and structural measures related to combating financial and administrative corruption in the kingdom, in a new step towards increasing the efficiency of institutions in responding to the comprehensive reform trend in the country and addressing the phenomenon of corruption in order to protect the resources of the state.

Crown Prince Mohammed informed the Shura Council last month that the anti-corruption campaign had returned 247 billion riyals ($66 billion) to the Saudi treasury in the past three years, in addition to recovering real estate and investment shares assets worth billions.

Although there is some speculation about whether the campaign aims to exclude from power some security officials who are considered not loyal enough to the current rulers, it will, in turn, help strengthen the state’s coffers in the midst of a severe economic downturn. A Saudi academic, whose identity the French Press Agency did not reveal, confirmed that “the real target is not the corrupt individuals per se, as much as it is collecting fines and new sources of income.”

David Rundell, a former chief of mission at the US Embassy in Riyadh, shares this view. “I think there are few political opponents in the corruption network, and the main reasons for the campaign are to end corruption, stimulate development and raise funds,” he explained.

“It seems to be working,” he added. “Many Saudi businessmen told me that corruption has decreased significantly but it hasn’t disappeared completely; it has receded and become less socially acceptable.”

Local observers say the campaign is essential to steer the oil-rich country away from a decades-old culture of extravagance and poor accountability, which the kingdom cannot afford in an era of low oil prices.

Crown Prince Mohammed has good reason to have authorities target the corrupt. He stressed in a speech before the Shura Council that “the cancer of rampant corruption poses a threat to development and prosperity, as it eats up between 5 and 15% of the state budget.”

These were the details of the news New turning point seen in Saudi battle against corruption for this day. We hope that we have succeeded by giving you the full details and information. To follow all our news, you can subscribe to the alerts system or to one of our different systems to provide you with all that is new. 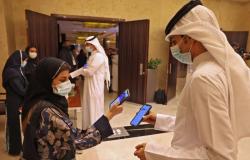 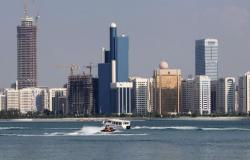 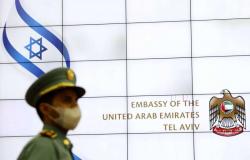 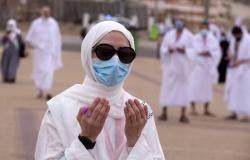